Devin Dawson Net Worth – Updated for 2018 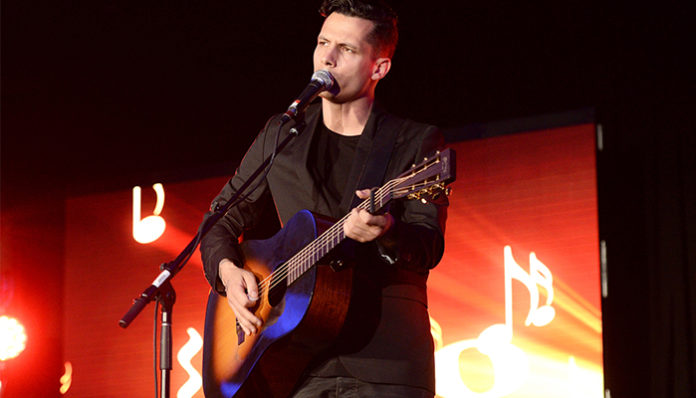 A rising country star, Devin Dawson recently made his debut with the single, All on Me. From Orangevale, California, he grew up listening to Alan Jackson, Marvin Gaye and Johnny Cash, all of whom has inspired his work. After many years of experimentation, he moved to Nashville, Tennessee to study music at Belmont University.

Once there, he utilized his songwriting skills to help pen several songs for other artists. At one point, he even created a mash-up of Taylor Swift’s hit song, Blank Space, which got a thumbs up from the pop star herself. Since then, Dawson has landed a record deal with Warner Brothers Nashville, through which he’s been releasing his own material.

His debut single titled, All on Me was later released in February 2017. A considerable hit, it managed to garner close to two million streams in just two week’s time. So with all that’s been said, how wealthy is the country singer? According to sources, the 28-year-old currently has an estimated net worth of $150,000. How did this amount come to be? Where does he make his money from? Let’s find out.

How did Devin Dawson Make His Money & Wealth? 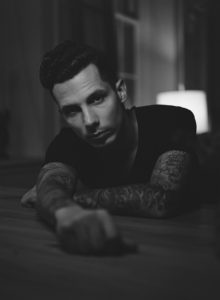 Born on January 30, 1989, Devin Dawson grew up just outside of Folsom Prison in Orangevale, California. Introduced to music early on, he spent his youth listening to R&B, country and classic rock; some of his favourite artists include Alan Jackson, Marvin Gaye, and Johnny Cash. Unfortunately, not much else is known about his early life. Having said that, we do know that he toured with a metal band called Shadow of the Colossus after graduating from high school.

From there, the aspiring musician made the move to Nashville, Tennessee to attend Belmont University. Studying songwriting and music business, Dawson took every chance that he could to hone his skills. Eventually establishing himself on Youtube, he posted a series of covers including those of Amos Lee and Damien Rice’s work. For his efforts, he garnered himself a considerable audience on the site.

Soon afterwards, the artist gained some attention for his mash-up of Taylor Swift’s, Blank Space and Louisa Wendorff’s Style. Hugely popular, the song not only received millions of streams online, but it also earned a thumbs up from the pop idol herself. A small break of sorts, it brought him to the attention of the public for the first time. As one thing led to another, Dawson eventually found himself signing a record deal with Warner Music Nashville.

According to the singer, he had learnt how to write songs simply by “listening to country music and setting up words.” Allegedly, he had “grew up analyzing [the culture of songwriting] without even realizing it.” On February 17, 2017, Dawson released his official debut single titled, All on Me via the Warner Music label. Praised by critics, an official music video was later uploaded onto Youtube; as of August 2017, it has been viewed more than 424K times.

Just a week after his debut release, he came out with his second single titled, Secondhand Hurt. A solid follow up to All on Me, it has been streamed a few thousand times on Soundcloud since it was first uploaded. Though not as big of a hit as his earlier breakthrough, the song has gone on to garner close to 30,000 plays on Dawson’s official Youtube channel.

That same month, the country singer contributed a song titled, Honest to God to the drama film, The Shack (2017). Included in the original soundtrack, it proved to be a decent hit, supported by the success of the motion picture. To date, the official audio has been listened to over 155K times on Youtube- making it his second most popular track to date (behind his debut, All on Me).

Then on March 3, 2017, Dawson dropped his third single, I Don’t Care Who Sees. Made available via iTunes, the song was also promptly uploaded onto his official Soundcloud account, where it has since been streamed over 6,000 times. Like his previous releases, a music video soon followed on his Youtube channel; so far, the MV has been played more than 60K times on the site.

Despite being a relative newcomer, Dawson would have taken home some earnings from the above music releases. With that said, our best guess is that he earned the most from his debut single, All on Me as it remains to be his most popular song to date. As far as full-length projects go, it’s been said that the country singer has plans on releasing an album later this year. Seeing as how we’re already halfway through 2017, the wait shouldn’t be too much longer.

In addition to what he makes from his record sales, the singer presumably also rakes in a decent amount from putting on shows and performances. Even prior to his official debut in February 2017, Dawson had hit the stage multiple times. For instance last year, he had travelled to and performed at over a dozen cities across the United States from Chicago, Illinois to Dallas, Texas. From what we can tell, his first public performance was at that of Rocketown in Nashville, Tennessee in March 2014.

More recently, Dawson embarked on The Hero Tour with Maren Morris this spring. Kicked off on March 1, 2017 at Oxford, Ohio, it continued for nine dates until April 5, 2017 at Nashville, Tennessee. From there, he did a few more shows in the city before joining Faith Hill and Tim McGraw on their Soul2Soul World Tour this summer.

If you want to see the singer perform up on stage, you’re in luck- according to his official website, he still has several show dates planned for later this fall. For instance, he will be performing at the Rockin’ Country Musical Festival in Minnesota, at the Garden State Festival in Atlantic City, and at a Michael Ray event in Lexington, to name a few. For more information, please visit his official website.

For those who’d like to support Dawson’s work, the artist has also set up an online store via his official site. Available through the Warner Music webpage, a variety of merchandise is available for purchase from posters, t-shirts, to bottle openers (items range from $1.29 for a digital single to $25 for a t-shirt).

Like most musicians, he has probably also been monetizing his Youtube channel. Since he first launched his account in February 2013, Dawson has amassed over 7,500 subscribers with more than 708K lifetime views. As of August 2017, his most popular upload, the music video for All on Me has been viewed over 424K times.

How much has Dawson earned from his Youtube channel so far? Assuming that he’s joined Google’s partnership program, he would be able to earn a few dollars per 1,000 views (typically in the ballpark of $2 to $5). Seeing as how he has accumulated 708K views, he would have easily already earned between $500 to $1000 on the site.

As his subscriber count on Youtube increases (e.g. more views), his ad earnings would presumably, also increase. Given that he’s only recently made his debut this year, the 28-year-old still has plenty of room left for growth. With that, it wouldn’t be surprising for him to eventually make more from the site.

As far as television appearances go, he was invited to perform on E! Live from the Red Carpet in 2015. More recently this year, he was also featured on an episode of Late Night with Seth Meyers (2017) as a musical guest.

Reiterating what we’ve said earlier, Devin Dawson currently has an estimated net worth of $150,000. To summarize, the bulk of the artist’s income most likely comes form his record sales and concert performances (e.g. assuming that he earns upwards of a few thousands per show). On top of that, he also receives a decent amount of passive income from his Youtube channel (which is sure to grow with time).

Due to a lack of information, it’s currently unknown whether or not the 28-year-old is in a relationship. Whether he’s simply tight lipped about his personal life or he’s actually single, that is still up in the air.

Does Devin Dawson Have Any Children?

From what we can tell, Devin Dawson does not have any children that we know of.

Did Devin Dawson Go to College?

Yes he did. After completing high school in his native California, Dawson toured with a metal band called Shadow of the Colossus for a brief period before deciding to move to Nashville, Tennessee at the age of twenty three. Once there, he enrolled at Belmont University where he majored in Music Business and Songwriting; he recently obtained his Bachelor’s degree earlier this year.

As a teen, Dawson spent the majority of his youth near Folsom State Prison. After graduating from high school, he moved to Nashville, Tennessee to pursue his musical interests; it is presumed that he still resides there to this day.

At this time, we do not have any further details or photos of Devin Dawson’s location.

What Kind of Car Does Devin Dawson Drive?

We do not have information on Devin Dawson’s vehicle at this time.

From an aspiring musician to an established artist, Devin Dawson has come a long way these past few months. Since he first gained recognition for his mash up of Louisa Wendorff’s Style and Taylor Swift’s Blank Space in 2015, he has landed a record deal with Warner Music Nashville and put out a handful of songs.

To date, his most successful release remains to be that of his debut single, All on Me which has since been streamed over 424K times on his official Youtube channel.

Speaking of Youtube, the 28-year-old has already amassed over 7K subscribers on the site- not too shabby for someone who just made his debut a few months ago! Gradually rising in fame, he currently has 13.3K followers on Instagram, 4.9K fans on Twitter and 12K likes on Facebook.

How Much Did Devin Dawson Make Last Year?

Details on Devin Dawson’s 2016 income is unavailable at this time.

As mentioned above, Devin Dawson has several concert dates planned for the rest of the year- for more information please visit his official website.

As far as music releases go, a full length project is currently also in the works.