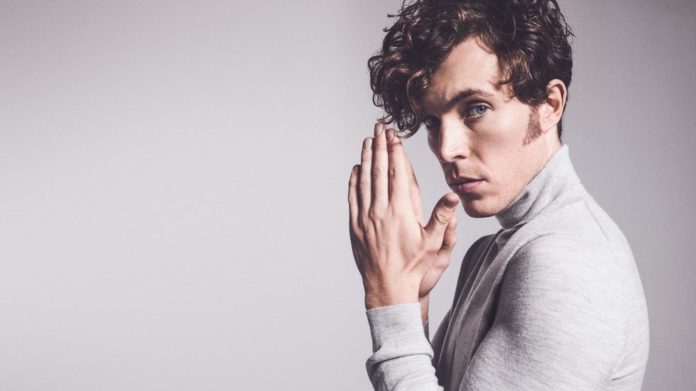 It’s not uncommon to hear that someone is “totally going to be the next big thing” and for the majority of people about whom such is said, it will not prove true. Sometimes, however, an artist, singer, actor, or musician has that certain something and all the predictions come true. This is probably the case with Tom Hughes, the actor poised to be the next British national treasure shared with the world. He’s got the background and the cred, but is this guy really the real deal? Does Tom Hughes have what it takes to truly be the Next Big Thing? Let’s take a look at his rise to stardom.

How Did Tom Hughes Make His Money & Wealth? 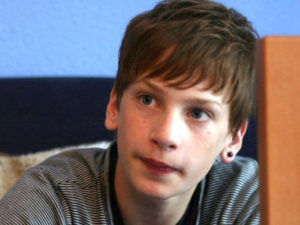 Born on April 18, 1985 in the Chester region of Cheshire, England, young Tom was obviously very talented in the visual arts, which seems to run in the family, as his father was also quite musically inclined. While attending Upton-by-Chester High School, he made sure to leave plenty of time in his schedule for acting, a member of the Cheshire Youth Theatre, Jigsaw Musical Theatre Company, and the Liverpool Everyman Youth Theatre. In addition to his acting, Tom also played guitar as an on-again-off-again member of his father’s soul band Safehouse and still does occasionally to this day. After graduating, Tom followed his dreams and enrolled at the prestigious Royal Academy of Dramatic Art, graduating in 2008 with a Bachelors in acting and ready to get into the scene (pun intended!) He cut his teeth on some short films (Tortoise and Storage, 2009) before landing recurring roles on the BBC’s comedy Casualty 1909 and Trinity on ITV. The next year brought a bigger break in the form of a role in the 2010 bio-pic of new-wave legend Ian Drury, Sex & Drugs & Rock and Roll, with Andy Serkis and a part in Cemetery Junction (directed by Ricky Gervais).

By 2011 when Tom took a part in the television movie Page Eight and a role in Silk (6 episodes) it was becoming apparent that he was being pigeonholed into specific roles; young hot fill-in-the-blank. The next three years were a procession of ever-increasing type parts in films and television series as Tom Hughes was beginning to become a hot commodity, including Richard II (2012, with Sir Patrick Stewart), The Lady Vanishes (2013), Dancing on the Edge (2013), Agatha Christie’s Marple (2013), and Derek (2014). Tom’s breakthrough role was to come, however, in 2015 with his casting in the series The Game, as a seductive ‘honeypot’ MI5 agent using his gentlemanly charms during the Cold War in a deadly spy game in 1970’s London. Tom’s charm, gentility, and talent for playing roles in period pieces made him a natural consideration for the part of none other than Prince Albert on ITV’s critically acclaimed series Victoria (opposite Jenna Coleman of Doctor Who fame) detailing the life and romance of the royal couple whose marriage defined an era in history. The obvious on-screen chemistry between Tom and Jenna set fans afire and there’s talk online that the smouldering historical sensuality rivals that of BBC’s own period drama Poldark.

The good news is that Victoria has been renewed for a second season as well as a Christmas special (a time-honoured British television tradition) and the even better news is that Tom is appearing in the revenge-thriller Paula, currently airing on the BBC. The world never seems to tire of the young (hot) Englishman in a historical setting (paging Downton Abbey!), a trend that could make Tom Hughes not only the Next Big Thing but also the next big British export to Hollywood. 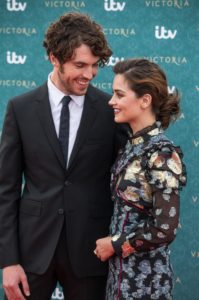 Tom is not married but he’s not exactly single either. Known for wanting to preserve his privacy and keep his personal relationships to himself, he told The Times that he was not going to talk about that and when pressed, expanded that it was a part of his life that was not open for discussion, ouch! The truth is, several “insider” sources went tongue-wagging to the British tabloids that there just might be something romantic going on between Tom and his Victoria costar Jenna Coleman, something the source claims they’ve been keeping under wraps “for months”. Was it true? Neither were saying but The Mail on Sunday broke the story and though there was never a formal announcement, The Daily Mail reported that they’d moved in together. It’s rather common for costars to fall for each other, either eventually drifting apart or staying together for the long haul and as private as Tom is, it makes sense that he’d like to keep that news quiet.

Did Tom go to college?

Tom attended the Royal Academy of Dramatic Art in London, one of the oldest and most prestigious acting schools, founded in 1904. It’s affiliated with King’s College London, who validate the higher education qualifications received there and only the best are in charge. Sir Kenneth Branagh is the current president and Alan Rickman served as the vice-chairperson until his death in January, 2016.

Has Tom won any awards?

Though he’s yet to waltz down the red carpet and return with an armful of gold, Tom has garnered some attention. In July 2010 ‘Company Magazine’ voted him the tenth most eligible bachelor in Britain and his role in Cemetery Junction (as chappy Bruce in 1970’s England debating his future) was highly praised, winning him a nomination as Most Promising Newcomer in the British Independent Film Awards.

Is it true that Tom has been in a few bands? 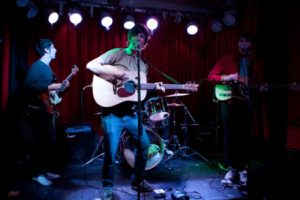 It’s absolutely true! Tom plays the guitar and has since the tender age of five, calling his music “a part of life itself.” An occasional member of his father’s soul band, Safehouse, he’s not afraid to get onstage with a 65 year-old man and his mates and jam until the pub closes. More recently in 2009, Tom and his three flatmates formed an indie band, Quaintways, based on his favourite musical influences of the 1960’s and 1970’s. Coming on the heel of his appearance in Sex & Drugs & Rock and Roll, one can’t but wonder if it was ruminating on the origins of new wave that drove Tom and his fellows (all friends since childhood) to go beyond talking and start a band. Sadly, due to increasing filming schedule and rising star power, Tom stepped away from Quaintways in late 2011 and two of the remaining members reformed as The Broxton Hundred. That Tom still performs with Safehouse is a good indication that music will always play a significant part in his life and besides, a lot of actors eventually manage to maintain an acting/music balance (Jared Leto is a good example).

What does Tom do with his wealth? 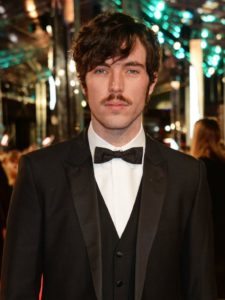 He’s so tight-lipped that it’s hard to find out! The rumour is that he and Jenna Coleman have moved into a luxury flat somewhere in North London but where or how it’s decorated is anyone’s guess. Tom has style, because when you’re going to be the Next Big Thing, the best advice is dress for the job you want, right? He’s got some experience there, having done some modelling work in 2009 for the Burbury autumn/winter collection along with the fantastic Emma Watson. There’s even conflicting information on what kind of car he’s driving (or prefers, though we do know that sports-wise, he’s a Manchester United fan) as Tom stays off social media. That’s right, a celeb without Twitter or Instagram, though Jenna does have latter but her posts are strictly business. Still, it’s doubtful there’s lavish parties, bank-busting holidays, or fancy Italian sports cars being carefully hidden by this man from Cheshire (though fans can dream, can’t they?)

What’s next for this budding sex icon? He’s not saying but that’s a good thing, as Tom has made a reputation with journalists for being elusive, though still very charming and personable. Whatever he isn’t saying can only be more projects, possibly connected to Ricky Gervais as the two have worked together several times in the past. Will Tom Hughes become the Next Big Thing and a pride for Brits for years to come? Only time will tell but right now the odds are looking quite in his favour.