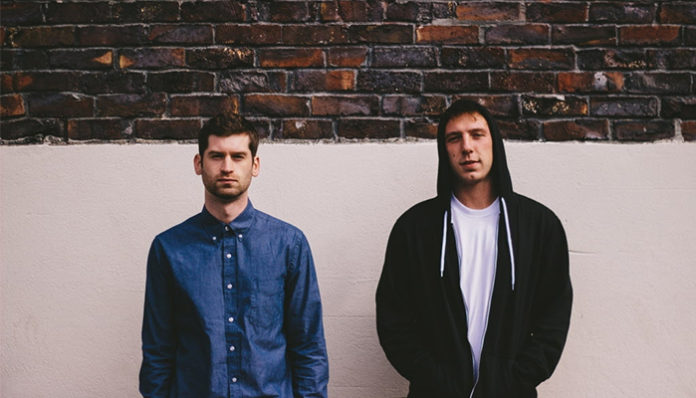 Electronic music duo Odesza first came to the public’s attention with the release of their debut album, Summer’s Gone in 2012. Known for their jams, the pair consists of Clayton Knight and Harrison Mills, both of whom are from Seattle, Washington. Though they were acquainted with each other earlier on, it wasn’t until 2012 that they decided to team up to form a music duo.

Coming together with their mutual interests, they soon began to record their own material. After a while, they dropped their debut studio album titled, Summer’s Gone in the fall of 2012. A considerable hit, it eventually earned them the opportunity to open for Beat Connection and Teen Daze in Bellingham. Since then, Odesza have gone on to release two additional albums, In Return and A Moment Apart.

A talented pair, the two have come out with several charting singles including All We Need (Feat. Shy Girls), Meridian, Line of Sight (Feat. Mansionair and Wynne), and Higher Ground, to name a few. With all that they have going for them, how much have they managed to make from their endeavours?

According to sources, Odesza currently has an estimated combined net worth of $500,000. What are their biggest money-makers? Let’s take a look.

How did Odesza Make Their Money & Wealth? 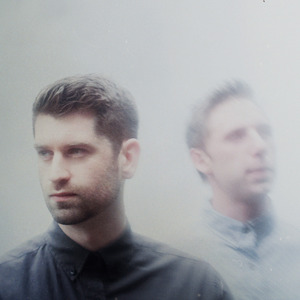 Born on June 4, 1989 in Seattle, Washington, Harrison Mills studied graphic design at Western Washington University after completing high school in 2007. Not much else is known about his early life.

Born on March 27, 1988 in Michigan, Clayton Knight has been interested in music ever since he was a child. Classically trained in piano as a young boy, he later took up the guitar, which he has since mastered. A year older than his music partner, he studied math and physics at the same college as Mills- Western Washington University.

Ultimately, it was during their freshman year at college that they first became acquainted with each other. Due to their different focus of studies however (e.g. graphic design vs physics and math), they initially did not hang out often. It wasn’t until the two were in their senior year, that they discovered their mutual interests in music. Soon afterwards, they made the decision to collaborate and form a music duo.

Adopting the name of Odesza- taken from a sunken vessel owned by Mills’ uncle, they headed off to the studio to do some recording. On September 2, 2012, the two self-released their debut album titled, Summer’s Gone. A mix of electronic and dance tracks, it contained twelve titles including Above the Middle, How Did I Get Here, We Were Young, Don’t Stop and Hey Now.

As well, the project came with the song, If You Don’t, which was a collaboration with the indie band, Cumulus. A solid effort for the newcomers, it has since been streamed over 11K times on Soundcloud.

Continuing to experiment with new sounds at the studio, Odesza later dropped their debut extended play, My Friends Never Die on September 17, 2013. Made available as a digital download, the project boasted five brand new tracks: Keep Her Close, Without You, Home, My Friends Never Die, and If There’s Time. Considerably more successful than their first effort, its lead single of the same title ended up becoming hit; as of 2017, the song has been played over 1.1 times on their Youtube channel.

From there, Odesza eventually released their first remix album, My Friends Never Die Remixes on November 12, 2013. Well received by fans, it contained a number of remixes of their previous titles. Shortly afterwards, the two signed a music deal with Ninja Tune, a London-based label. Their major label debut, In Return was then released on September 9, 2014. Produced by the pair themselves, the album was notably more vocally-driven than their previous releases.

A blend of synthpop and Indietronica, it’s name is a reference Odesza’s appreciation of returning home after many months of touring. Released a few weeks earlier than original intended, the album boasted thirteen tracks including Memories That You Call (Feat. Monsoonsiren), Kusanagi, Sun Models (Feat. Madelyn Grant), Always This Late, and Say My Name (Feat. Zyra), all of which were written by the pair.

A considerable hit, In Return entered the Top Dance/Electronic Albums music chart at number one with approximately 6,000 units of sales in the initial week; additionally, it also reached number 42 on the Billboard Top 200. Praised by critics for its variety, the album was later nominated for a Grammy Award for Best Remixed Recording at the 58th annual ceremony. Not only that, but it also received a nomination at the Billboard Music Awards for Top Dance/Electronic Album.

Their most successful album to date, it eventually gave rise to three charting singles, Sun Models, Say My Name, and All We Need, all of which were collaborations with other artists.

Following their big break, Odesza focused their efforts on producing three remix albums: Say My Name Remixes (2014), All We Need Remixes (2015), and It’s Only Remixes (2016). It wasn’t until 2017 that they returned to the limelight with a handful of new singles including Late Night and Line of Sight (Feat. Wynne and Mansionair) on April 25, 2017; the songs Corners of the Earth (Feat. RY X) and Meridian were later released on June 12, 2017.

As far as upcoming projects go, the electronic duo will be coming out with their third album, A Moment Apart later this fall on September 8, 2017. According to the released track list, it will contain sixteen new titles including Across the Room (Feat. Leon Bridges), Just a Memory (Feat. Regina Spektor), Everything at Your Feet (Feat. The Chamanas), Thin Floors and Tall Ceilings, and La ciudad, among others.

In addition to what they earn from album sales, Odesza presumably also brings in a decent amount of income from going on tour. Since their debut in 2012, the pair have hit the stage numerous times; for instance back in November 2012, just a month after the release of their first LP, they opened a show for Beat connection and Teen Daze in Bellingham, Washington.

Following that, they opened for Pretty Lights’ 2013 Analog Future Tour. In support of their major label debut, they later went on an In Return tour in the fall of 2014, which saw them performing at 28 different cities across North America. Highly anticipated by fans, the event was ultimately sold out. Similar last year, Odesza also hit the road for their 2016 tour which kicked off in March and continued until December.

As for 2018, the duo have already performed several dates this summer in cities such as Spokane and Morrison. According to their official website, Odesza will continue to tour until December 16, 2017 in support of their upcoming album, A Moment Apart. For more specifics on the dates and venues, please visit their official website.

If you’d like to support the artists, Odesza have set up an official merchandise store at store.odesza.com. From the looks of it, an array of products are available for purchase from crewnecks, to canvas totes.

Another often forgotten about, source of income for the pair is their Youtube channel. Since they first launched their page in January 2013, they have amassed over 286K subscribers with more than 103 million lifetime views. Given that they’ve signed up to be part of Google’s partnership program, they’d earn upwards of $5 per 1,000 views for displaying ads on their videos.

How much has Odesza earned from their Youtube videos so far? Assuming that they’re paid at least $2 per 1,000 monetized views, they would have already made ~$80,000 from their channel. As of August 2017, their most popular upload- the lyric video for Say My Name has been streamed over 22.5 million times on the site.

Currently it is estimated that the electronic duo have a combined net worth of $500,000. From all that’s been said above, it’s clear that a significant portion of that came from the many concert tours that they’ve embarked on throughout the years. Of course, there’s also what they take in from record sales.

Are the Members of Odesza Married?

From what we can tell, both members are currently single. When asked about relationships in a recent interview, Knight revealed that he had a long-term girlfriend prior to getting involved with music full time. Allegedly, they eventually had a falling out as “the road life is so tough”. The identity of his former girlfriend has not been revealed.

As for Mills, all he said was that “it’s a rocky road.”

Do the Members of Odesza Have any Children?

No, neither Mills nor Knight have any children that we know of.

Did Clayton Knight and Harrison Mills Go to College?

Yes they did- in fact, that was where the two had originally met! Back in the early 2010’s, both Clayton Knight and Harrison Mills were students at Western Washington University; Knight was a math and physics student while Mills was a graphic design student.

Despite having met each other during their freshman year, it wasn’t until their senior year that they started to collaborate with each other on music. They eventually chose to pursue music full time following their college graduation.

Where Does Clayton Knight and Harrison Mills Live? Photos of Odesza’s House

From what we can tell, the two currently reside in Seattle, Washington. Unfortunately, we do not have any further details or photos of their location at this time.

What Kind of Car does the Odesza Members Drive?

We do not have any information on their vehicles at this time.

Since their debut in 2012, the pair have come a long way. As of August 2017, they have released two studio albums, an extended play, four remix albums, as well as a series of singles, many of which have charted in the US. Some of the duo’s noteworthy tracks include Say My Name (Feat. Zyra), All We Need (Feat. Shy Girls), Higher Ground (Feat. Naomi Wild), and Meridian.

For their hit song, Say My Name, Odesza was nominated for a Grammy Award for the category of Best Remixed Recording, Non-Classical on December 7, 2015. Their second album, In Return has also received a Billboard Music Award nomination for Top Dance/Electronic Album in 2016.

The Washington-based duo are currently on the road for their 2017 concert tour. For more information on the dates, please visit their official website.

As for upcoming projects, they will be dropping their third album, A Moment Apart this fall on September 8, 2017.