Dvsn Net Worth 2018 – How Wealthy is the Musical Duo Now? 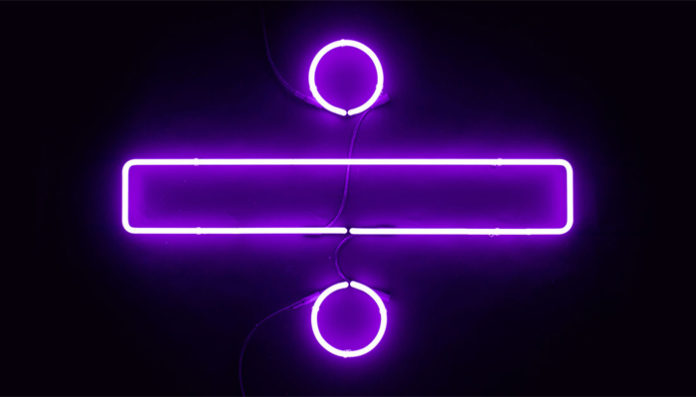 Known for their alternative R&B beats, Dvsn consists of vocalist Daniel Daley and music producer Paul Jefferies. Hailing from Canada, the two first came to the public’s attention after it was announced that they had signed to Drake’s OVO label last year. For a period, no one knew their identities which caused fans to speculate; it wasn’t until individuals put together one and one from the songwriting credits that they figured out who was behind the name. Even prior to landing a deal with the imprint however, they had put out a few songs. In September 2015, the duo dropped two songs, With Me and The Line.

From there, Dvsn continued to dish out new singles including Hallucinations and Too Deep. Then after signing with OVO Sound in 2016, they released their long awaited studio album titled, Sept. 5th. Their major label debut, it ended up charting decently in the United States. Since then, the duo have come out with two additional singles, Don’t Choose and Think About Me.

How successful is the duo? How much have they managed to banked since their debut? According to sources, Dvsn currently has an estimated net worth of $500,000. How did they go about earning this amount? Let’s find out below.

How did Dvsn Make Their Money & Wealth? 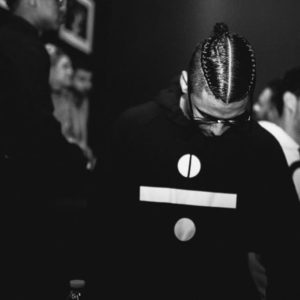 As mentioned earlier, the identity of Drake’s “mysterious new group” puzzled fans for a brief period in 2015. Since then, it has been established that the duo consists of Nineteen85 aka music producer, Paul Jefferies and vocalist, Daniel Daley.

Born on July 1, 1985 in Toronto, Canada, Paul Jefferies is best known for producing records for Canadian rapper, Drake. Raised in the Scarborough district, he is of Jamaican descent from his mother’s side, while his father was from Canada. Growing up in a multi-cultural neighborhood, he had friends who were European, Caribbean, and Chinese. Involved in extra-curricular activities, he took up Taekwondo as a child and later worked a paper route as a young teen. At home, the household was often filled with gospel and Christian music.

When Jefferies was eleven years old, he came up “with the brilliant idea that [he] could be the next Jimi Hendrix.” Having saved up enough money, he eventually bought himself a guitar, which he taught himself how to play. Continuing to play into his teens, he performed with several bands during his high school years including one called Coffee Double The Cream. As one thing led to another, he soon started to experiment with songwriting and recordings. Before he knew it, he had fell into producing.

Unlike Nineteen85, not much is known about the duo’s vocalist, Daniel Daley. From our research, not even a birthday has been released to the public. Having said that, we do know that he’s also from Toronto, Canada (coincidentally, he is also from Scarborough). Ultimately it was thanks to some detective work by fans that his identity was revealed. With some digging, it was discovered that his name continued to come up when searching who Jefferies had worked with in the past.

Reportedly, Daley had started to make waves in the local R&B scene around 2010 but quickly disappeared. In fact, the two had already been collaborating back then, though most of their songs have since been deleted from the Internet. Still, some of their older music have survived via his old Myspace page.

After officially coming together in 2015 to form Dvsn (pronounced as “division”), they released a song titled, The Line via digital download. A slow-motion ballad of sorts, the song was later uploaded onto their official Youtube channel where it has since been listened to over 1.3 million times. Considerably popular in the R&B  scene, the track has also received more than 1.4 million plays on Soundcloud.

However, it wasn’t until later on with the release of With Me that the duo first started to gain recognition. More successful than their first endeavor, it ultimately received airtime on Apple’s Beat 1 radio show, which garnered them some degree of attention. As of August 2017, the single has been streamed more than 2.3 million times on Soundcloud and viewed over 2.2 million times on Youtube.

Continuing to put out new material, Dvsn released a third single titled, Too Deep on December 2, 2015. Made available via the iTunes Store and Soundcloud, the track’s first few lines featured a female counterpart while a gospel choir bravado is noticeable later on in the song. Another solid showcase of Daley’s delicate voice, it has since been played over 6.1 million times on Soundcloud- making it considerable more popular than their previous releases. On Youtube, the official audio has also been played close to 3 million times.

Prior to the end of the year, the dropped another track titled, Hallucinations. An ode to lost love, its production has been described as being “Exhilarating and kinetic” by critics. Featuring a trilling falsetto through the high notes, the expertly crafted song proved to be another solid release from the duo, having managed to rack up another 3 million streams on Soundcloud. Likewise, the video uploaded onto Dvsn’s Youtube channel has since also received over 2.4 million views.

Then in early 2016, an announcement was made that the duo had signed with OVO Sound- Drake’s own record label. Soon afterwards, the release date of their debut album was also announced. Dubbed, Sept. 5, the project was released for pre-order via the iTune Store. Later released on March 27, 2016 via iTunes (elsewhere on April 1, 2016), the album featured production from the duo’s Nineteen85, as well as Stephen Kozmeniuk, and Noel Cadastre.

Strictly an alternative R&B album, it boasted ten tracks including With Me, Try/Effortless, Do It Well, Another One, The Line, and In + Out. Praised by critics (E.g. Pitfork, Exclaim!, etc) upon its release, Sept. 5th ended up peaking at number 133 on the Billboard Top 200 and at number 17 on the Top R&B Albums Chart. Outside of the United States, it also enjoyed success in Canada and the UK. Featured in several “Best of the Year” year-end lists, the album eventually spawned four singles including The Line, Hallucinations, Too Deep, and With Me.

Obviously, the above album would have been the most profitable for the duo, out of all of their previous works. Aside from it however, they’ve also contributed to Drake’s hit song, Faithful. Taken from his 2016 album, Views, it went on to peak at number 19 on the Top Rap Songs chart, number 36 on the Top Hip Hop Songs Chart and number 72 on the Billboard Top 100.

In addition to what they’ve earned from the above mentioned releases, Dvsn presumably also earns a decent amount from putting on concert performances as well. For instance last year, the duo joined rappers Future and Drake on their Summer Sixteen Tour, which kicked off on July 20, 2016 and continued until October 8, 2016. Reportedly, the event had brought in $84.3 million at the box office.

In support of their debut album, the Canadian pair also headlined their first concert tour last summer. From Vancouver, BC, they traveled to and performed at eleven different venues across Canada and the US; some of the cities that they managed to hit include Washington, Chicago, Atlanta, Houston, Los Angeles, and New York, to name a few.

More recently this year, Dvsn has also been on the road supporting Drake on his 2017 Boy Meets World Tour. Opening for the whole tour, they were also joined by Young Thug at some dates in Ireland and the UK. Since the event ended in March 2017, the R&B duo have hit the stage once again in their native Toronto, Canada this month on August 7, 2017.

Assuming that they’ve been monetizing their Youtube videos, they’ve also pulled in a decent amount of extra cash from the site. Since the launch of their channel in March 2015, the two have amassed over 54K subscribers with more than 10.8 million lifetime views. Given that they’re part of Google’s partnership program, they’d earn upwards of a few dollars per 1,000 views. So how much have they earned from Youtube so far? Allegedly at least $8,000.

Reiterating what’s been said earlier, Dvsn currently has an estimated net worth of $500,000 as of 2017. From everything that we’ve said above, it can be assumed that they earned most of this from their studio album, as well as the many concert shows that they’ve put on since their debut.

Are the Members of Dvsn Married?

No, from what we can tell neither of the two are married. Having said that, considering how they’re infamous for not talking about their personal lives- do take that with a grain of salt.

Do the Members of Dvsn Have Any Children?

No, they do not have any children that we know of.

Did Daniel Daley and Nineteen85 Go to College?

Unfortunately, not much is known about their education history.

Where Did They Get Their Stage Name From?

Their stage name “Dvsn” is an abbreviation for the word “Division”. As it is, their logo is appropriately a division symbol.

Where does Daniel Daley and Nineteen85 Live? Pictures of Their House

It’s presumed that the two currently resides in their hometown in Toronto, Ontario. Seeing as how they’re tight lipped about their personal lives, not much else is known about their location. We do not have any pictures of either of their houses at this time.

What Kind of Car Does Daniel Daley and Nineteen85 Drive?

Details on Daniel Daley and Nineteen85’s vehicles are unavailable at this time.

Since their official debut in 2015, Dvsn has released several tracks including With Me, which went on to be featured on the OVO Sound radio show. Their studio album, Sept. 5 released last year, also went on to peak at several charts including the Billboard Top 200, and Top R&B Albums chart in the US. In 2016, they also contributed to Drake’s hit single, Faithful.

Though they haven’t received any awards (yet) as a collective, Nineteen85 has been nominated for three Grammy Awards including one for the category of Producer of the Year.

Despite being relative new comers to the R&B scene, they’ve since already embarked on a few tours, including the most recent Boy Meets World Tour with Drake this past spring.

How Much Did Dvsn Make Last Year?

We do not have information on their 2016 salary at this time.

From what we can tell, the duo are currently preparing to release their second studio album titled, Morning After. Recently announced this August, an official release date has yet to be revealed.