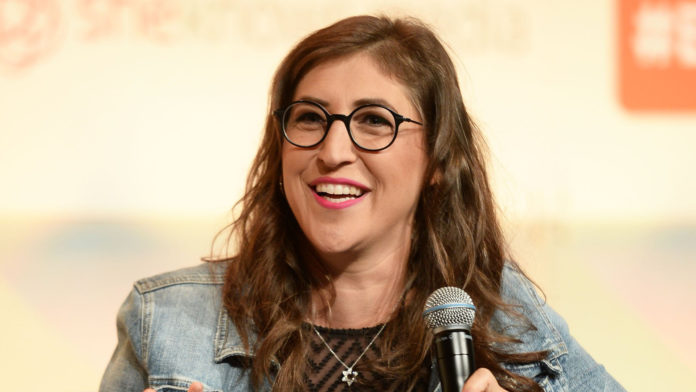 I don’t know what the deal is with the cast of The Big Bang Theory. Why were so many of them child stars? I mean, Galecki, Cuoco and Mayim Bialik were all on TV as kids in the eighties. What are the odds? Regardless, Mayim Bialik is known best these days as Amy Farrah Fowler on the show, but back in the late eighties/early nineties she hit the big time as the star of the show Blossom, as the titular character. I watched an episode a while back, and it was a cute show, which tackled some interesting issues. Her career never really stalled after that, though she did intentional take few roles while she was getting her PHD. Unlike her co stars Mayim Bialik really is as smart as her character, having gotten a PhD back in 2007, the same year The Big Bang Theory first aired. She was even mentioned in on the show in passing, referred to by Kunal Nayyar’s Character Raj as That girl who played TV’s Blossom. She showed up at the tail end of the show’s forth season, and became a regular there after. Her performance has been lauded as a stand out of the show, for good reason.

So let’s take a look at the life and career of Mayim Bialik, see where she made her money, and where she might be going in the future.

How Did Mayim Bialik Make His Money & Wealth? 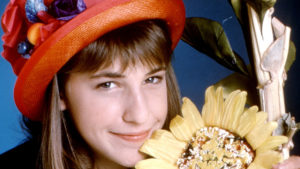 Mayim Bialik was born on December 12th 1975 in San Diego California to the wonderfully alliterative Barry and Beverly Bialik. She was raised in Reform Judaism, but now considers herself Orthodox, kinda the opposite of Simon Helberg in that respect. She began acting a a young age, first appearing in commercials in the mid eighties, including one for MacDonald’s before moving onto television. Her first appearance was in the Fantasy series Beauty and the Beast. Before Blossom she showed up all over the place, with film work following her television work. She showed up in Facts of Life on a few occasions, and appeared in an episode of Doogie Howser MD.

1990 was the land mark year for Mayim Bialik, and her fist taste of stardom. Blossom was a hit, and ran for five seasons between 1990 and 1995. She played the title character, Blossom Russo, and focused on her relationship with her father and brothers after their mother left to pursue a career. Interestingly Mayim was something of as hot property at the time, with NBC pushing Blossom and Fox pushing Molloy, both shows starring her. Molloy was a failure though. After Blossom ended in 1995 she dialed back on the acting, in order to focus on University. She was accepted to both Yale and Harvard, but did not want to leave her parent’s for the east coast, so instead enrolled at UCLA. It also meant that she could take on a few smaller projects in her down time. This point of her career has her showing up in a number of voice acting roles, far more than with live action roles. She appears in a few Nicktoons of that time, including Hey Arnold and Ah! Real Monsters. This continued all the way until the end of her studies for the most part. She graduated with a degree in Neuroscience, with a minor in Hebrew and Jewish Studies, then moved onto a Master program. She received her doctorate in 2007.

After receiving her doctorate she decided against pursuing a career as a researcher, citing the fact that that lifestyle would not jive with her child rearing. Instead she started acting again, with a few appearances in Curb Your Enthusiasm and The Secret Life of an American Teenager. In 2010 she showed up on The Big Bang Theory as Amy Farrah Fowler, a distaff counterpart to de jure lead character Sheldon Cooper. The character stuck a chord with audiences, and after only a brief appearance in the fourth season was made a series regular for the fifth, and eventually a star in her own right by the seventh. Despite a long career of acting, it was The Big Bang Theory that made her a multi millionaire. I mean, education isn’t cheap, with masters programs and Doctorate studies being more expensive than a simple degree. Her early appearances on the show were not worth very much, with a per episode fee of $30,000 or so.

It wasn’t long before she could start negotiating hard, and that fee kept getting pushed ever higher.  By the time of the sixth season both Rauch and Bialik were able to negotiate a doubling of their salary, with a steady increase going forward, so by the end of the seventh season they were making $100,000 per episode. The figure rose again at this point, but the information is not freely available. They wanted salary parity with Cuoco, Galecki and Parsons, but Warner Bros threatened to write them out of the show unless they signed a new contract before the beginning of the eighth season. Right now, for the eleventh season, both Rauch and Bialik are making the same as Parsons, Galecki, Cuoco, Nayyar and Helberg, after the former three took a 10% pay cut. So per episode for season eleven Mayim Bialik is making $900,000, plus a back end percentage.

This is far from her only income, but it is her largest. Bialik has her own lifestyle blog, where she talks about child rearing and religion. She also writes help book, both on her own and with her pediatrician. the lifestyle site is called Ingratiation, a reference to A Stranger in a Strange Land, the word grok means to fully understand on a gut level. There is an irony to that here, but I digress. Overall it is quite easy to see where her impressive fortune comes from.

She used to be. She married ex Mormon Michael Stone back in 2003, and the couple had two children together. They broke up in 2013 reportedly due to the way that Mayim is raising the couples children. I’ve read a fair amount of Grok Nation, and excerpts from her book, and honestly, I get it. Mayim is a proponent of extreme attachment parenting, and that includes breastfeeding up to the age of 6, sleeping in the same bed as her children and refusing them most kinds of medication when they are ill.

Where is Mayim Bialik from?

Why is Mayim Bialik called Mayim?

This was a fun tidbit, her name is a riff on her grandmother’s name, Miriam, and also happens to mean Water in Hebrew.

Has Mayim Bialik Won Any Awards?

Jeez, so many awards. She won her first back in 1988 for her performance in the film Beaches. And she has won two online film critics awards for her role in The Big Bang Theory.

For some unfathomable reason, yes, Mayim Bialik is anti vax. She has a degree in the sciences, and yet is against vaccinations for some reason. Thankfully she has stated that her children have been vaccinated, but only after the fairly substantial backlash against statements made in 2012, where she cited flawed sources.

Who was the first person Mayim Bialik Kissed?

This is another nice fact, she had her first kiss with The Big Bang theory co star Johnny Galecki back in the early nineties. He guest starred on Blossom and they shared a moment. The kiss was repeated on Conan’s O’Brien’s talk show not too long ago.