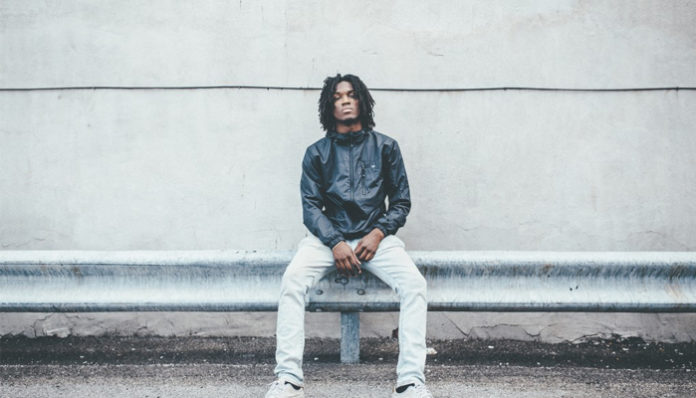 From the streets of Chicago, American rapper Saba first gained recognition after being featured in Chance the Rapper’s song, Everybody’s Something. Involved with music ever since he was a child, he took up the piano at the age of seven. From there, he eventually got into music making. At the age of eighteen, he created and shared his first project titled, GETCOMFORTable. A solid release, one of the tracks- Heaux (Feat. Mick Jenkins) ended up garnering him some degree of attention.

However, it wasn’t until he joined forces with Chance the Rapper in 2013 that his popularity started to soar. That year, he collaborated on his album, Acid Rap, more specifically in the song, Everybody’s Something. Continuing with his momentum, Saba later dropped his second mixtape, ComfortZone, which was then followed by SpareChange! in 2015. Most recently, the twenty something released his debut album titled, Bucket List Project in 2016.

A rising artist, Saba has worked with several artists throughout the years including BJ the Chicago Kid, Donnie Trumpet, Taylor Bennett, Noname, Jay IDK, and of course, Chance the Rapper, among others. According to sources, the 23-year-old currently has an estimated net worth of $350,000. Interested in knowing where he earned this amount from? Read on!

How did Saba Make His Money & Wealth? 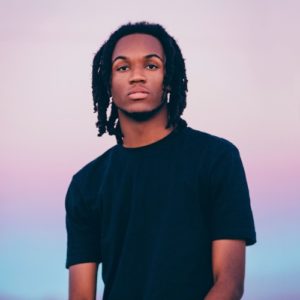 Born on July 17, 1994 in Chicago, Illinois, Saba (Real Name: Tahj Malik Chandler) grew up in Austin with his two siblings. The son of a local R&B artist known as Chandlar, he often traveled to the recording studio with his father. Having possibly inherited his parent’s love for music, he later learnt how to play the piano at the tender age of seven.

Despite having been raised in a tough neighborhood where crime is rampant, Saba had always favored books and education over the violence present in his surroundings. An achiever, he not only excelled in grade school, but managed to skip two grades. As a teen, he went to St. Joseph’s- a Catholic prep school located in the suburbs of Westchester. Unlike the average student, he graduated early at the age of sixteen with a GPA of 3.5. Ultimately, it was during his teen years that he first started to experiment with making his own beats.

Playing around with music making software, Saba eventually started to record his own material. In fact, it was not uncommon for him to pass around mix tapes in his school’s hallways, in attempts to try to get his name out there. By the time he was sixteen, he was regularly performing with the Young Chicago Authors and YouMedia Center in the Wicker Park district. To this day, he credits said opportunities for his on-stage charisma and confidence. Continuing to play around with music, he soon put together the foundation of what would later become ComfortZone.

Although he finished high school early, it took the aspiring artist a while to locate the producers and musicians needed to accomplish what he had sketched out in his mind. Frequenting the downtown district, Saba eventually found his voice, drawing inspiration from acts such as Vic Mensa, Chance the Rapper, Lucki Eck$, and NoNameGypsy. Then in December 2012, the teen released his first project titled, GETCOMFORTable. Self-described as “a catalog of young talents who join Saba to try to make sense of themselves in today’s world”, it featured production from DJ Such N Such, Thelonious, and Saba himself.

Featuring collaborations with Joseph Chilliams, Jean Deaux, and Martin $ky, it came packed filled with fourteen tracks including Matilda, Stay Awhile, You.Know.Sab., Reggie, Last.Week’s.Paper and Adderall. A solid debut, it mainly garnered positive reviews from those who gave it a listen. One of the mix tape’s most popular songs, Heaux ended up netting him some degree of attention.

Then in 2013, the rapper received a small break after landing an opportunity to work with Chance the Rapper on his album, Acid Rap. A solid hit, the project ultimately peaked at number 26 on the Billboard Top Heatseekers Albums chart and at number 63 on the Top Hip-Hop Albums chart. Featured in the song, Everybody’s Something, it netted him enough extra exposure for a popularity boost. Running with the extra momentum, he continued to rap and eventually put forth his second mix tape, ComfortZone.

Released in July 2014, the tape served as a window into his life; not only did he describe his surroundings in the project, but hints of his optimistic personality also made it through the verses. Produced by Saba himself with additional help from NAiMA, Cam O’bi, and Nascent, it contained thirteen new beats including Welcome Home, Westside Bound, United Center, Westside Bound Pt. 2, Burnout, and 401K. Similar to his earlier release, it also included guest appearances from artists such as MC Tree, Benjamin Earl Turner, Eryn Allen Kane, and Ken Ross, among others.

Made available as a digital download, ComfortZone was subsequently uploaded onto his Soundcloud account. Considerably popular, it has racked up over 11.1K streams on the site as of August 2017.

Then in 2015, he teamed up with Chance the Rapper again- this time alongside Donnie Trumpet and the Social Experiment, for a song titled, SmthnThtIWant, taken from their album, Surf. Shortly afterwards, Saba released a new project dubbed, SpareChange!. Unlike his earlier titles, the extended play contained seven instrumental tracks, all of which feasture a blend of electronic and spacious hip hop sounds. Though originally released through Soundcloud, it seems that he’s since deleted it from his account.

On October 27, 2016, the twenty something offered up his debut album dubbed, Bucket List Project. Released through his own imprint, Saba Pivot, LLC, the project was mostly produced by the artist and Phoelix with help from Ken Ross, Squeak, Dae Dae, Joseph Chilliams, Flex Lennon, among others. Recorded at Santa Moica’s Red Bull Studios, it contained thirteen tracks including, In Loving Memory, The Billy Williams Story, World in My Hands, Westside Bound 3, and American Hypothesis. As before, the album also featured guest appearances from artists including Noname, Twista, Ravyn Lenae, and Smino.

Though it didn’t manage to reach the record charts, Bucket List Project received much praise for critics, who lauded it for being “superbly written and performed.” Given stellar reviews all around, it later made it onto Rolling Stone’s “40 Best Rap Albums of 2016” list later that year.

Obviously, a significant portion of his earnings have come from the above releases. Still, that’s not the entire picture. Aside from his solo works, Saba has collaborated with several artists over the years including The Social Experiment, Zaramela, Smino, Joey Purp,Owen Bones and Anthony Pavel to name a few. Some of said tracks include, Givenchy Coasters, Herstory, Tearsa of Legend, Ugly Duckling, Everybody’s Something, and Shadow Man.

Like most artists, a portion of Saba’s overall income also comes from things such as shows, and concert tours. Since his debut, the rapper has hit up numerous venues across the globe. For instance last year, he performed ten dates from Copenhagen, Denmark, to San Diego, California. So far this year, he has already entertained crowds at several US cities for his 2017 Bucket List Tour tour. Kicked off at Seattle, Washington on March 3, 2017, the event saw him headlining several shows this past spring.

Since the end of his North American tour in April, Saba has hit the roads ahead- this time for an European Tour. Originally announced in July 2017, it will be kicking off at Dublin, Ireland on October 25, 2017 and continuing until November 4, 2017 at Amsterdam, Netherlands. For more information on the tour dates, please visit his official website.

In addition to everything that’s already been said, it’s presumed that the artist has also made some extra cash through his Youtube channel. Since he first joined the site in October 2012, Saba has amassed over 12K subscribers with more than 1.7 million views. As you probably already know, Youtubers are able to monetize their videos by partnering up with Google ads. Typically, the site pays upwards of $5 per 1,000 ad views depending on the individual’s content, audience, location, etc.

Assuming that Saba’s part of the program and that he is paid at least $2/1,000 ad views, he would have easily already made over a thousand dollars from his channel.

No, from what we can tell the 23-year-old rapper is not married. Having said that, not much has been revealed about his dating life.

Does Saba Have Any Children?

No, Saba does not have any children that we know of.

Did Saba Go to College?

Yes, an exceptional student, Saba had gone to Chicago’s Columbia College after graduating from high school at the age of seven. Self described as an “ultra nerd” he spent many hours studying from textbooks before going full-time with his music career.

Where Did Saba Get His Stage Name From?

From what we can tell, Saba has never explained the meaning behind his current stage name. His full name however, is Tahj Malik Chandler.

Where Does Saba Live? Pictures of Saba’s House

The 23-year-old rapper currently resides in his hometown of Chicago, Illinois. Unfortunately, not much else about his location has been revealed to the public. We do not have any pictures of Saba’s house to share at this time.

What Kind of Car Does Saba Drive?

Since the release of his first mix tape in 2012, Saba has come out with several other projects including the tapes, ComfortZone, SpareChange!, and most recently, his debut album, Bucket List Project. While it didn’t reach the music charts, its popularity ultimately allowed him to go on tour this year- not only in North America but in Europe as well!

Throughout his career so far, he’s also had multiple opportunities to work with artists such as Donnie TRumpet, Tink, Rich Robbins, Vic Spencer, Odd Couple, and Trevor the Trash Man, among others.

How Much Did Saba Make Last Year?

Unfortunately, we do not have information regarding Saba’s 2016 income at this time.

As mentioned earlier, Saba will be continuing the European leg of his 2017 Bucket List Project Tour later this fall, after having completed the North American leg this spring. For more information on the dates and venues, please visit his official website.

As far as music releases go, the rapper dropped a brand new single titled, Monday to Monday this January. As of August 2017, it has already been played over 168K times on Youtube.