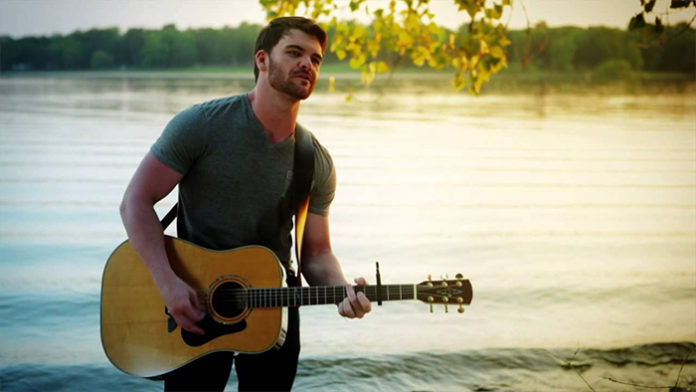 A well recognized singer-songwriter, Dylan Scott made his debut in 2013 with the single, Makin’ This Boy Go Crazy. Raised in rural Louisiana, he grew up listening to country music as a child. As a teen, he put together a music group with his brothers, Darrick, Garrett, and Logan, with whom he often performed with at various venues.

Then at the age of eighteen, he landed a contract with Curb Records. With that, he headed straight to the studio and began recording. After a few years of perfecting his sound, Scott dropped his debut single, Making’ This Boy Go Crazy; it was eventually followed by Mmm, Mmm, Mmm in 2014. Since then, he has released a studio album, an extended play, as well as a few other singles.

With his continual releases, his popularity has only gone up in the recent years. On his official Youtube channel, Scott has received over 92 million views. So, how wealthy is the star? According to sources, the 26-year-old currently has an estimated net worth of $500,000.

What are his greatest money-makers? How did that fortune of his come to be? Let’s take a look.

How did Dylan Scott Make His Money & Wealth? 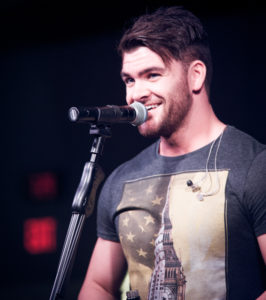 Born on October 22, 1990 in Bastrop, Louisiana, Dylan Scott grew up in rural Louisiana, approximately 15 minutes from the nearest town. As a young boy, he was constantly exposed to music, more specifically, country music. Raised to explore the outdoors, he often went duck or deer hunting with his father in the woods near the family home. In his free time, he also enjoyed playing ball and fishing.

Due to his father’s work as a guitarist, he was often out of town. Still, Scott loved to hear the adventures and stories he brought home with him from Nashville. When he was fifteen years old, his father brought him to Music City with one of his buddies; ultimately it was then that he was introduced to his future manager.

Just before turning nineteen, Scott landed a contract with Curb Records. Mentored by Jim Ed Norman, a well known producer in the field, he started to get to work at the studio. When he wasn’t recording, he was performing with his brothers, as they had formed a music group a while earlier. After a period of experimentation, the aspiring artist went to work on his music debut.

In June 2013, he released his debut single titled, Makin’ This Boy Go Crazy. A solid piece of work, it garnered a three and a half star rating from Taste of Country. Shortly after its release, it peaked at number 54 on the Billboard Country Airplay chart, where it remained for ten weeks. Responsible for launching his singing career, the song has since been viewed close to 12 million times on Youtube.

The next year, Scott released his second single, Mmm Mmm Mmm. Though not as successful as his debut, it still pulled in many praises from fans. Shortly afterwards, he followed up with another song, Lay it On Me. As of August 2017, the official lyric video for the latter has received over 9.2 million views.

On February 11, 2014, the country singer released his first multi-track project, an EP titled Making’ This Boy Go Crazy. Distributed through Sidewalk Records, it boasted five tracks including Makin’ This Boy Go Crazy, Hurtin’ In the Morning, Catch Me If You an, Twanging On My HeartStrings and Mmm Mmm Mmm. A successful endeavour, it quickly racked up the streams on Soundcloud; to date, the EP has been played over one million times on the audio-streaming site.

Then in 2015, his popularity received another peak with the release of his fourth single, Crazy Over Me. Significantly more successful than his earlier efforts, it peaked at number 36 on both the US Hot Country Songs chart and the Country Airplay chart. Taken from his debut album, an official music video was later uploaded onto Youtube on January 26, 2016. Hugely popular, it has racked up over 10.8 million views as of August 2017.

On July 11, 2016, Scott released his most successful single to date, My Girl. Produced by Matt Alderman and his long time collaborator Jim Ed Norman, the song has been described as “a love song” by Taste of Country. Inspired by none other than his wife, it received many positive reviews upon its release. As far as chart performance, it peaked at number 39 on the Billboard Hot 100, number 1 on the Country Airplay chart and number 3 on the Hot Country Songs chart.

His breakthrough hit, it became his first record to reach number one on the US Country Airplay chart. Less than a year after its original release on June 20, 2017, My Girl attained gold certification from the RIAA after selling 500,000 copies.

Most recently, the 27-year-old country artist released his self-titled debut studio album, Dylan Scott. Featuring the production efforts of Kylie Jacobs, Matt McClure, Curt Gibbs, and Jim Ed Norman, all of the project’s 13 tracks were co-written by Scott himself. Preceded by three singles, it contained the songs Beer Buddies, Living Room, I Lost You, Do You Think About Me, Can’t Take Her Anywhere, Sleeping Beauty, and Passenger Seat.

A considerable success for Scott, the album entered the Billboard Top 200 at number 46. Shortly afterwards, it also peaked at number 5 on the Top Country Albums chart; within the first week, it had sold over 9,000 copies. According to Niel Soundscan, more than 34,800 copies have been sold as of July 2017.

With everything that’s been said above, it’s probably fair to say that he’s earned a relatively decent amount from his singles, extended play, and album. How much exactly has he made? That’s hard to say. Seeing as how his earnings from record sales have never been revealed, we can only make assumptions. Taking into consideration how many records he’s sold so far, our best guess is that he’s made a few hundred thousands.

Having said that, it’s hard to get by sometimes with just record sales. So, it’s not surprising to know that Scott also puts on several shows throughout the year, which serves as another means of income. Compared to standalone concerts however, tours are probably the most profitable. Since his debut in 2013, the country singer has hit up numerous cities from the United States to Canada. On average, he most likely earns a few thousand dollars if not more, for each performance.

In fact just last year, Scott went on a tour for which he travelled and performed at over 100 different venues- from Minnesota to Canada. Speaking of which, he’s actually on the road as we speak- as of August 2017, he’s already hit up more than 60 cities for his 2017 concert tour. From the looks of it, his tour will be continuing well into the fall; more specifically until October 21, 2017.

Then on December 7, 2017, he has a show scheduled at Jacksonville’s Union Centre for the Performing Arts.

Another less obvious source of income that he has is his Youtube channel. Since he first created his page in December 2012, Scott has amassed over 162K subscribers with more than 92.5 million views. Currently his most popular video, the MV for My Girl has been streamed over 31.4 million times. Some of his other top videos include Makin This Boy Go Crazy, Crazy Over Me, Lay it On Me, and Can’t Take Her Anywhere (Stripped).

Assuming that he’s on board with Google’s partnership program, he’s able to earn a few dollars per 1,000 monetized views. As far as the pay goes, Youtube generally pays its users upwards of $5 per 1,000 monetized views for displaying ads on their videos. How much has Scott earned so far from his Youtube channel? Let’s do a little bit of calculation- given that 40% of his 92.5 million views are monetized and that he makes at least $2/1,000 views then he most likely made close to $74,000.

For those who’d like to buy some merchandise, the artist has even set up his own store over at store.dylanscottcountry.com. Made with fans in mind, a variety of items are available for purchase from t-shirts to logo hats.

Currently it is estimated that Dylan Scott has a net worth of $500,000. To sum up, it’a clear that the country star has earned that figure over the past few years from a few different means- his record sales, his concert tours, and last but not least, his Youtube channel.

Yes, Dylan Scott has been married to Blair Anderson, his high school sweetheart since 2016. The inspiration for his hit song, My Girl, the two got married in the northeastern Louisiana town of Bastrop in May 2016. After the nuptials, the couple took off for a relaxing honeymoon in Cabo, Mexico.

Does Dylan Scott Have Any Children?

This June, it was announced that the married couple was expecting their first child. So far, it’s unknown whether or not it will be a baby girl or baby boy.

Did Dylan Scott Go to College?

No, he did not. While most of his friends were looking forward to going to college, Scott only had not thing in his mind the entire time- pursuing a music career in Nashville.

Dylan Scott currently resides in Nashville, Tennessee with his wife. Unfortunately, we do not have any more information on his home at this time.

What Kind of Car Does Dylan Scott Drive?

A recognized country singer, Dylan Scott has released several discs over the past years, including a studio album, and an extended play, both of which have charted on the US record charts. Some of his most popular singles to date include, Makin’ This Boy Go Crazy, Crazy Over Me, and My Girl.

Not only that, but he’s also embarked on several concert tours since his debut- in fact, he’s currently on the road for his 2017 tour as mentioned earlier.

How Much Did Dylan Scott Make Last Year?

Information on Dylan Scott’s 2016 income is currently unavailable at this time.

For more information on his 2017 concert tour, please visit his official website at dylanscottcountry.com.

As far as records go, his most recent release is that of the single, My Girl which has since sold over 300,000 copies in the US.