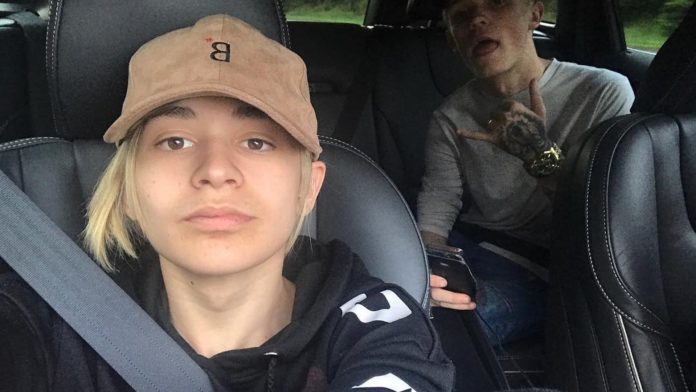 Leondre Devries is one half of the British teen rap/R’nB duo Bars and Melody, an act that broke thorough back in 2014 on Britain’s Got Talent. Devries, known as Bars, is the rapper. Much of his early music is intended to be relatable to younger school aged children, with lyrics talking about his parent’s failed relationship and his experience with bullies.What I found interesting about the group is their apparent popularity in Asian markets, with three albums released in those territories. This is a net worth article, and while i will spend a fair amount of time talking about Devries’ rise to stardom, I am primarily concerned with how he makes his money. What I am fascinated with is the fact that the vast majority of their income is likely generated from sources outside their music. The power of social media, and by extension advertising, should never be overlooked, and a glance at their YouTube and Instagram numbers should pique anyone’s interest.

So let’s get down to the nitty gritty, see where Devries came from, where he is going, and how much money he is making.

How Did Leondre Devries Make His Money & Wealth? 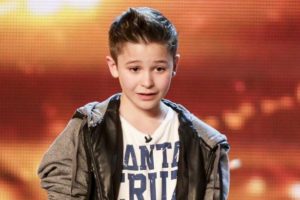 Leondre Devries was born in Wales in October 2000. His father was a stonemason and his mother is a personal trainer. He has four siblings, with his elder brother Joey once being a member of the UK X Factor band Overload Generation. His father claims to have had a big impact on his son’s interest in music, going so far as to claim himself to have been the boys promoter, and to have written the song Hopeful, but more on that later.

Leondre first came across Charlie “Melody” Lenehan via YouTube and reached out to him through Facebook in late 2013. The two became friends, and decided to form their group in early 2014. The auditioned for the Manchester open calls for Britain’s Got Talent, performing their own variation of the Twista ft Faith Evans track, Hope. Their performance impressed Simon Cowell so much that he pressed that magic golden buzzer, putting the boys through to the semi finals.

Devries and Lenehan did not go on to win the talent competition, but they put up a valiant effort. They went out in the “Finals”, coming in third overall. Not a bad start to their career, as shortly after the show had wrapped for the year the were signed by Cowell’s production studio, Syco for $500,000. Bars and Melody released their first single in late 2014, Hopeful, to commercial success. The song is about bullying. They would release several more singles before dropping their debut album in August of 2015, titled 143.

In addition to their record they performed the third ending theme for the Anime series Future Card Buddyfight, likely a major contributing factor to their popularity in Japan.That song, Unite(Live Forever), would appear on their 2016 EP, Teen Spirit. The group began moving away from their older shtick, with stronger songs about a wider array of subject matters. The bullying themes more or less left behind. During the last year Japan saw two albums from Bars and Melody, Hopeful and Never Give Up.

The fact they Devries is making money via touring and album sales is a no brainer. of course he is. But a look into the social media account for both Bars and Melody reveals that a substantial amount of money is being made. They have a VEVO page for their music videos, drawing millions of views, and they have an official page, with Vlogs and other things their fans are no doubt interested in. 1.5 million subscribers and well over 100,000 hits per video, some of these videos are hitting the 15 million view mark as well. When combined with their Instagram, with 1.2 million followers, then it is obvious that someone is making bank based on the work of these two.

Is Leondre Devries’ father suing him?

This is an interesting one. Broadly speaking, no he is not. Specifically he is threatening to take legal action against Leondre’s management company. Bars’ father, Antonio Devries, now claims that he promoted the duo before their Britain’s Got Talent appearance, he also claims to have written much of their debut single Hopeful while going through a difficult period in his life. His final accusation is of overwork. That last one I can get behind, it seems to me that young boy bands int the west are pushed near as hard as they are in South Korea, but the pair claim they are happy with their work load, and the management company has stated that Antonio did not write Hopeful, Bars and Melody did.

Why are Bars and Melody so popular in Japan?

I don’t rightly know. Maybe they hit onto an aesthetic popular with the demographics in Japan. They recording a song for an Anime, and experience tells me that singles tacked  onto the start or the end of an Anime tend to sell very well in the country. They are being promoted by Avex Music Creative, a music publishing company well known for J-Pop and novelty acts.

Where is Leondre Devries from?

Leondre Devries is from Port Talbot in Wales, UK.

When is Bars and Melody’s new album coming out?

Bars and Melody are set to release an album of new material on September 1st. Should be interesting to see if they continue the trend set in their last release, 2016’s Teen Spirit, with themes spanning a fair few more topics.

Where can I see Leondre Devries this year?

Leondre Devries will be touring with Bars and Melody come September, after the release of their next record. Their next stop is Belfast, my home town oddly enough, in Ireland. The next tour is confined mainly to Europe and the United Kingdom, there are no North American dates set as of right now. Be sure to check out their official site for more details.