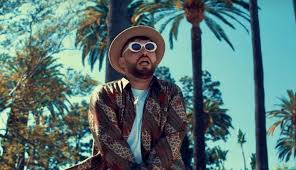 A rapper of Albanian descent, G4shi first made himself known with the release of his mixtape, Last of a Rare Breed in 2011. Originally from Southeastern Europe, he got hooked to rap after turning to music as a means of picking up the English language. Prior to his debut, he participated in several music competitions, a couple of which ended up to be wins.

Eventually dropping out of college to focus on rap full time, he released his debut mixtape, Last of a Rare Breed in 2011. From there, he founded his own music group and received a breakthrough with his hit single, Rocket in 2012. Since then, G4shi has come out with several other titles including another mixtape, an extended play, as well as a studio album.

Most recently this summer, the rapper delivered his latest track, 24 Hours via iTunes. If anything, G4shi has come a long way since the early 2010’s. With that said, how wealthy is the artist? According to sources, the 27-year-old currently has an estimated net worth of $300,000. Where did the majority of these funds come from? Let’s find out.

How did G4shi Make His Money & Wealth? 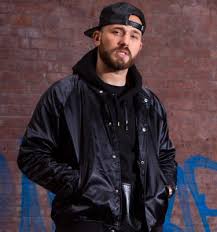 Born on October 4, 1989 in Libya, G4shi (Real Name: Cabinet Gashi) spent his childhood in several European and African countries before settling in New York City with his family in the late 90’s. Of Albanian descent, he struggled with English as a second language as a young teen. Wanting to ease his adjustment into society, he eventually turned to music- more specifically to rap. Immediately hooked, his passion for the genre has only grown further with time.

Later mastering the language, he completed high school and earned himself a full football scholarship to a American International College in Springfield, Massachusetts. Despite the opportunity however, he soon felt that something was missing a few months into his studies. After some pondering, G4shi decided sports was not his thing; instead, he found a new desire to pursue music. Soon after his realization, he dropped out of college to pursue it full time.

Since he was introduced to hip hop at the age of twelve, G4shi had been incredibly fond of the genre. Though becoming a rapper had alway been in his mind, his interests in football had come first during his teens. It wasn’t until he was in his twenties that his interest in rap came back to the forefront of his mind. According to a recent interview, some of his biggest influencers include Eminem, Jay-Z, and Kanye West.

Eventually adopting his current stage name, he participated in several music competitions including the First Look events, from which he brought home the winner’s title. Having continued to hone his craft, G4shi released his debut mixtape titled, Last of a Rare Breeds in 2011. Hosted by Don Cannon, the project offered listeners a chance to witness his lyrical and musical ability.

Made available as a digital download, the tape contained fourteen tracks including Coulda Shoulda Woulda, Can’t Go Home, In My Lifetime, Just Wanna Know, and Walk the Line, among others. To date, the project has been streamed over 8,000 times on Datpiff.

Following a big break in 2012 with the release of his single, Rocket, the rapper delivered his next mixtape, I’ll Be Right With You in 2013. Another tape soon followed in 2014 dubbed, 4 Play. Boasting fifteen tracks, the offering  featured production from Matthew P, Smokie Morrison, and Sebastian Sator, and more. As of 2017, the mixtape has been streamed close to 40K times online.

Finally on July 15, 2016, G4shi released his debut titled, STAIRS. Distributed through The Order Label, it came packed with with seven titles including: Switch Up, Avni/Goodlife, Soho House, Day Ones, Jean Claude Van Damme, Dubai, and Personal. Accompanied by a parental advisory sticker, the EP was later uploaded onto his official Soundcloud account, where it has since racked up close to 2,000 listens.

Aside from what he’s managed to earn from his records, public appearances such as concert shows are another big source of income for the rapper. Two years after his debut, he held his first performance at the Knitting Factory in Brooklyn, New York in September 2013. Since then, he has put on several other shows across the country. For instance, he hit the stage four times last time from New York to Oakland.

So far this year, G4shi has entertained crowds in Las Vegas, Hollywood, and Baltimore (among others), as part of his The Disrespectful Tour. His first world tour, it kicked off on August 13, 2017 and will be continuing until October 6, 2017 at the Fortune Sound Club in Vancouver, Canada. For more information on the upcoming dates, please visit his official website.

Another often forgotten about source of income for the artist is his Youtube Channel. Since its launch in 2010, his account has amassed over 25K subscribers with more than 3 million lifetime views. As you probably already know, Google pays its users for displaying advertisements on their videos, as part of their partnership program.

On average, users make upwards of $2 per 1,000 monetized views. Seeing as how he has a little over 3 million video views, G4shi would have easily made a couple thousand dollars from his Youtube channel so far. As of August 2017, his top upload, the official music video for Disrespectful has been streamed over 1.4 million times on the site.

In addition to his work as an artist, G4shi was made the face of the Problem Child NYC clothing line in 2012. Not only that, but he also did some modelling for the collection at one point in New York.

Currently it is estimated that the 27-year-old has a net worth of $300,000. Let’s go back to our original question now that we know more about how his career as panned out- where did he earn the majority of this amount from? Considering everything that’s been discussed above, our best guess is that he earned it from his record sales, and concert performances over the past few years.

From what we can tell, the rapper is not married. In fact, not much is known about his relationship status at this point, for now, we can only assume that he’s single.

Does G4shi have Any Children?

No, G4shi does not have any children that we know of.

Did G4shi Go to College?

Yes he did. After completing high school, he won a full football scholarship to play at the American International College, a Division 1AA school in Massachusetts. Though he excelled in his studies, having even earned honours during his first year, he ultimately dropped out prior to receiving his bachelor’s degree in order to pursue a career in rap.

Where Did G4shi Get His Stage Name From?

After making his mind up on entering the music scene, he initially took up the name of The Kid Gashi (derived from his last name). From there, it was later changed to Gashi, and more recently again to “G4shi”.

G4shi currently resides in New York City, where he continues to work on his music. At this point in time, we do not have any further details or pictures of his home.

What Kind of Car Does G4shi Drive?

Information on G4shi’s vehicle is unavailable at this time.

As mentioned earlier, the rapper recently dropped his latest single, 24Hours on July 27, 2017. A follow up to his earlier tracks, Turn Me Down and Disrespectful, it has already been streamed a few thousands of times since it was first uploaded online.

How Much Did G4shi Make Last Year?

We do not have information on G4shi’s 2016 income at this time.