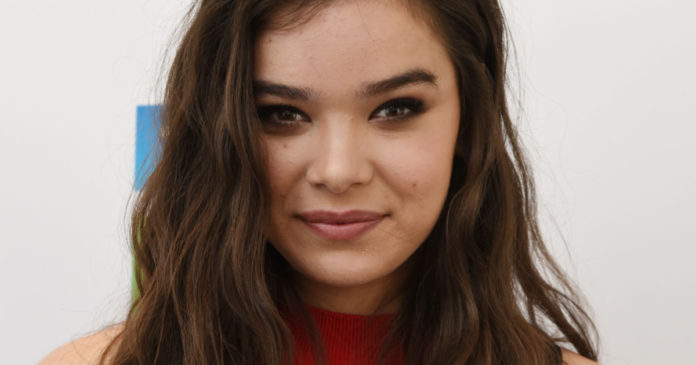 Hailee Steinfeld has rapidly become one of the most promising young stars in all of Hollywood. She got her start way back in 2010, and since then, she has been able to become recognizable in acting, fashion, and music. She has had multiple starring roles in a wide variety of different films, and I think it’s safe to predict that within a few more years, Hailee Steinfeld is just going to become more popular. Steinfeld already has a ton of fans, and these fans are known to support her on social networking platforms like Twitter, Facebook, Instagram, and Snapchat. She will sometimes interact with these fans on these platforms.

Hailee Steinfeld was born in December of 1996 in Los Angeles, California. Her mother was an interior designer and her father was a personal trainer. Acting wasn’t really in the family, but she was still drawn to it from an early age. When she was just eight years old, she began her professional career by appearing in different short films and commercials. (This is how most child stars get started.) Hailee got her big break when she was cast as Mattie Ross in the 2010 film True Grit. True Grit received a ton of critical acclaim, and Hailee’s performance was highly praised. She was so young, but she put on a performance that proved that she was gifted. Because of this remarkable performance, she ended up receiving an Academy Award nomination for Best Supporting Actress. 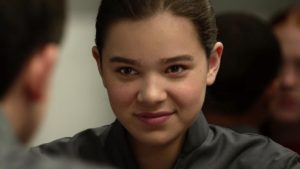 Steinfeld didn’t end up winning that Academy Award, but the fact that she was nominated in the first place was huge It was a major stepping stone for her. A year later, she appeared played Juliet Capulet in a modern adaptation of Romeo and Juliet. Her next major role came a couple of years later, when she starred alongside Asa Butterfield, Viola Davis, and Harrison Ford in Ender’s Game. A couple of years after that, she had another role that basically thrust her right back into the spotlight. She had a prominent role in the musical comedy Pitch Perfect 2. Although this sequel didn’t receive reviews as positive as its predecessor, it was still a box office success.

Pitch Perfect 2 allowed Hailee Steinfeld to become even more popular in film, but since it was a musical, it also let her boost her music career. She sings multiple times in the film, and shortly after the film’s release it was announced that she had been signed with Republic Records. In the summer of 2015, she released “Love Myself”, which was her debut single with Republic Records. A little bit after that, she released Haiz, which was her debut extended play. Although it didn’t receive very good critical reception, it did well for itself in the charts. With the help of her part in Pitch Perfect 2, Steinfeld had effectively pulled together a fan base that was supportive of her music. 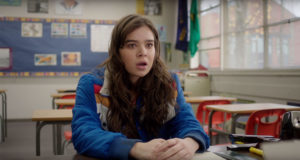 She kept her momentum going into 2016 when she starred in The Edge of Seventeen, a critically acclaimed coming-of-age comedy. Steinfeld’s performance was praised, and she even ended up receiving a Golden Globe nomination for Best Actress in a Motion Picture Comedy or Musical. She is currently set to have a couple of other big roles in the coming years. In 2017, she will reprise the role of Emily Junk in Pitch Perfect 3. She is also set to star in Bumblebee, which is a spin off that occurs within the Transformers film franchise. Hailee Steinfeld was originally known for being one of the youngest nominees for Best Supporting Actress, but she has been able to nicely develop her career past that. 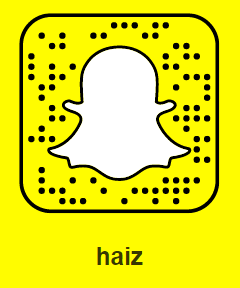 Hailee Steinfeld joined Snapchat in 2015, and she still uses her account pretty regularly today. You can find her on Snapchat under the username “haiz”. You can add her in a couple of different ways. One way to add this actress on Snapchat is by simply scanning her Snapcode using your app. (In case you haven’t already figured it out, the image above is Hailee Steinfeld’s Snapcode.) If that doesn’t work for you, you can also add her just by clicking the link right here.

Facebook is one of the largest social networks in the entire world, so I guess it isn’t surprising that Hailee Steinfeld would have an official, verified page with them. Her page has over 1 million likes as of this writing. You can find her under the display name @haileesteinfeld, or by clicking the direct link to her page here.

Twitter is a very popular social media platform among Hailee Steinfeld’s key demographic. She joined Twitter way back in 2011, before she was even really all that popular in the mainstream. She has over 800,000 followers on Twitter currently. You can follow Hailee Steinfeld by checking her out under @HaileeSteinfeld. You can also just click the link here.

Although Hailee Steinfeld has a large following on both Facebook and Twitter, she has a pretty enormous following on Instagram. As I write this, she’s rapidly approaching 6.5 million followers. Her Instagram username is simply haileesteinfeld, and I encourage you to check out what she shares with her followers by clicking the link here.