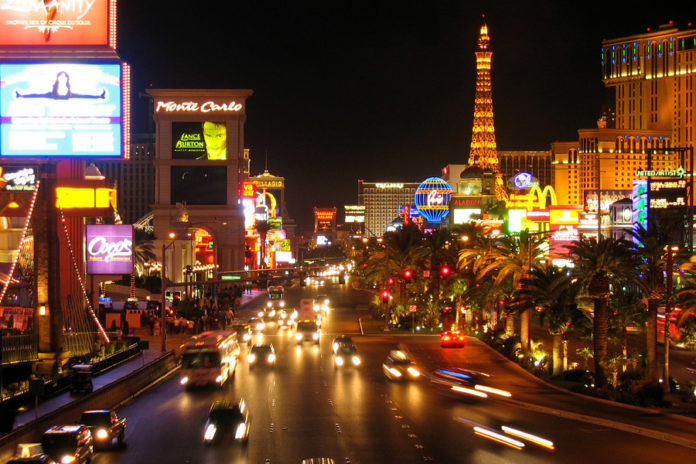 In 2015, Brad Stegman rolled the dice and left his corporate management job at a casino to open The City Bar in Las Vegas. He quickly began to realize it was a gamble he might soon regret; the bar was something that he always wanted to do, but he is now down to his last few months. When he first opened the bar, he was trying to do more of a traditional neighborhood-type tavern, where people from the surrounding area could come get a good drink with live entertainment on the weekends. As the gaming build was very slow, he had to cut some costs. He only has 4 bartenders working for him – Kim, Belinda, Elizabeth, and a bartender named Megan.

Megan has a gross misdemeanor on her record, which is for a gross larceny charge. She turned herself around, although it took going to jail. Not many people are willing to trust a recovering drug addict, so looking for a job was hard because of that. Luckily, Brad hired her. Megan is dependent on the bar to succeed because her daughter, Serenity, is only 10. Brad explains, if he does not have a band booked or a special event, they can do literally $0 in sales. He depends on the bartenders to create their own events and fill the bar; Monday nights are a jazz night, and generally on the weekends, they sometimes have DJs.

Belinda says that the neighborhood is diverse, and as a result, they have a BDSM munch night. The bartenders find that getting along with each other has been difficult, and fights frequently break out. The atmosphere is very stressful – Brad finds it hard to sit at the bar when nobody walks through the door. Brad has committed to not shaving his beard until the bar can be turned around, and unfortunately, he is in debt $140,000. His personal money is dwindling away every single month, and now on the brink of financial collapse and determined to salvage his future, Brad has called into Bar Rescue and Jon Taffer to help. 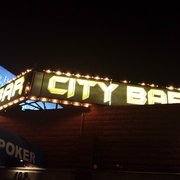 In Las Vegas, Nevada, Jon Taffer feels right at home. He is just east of the Las Vegas Strip, one block out of the Taurus district. He pulls up to the front of City Bar, and explains that Brad, who was a former corporate hospitality professional, opened it with his own life’s savings and his dream. Since then, he is now in massive debt and losing $6,000 a month, but has not turned a profit once. In the bar, Brad steps into the bathroom and screams out curse words as the bathroom is absolutely disgusting. He commands the bartenders to go back and clean the toilet while he sits in the back on his phone.

Jon then immediately calls the bar from out in his car. Bartender Kim finally picks up, and Jon asks to speak with Brad. Jon introduces himself and invites Brad outside to talk for a few minutes. Brad enters the car and Jon asks him point-blank, what is going on in the bar? Megan mops and cleans the toilet, and after, she then goes behind the bar. Jon begs him to do this more discretely so the customer does not know the person making their drinks is the same one who just cleaned down a toilet. And then Jon asks a glaring question – what is the mannequin doing holding a sign in front of the bar? Brad explains that instead of a sign spinner, he put the mannequin out there to try and save money. Jon says that he feels like he is in little Italy in Manhattan, and the mannequin is standing in front of the vendor stands. A mannequin in front of a door is a horrible way to attract customers, and it’s time to stop “f**king around.”

In the bar, Kim demands bartender Megan to stop what she’s doing and that she is not helping the bartenders out any. Jon says that the bartenders’ aggression is being broadcast to the customers, as they take out their petty fights on each other constantly. Since they are in Las Vegas, Jon’s hometown, he sends in his own people to do recon. The president of his consulting group, Leo, and the vice president, John, are performing the task. The two men enter the 3,000 square foot space grossing $23 per square foot in sales, $27 less than the required break-even point. John and Leo have worked for Jon for years and they know what a quality bar experience feels like.

The two spies enter and sit at the bar; John is single and fits that target segment. Jon explains that if they can get 20 people like John to support the bar, then they can make the bar work. However, if the bartenders fighting drive John away, then there is absolutely no hope in making things work and grabbing those customers. This is the key reason why Brad’s bar is failing. Inside the bar, John asks for a cocktail menu. With no cocktail menu, he asks if she can make a mojito. No mojitos can be made because they have no mint. A manhattan can be made, although they are missing one of the key ingredients. Leo orders a bloody mary.

Kim reveals to Megan that the two men are Jon’s two recon agents. Leo sips his bloody mary, and it is very strong. The drink wasn’t even blended, giving it a bunch of layers consisting of tomato juice, hot sauce, and the alcohol. The drink tastes like tomato bisque. John tries it and says that he needs crackers, but the drink is horrible. Leo asks what she’s good at, and Kim says only beer and shots. John then says that he is not a health inspector, but a bartender smoking a cigarette at a bar is a big no-no. The move is actually illegal.

Leo asks what the best cocktail that Kim can make is, and she says a martini. They order a dirty martini with vodka; John jokes that the drink is dirty because of the filth, not the olive juice. Kim pokes the olives with her hands, and all of this points to a massive health violation. In the car, Jon explains that Brad is fielding a losing team, but now his work has truly begun to start.

City Bar Now in 2018- The After Bar Rescue Update

City Bar was renamed to The Bradley; Gaming and Cocktail Lounge, thanks to its owner Brad Stegman. Unfortunately, Brad bowed out quickly after the Bar Rescue episode, and the bar was sold to other owners who did not keep the concept of a gaming and cocktail lounge. The bar was never given a proper chance to be rated, as no reviews exist on Yelp for The Bradley, and few Facebook posts were found. The most interesting note is that every Tuesday was billed as “Tantalizing Tuesdays,” where fetish enthusiasts would meet at the bar to do whatever it is that they would do. In the same location where The Bradley used to exist, Sahara Lounge now exists.