Inanna Sarkis Net Worth 2018 – How Much the Youtuber Makes 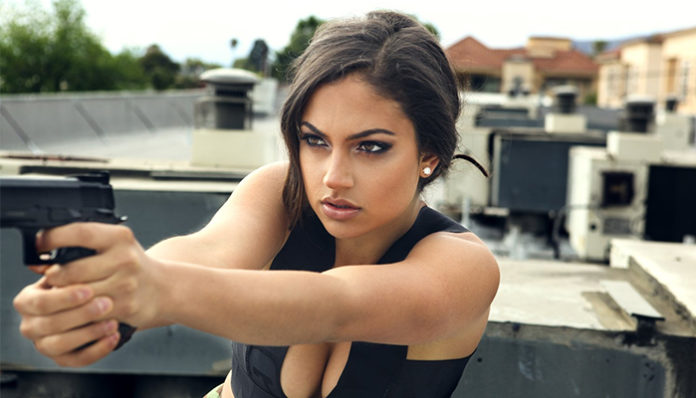 A multi-talented gal, Inanna Sarkis acted briefly before kickstarting her Youtube career in her teens. From Ontario, Canada, she appeared in a few television series including Big Wolf on Campus, Are You Afraid of the Dark as a child. Later as a teen, she joined the video-sharing platform Vine on which she first gained a following.

From there, the brunette eventually decided to hop onto the Youtube bandwagon. Posting a series of comedic skits, her following gradually climbed up over the next few months. Since then, Sarkis has started to post a number of short films- ones written by none other than herself, onto her channel. As of August 2017, she has over 1.4 million (and counting!) subscribers on the site. Aside from Youtube, she’s also widely known on Instagram, Twitter, and Facebook.

In the recent years, the 24-year-old star has also appeared in a few films including A Killer Walks Amongst Us (2016), Happy Birthday (2016), and Deported (2017). How rich is the brunette? According to sources, Inanna Sarkis currently has an estimated net worth of $500,000. Where does her money come from? Let’s find out.

How did Inanna Sarkis Make Her Money & Wealth?

Born on May 15, 1993 in Hamilton, Canada, Inanna Sarkis is the daughter of a Bulgarian surgeon and a Syrian dentist. Interested in the performing arts ever since she was young, she learnt how to play the piano and was taking conservatory lessons by the time she was six. Considering her extensive training in the art form, it’s not surprising to know that for a brief period, the brunette aspired to become a professional pianist.

From an ethnic background, Sarkis was taught Assyrian and Bulgarian by her parents as a child- it wasn’t until her first day of school that she started to learn English. Eventually mastering the language, she earned herself a small role in the popular TV series, Are You Afraid of the Dark? at the age of seven, which also served as her television debut. That same year, she received another opportunity to act in the show, Big Wolf on Campus (2002).

Later a high school student in her teens, she started to get involved with social media. Joining the latest fad, she started to post comedic videos onto Vine, the new coolest thing at the time. A popular app, the brunette soon garnered herself a decent following on the platform by posting various six-second long clips. By the time Vine was shut down in early 2017, the teen had amassed close to 100K followers.

However, it’s ultimately on Youtube, the world’s most popular video-streaming site, that she rose to prominence. At the age of thirteen, Sarkis launched her account under the name, Baby24k. Like most newcomers to the site however, it took a while for her channel to take off. In fact, it wasn’t until the 2010’s that her subscriber count started to come up.

Today, Sarkis is perhaps best known for her comedic skits and short films, all of which she writes, stars in, and creates herself. As of August 2017, the brunette has amassed more than 1.4 million subscribers on the site with over 89 million lifetime views. To date, her most popular upload, a collaboration with a few other Youtube stars- Unusual Heroes, Inanna Sarkis, Lele Pons & Hannah Stocking has been viewed over 7.2 million times.

Some of her other top hits include Unhealthy Relationships (6.8 million views), Virtual Insanity (4.9 million views), Secret Life (4.5 million views), and 50 Shades Crazier (4.2 million views). As you can probably tell, Sarkis often collaborates with other web celebrities such as Anwar Jibawa, Lele Pons, Destroy Power, and Timothy DeLaGhetto, to name a few.

In the recent years, the brunette has also started to create her own short films, which she then uploads to her channel. Some of said titles include Drunk Master, Secret Life, and Middle Eastern Family, the last of which features Anwar Jiwabi. Hugely popular, they easily garner a few million views each after being posted to her page.

So the big question- how much does the 24-year-old star make from her Youtube channel? To answer this, let’s take a look at how Google pays its users. On average, Youtubers receive anywhere from $2 to $5 per 1,000 views for displaying ads on their videos, as a member of the site’s partnership program. Sure, this may seem trivial for the average user with a few hundred views, but it easily adds up if you have the right audience.

Assuming that Sarkis makes at least $2 per 1,000 views (typically 40% of ones total views are monetized), then she would have already earned close to $70,000 from her channel, seeing as how she has a total of 89.2 million views. Having said that, Youtube of course, also takes a cut from the earnings. Still, it’s a decent amount to be raking in from simply posting videos.

Considering how her ad earnings are directly related to her view count, it only makes sense that it would go up if her following was to also go up. According to statistics provided by Socialblade, Sarkis’ channel has been growing steadily since last 2016 (prior to which it was hovering in the thousands). From January to now, her subscriber has leaped from 350K to over 1.4 million- that’s a four times increase in a few month’s time!

As far as daily subs go, it currently goes up by a few thousands per day. As for daily video views, her channel receives anywhere from 400K to 1 million+. At the rate that her Youtube account is growing, it wouldn’t be too far off to say that it’s extremely likely for her revenue from the site to climb in the near future.

While it’s obvious that a large portion of her earnings come from Youtube, the 24-year-old has a few other things going for her. For instance, she’s also continued with her acting career (which she first embarked on as a child) on both television and film. Many years after her last appearance on TV, she returned to the small screen as a minor character in the drama series, Four Kings (2016).

Later that same year, the brunette also appeared in the crime film, A Killer Walks Amongst Us (2016), starring Eva LaRue, Ashley Scott, and Michael Welch. From there, she made yet another cameo in Casey Tebo’s  Happy Birthday (2016), a horror thriller with Erik Palladino, Tristin Mays and Vanessa Lengies in its main cast.

As far as upcoming projects go, she has a few other movie appearances planned. For instance, she will be joining the cast of the comedies, Deported (2017), Boo 2! A Madea Halloween (2017), and All-Star Weekend (2017). For all we know, Sarkis is just getting started with her career on the big screen- will she be reaching Hollywood someday? Perhaps.

What other work has she done? Well for one thing, she’s also a model, and a yoga instructor. Blessed with good looks, she often takes on various modelling gigs through Model Mayhem.

Now that we know more about how her career has panned out, let’s revisit out original question- where did Inanna Sarkis make her $500,000 fortune from? First, let’s state the obvious- her Youtube channel; as discussed earlier, she brings in a decent amount of passive income through the site. As for her second greatest money maker, that would probably be her acting gigs. Though she isn’t a high profile actress per se, it’d only make sense for her to be paid a reasonable amount for appearing in all of the above mentioned titles.

With the potential that she has, it’s almost guaranteed that the twenty something’s net worth will continue to rise over the next few years.

No, it does not appear that the Youtube star is married. In fact, not much is known about her current relationship status, whether it be from gossip or rumours.

Just last summer, Sarkis took it upon herself to reveal on twitter that she is in fact, still single. Despite being a busy gal who is focused on her career however, she has hinted that she does want a boyfriend, one that has similar values as her. Until she finds her Mr. Right however, it looks like she’ll be dedicating herself to her work.

Does Inanna Sarkis Have Any Children?

No, Inanna Sarkis does not have any children that we know of.

Did Inanna Sarkis Go to College?

Growing up, her parents have always placed an emphasis on her education. After graduating from high school, the brunette went to study at Ryerson University in Toronto, Ontario, where she later obtained a Bachelor of Arts degree. Since then, she has been focusing the entirety of her efforts on her online career.

Inanna Sarkis currently resides in Los Angeles, California (not surprising, as most Youtube creators are accumulated in the city). Unfortunately, we do not have any details or photos of her home at this time.

We will update this section as soon as we know more about her location.

What Kind of Car Does Inanna Sarkis Drive?

A well known internet celeb, Inanna Sarkis has millions of fans around the world. On Youtube alone, the comedian currently has over 1.4 million followers (and counting!). A talented filmmaker, she has posted several short films to her page (as mentioned earlier) including Middle Eastern Family, Drunk Master and Secret Life. As of 2017, her videos has been viewed over 89 million times.

Over the last couple of years, the 24-year-old has also been making a name for herself on television and film (mostly the latter). In 2016 alone, she appeared in Four Kings, A Killer Walks Amongst Us, and Happy Birthday. If we were to take a guess, we’d say that she’s just getting started with her career as an actress.

How Much Did Inanna Sarkis Make Last Year?

Unfortunately, we do not have information on Inanna Sarkis’ 2016 income at this time.

Later this year, the 24-year-old will be appearing in the film, Deported (2017) starring Missi Pyle, Jackie Sandler and Clint Howard. Not only that, but she’ll also be making a cameo in Tyler Perry’s Boo 2! A Made Halloween (2017), and in Jamie Foxx’s All Star Weekend (2017).

If you’re a fan, you’ll probably also want to subscribe to her Youtube channel (if you haven’t already done so) to keep up to date with her latest video uploads.