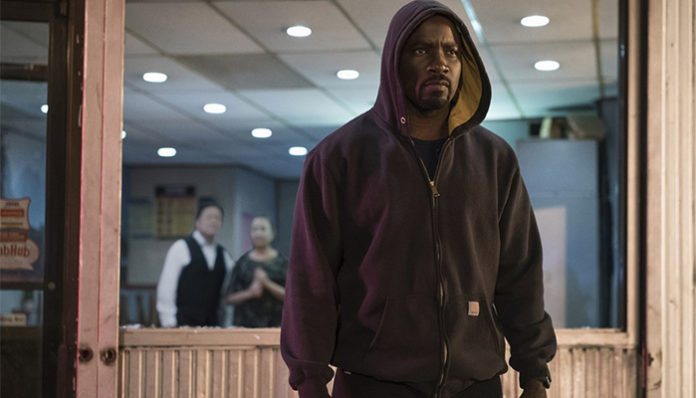 An accomplished actor, Mike Colter is perhaps best known for playing the titular role in the Marvel series, Luke Cage (2016). From South Carolina, he first realized that acting was something he wanted to pursue after watching A Soldiers Story (1984) at the age of eight. Honing his skills throughout his teens, he participated in several plays before obtaining a degree in theatre from the University of South Carolina.

After receiving his MFA in 1999, the aspiring actor landed his first television role in an episode of ER in 2002. From there, he played a small part in The Parkers (2002), before making his movie debut in the drama film, Million Dollar Baby (2004). However, it wasn’t until a few years later in 2010 that he received his first recurring role in the legal drama, The Good Wife.

Then in 2011, he rose to fame as Malcolm Ward in the mystery series, Ringer. Since then, Colter has starred in a few other titles including Agent X (2015), Jessica Jones (2015), and Luke Cage (2016). According to sources, the 40-year-old actor currently has an estimated net worth of $2 million. Where did he earn this fortune from? Let’s find out.

How did Mike Colter Make His Money & Wealth? 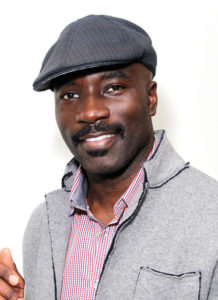 Born on August 26, 1976 in Columbia, South Carolina, Mike Colter grew up in the town of St. Matthews with his four brothers and sisters. Like many actors, he discovered his love for drama at a young age- by the time he was eight years old, he had already made his mind up on becoming an actor. Later a student at Calhoun Country High School, he became the president of the drama club, which he had established.

Continuing to work towards his dream of becoming an actor, Colter participated in several plays during his teen years. After completing high school, he went to Benedict College where he was taken under the wing of drama professor, Scott Blanks. Following that, he transferred to the University of South Carolina frpm which he ultimately obtained a Bachelor’s of Art in theatre.

Determined to succeed, Colter then studied at the Mason Gross School of the Arts under renowned drama teachers Maggie Flanigan and William Esper. Upon receiving his MFA in 1999, he moved to Los Angeles in attempts of making his professional debut. Like many new graduates however, landing parts proved to be a challenge. After a few months of attending auditions, he made a guest appearance in the popular medical drama, ER in 2002.

Cast as Lemond Bishop, a wealthy drug dealer, he made his debut towards the end of season one in the episode titled, Fleas. One of the show’s many supporting characters, he appeared from time to time for the next five seasons; his last appearance was in that of The Deconstruction in season six. In total, he had appeared in 21 episodes.

A year after landing the part in The Good Wife, he played as a main protagonist for the first time in The CW series, Ringer (2011). A mystery drama, it centred around a young woman who poses as her wealthy twin sister in attempts to run from her violent pursuers. While actress Sarah Michelle Gellar played both sisters, Colter took on the role of a recovering addict who serves as her Narcotics Anonymous sponsor.

Premiered on September 13, 2010, Ringer ended up drawing in 2.84 million viewers during its pilot episode. Met mostly with positive reviews, the show was praised by several publications including The Insider and People Magazine. Following a decline in viewership however, it was cancelled by the network. Still, it’s a worthy mention of Colter’s acting career.

In 2013, he joined the cast of the psychological thriller, The Following as a recurring character. Playing the role of Nick Donovan, he appeared in half of the first season, which debuted on September 13, 2011. Following that, he guest starred in a few series including Criminal Minds (2013), American Horror Story: Coven (2014), and Halo: Nightfall (2014).

Then in 2015, he landed a main role in the action drama, Agent X, where he starred alongside Sharon Stone, Jeff Hephner, John Shea, and Jamey Sheridan. Created by William Blake Herron, it revolved around a top secret agent, hidden from the public, who is ready to serve at the discretion of the Vice President. Despite the cast’s stellar performance however, the show never took off and was cancelled after just ten episodes.

After many ups and downs in his career, Colter finally received a breakthrough in 2016 when he was cast as the titular character in Netflix’s Luke Cage. Based on the Marvel Comics, it saw him playing the role of Luke Cage, an ex-convict who with his new superpowers, fight crime in the city of Harlem. Other members of the main cast included Simone Missick, Mahershala Ali, Erik LaRay Harvey, Theo Rossi, and Rosario Dawson.

Released on the video-streaming site on September 30, 2016, Luke Cage quickly proved to be a huge success. Incredibly popular, it garnered nothing but high praise from critics and fans alike. For his portrayal of the Marvel superhero, Colter received a few accolades including an NAACP Image Award nomination, a Saturn Award nomination and an MTV Movie and TV Award nomination.

Possibly the greatest role of his entire acting career, it’s been announced that he’ll be reprising his character in the second season, which is slated to come out sometime in 2018.

Speaking of Marvel, he recently starred in The Defenders (2017), a web series that was released via Netflix on August 18, 2017. Created by Marco Ramirez and Douglas Petrie, it featured a star-studded cast including Charlie Cox as Daredevil, Krysten Ritter as Jessica Jones, an Finn Jones as Iron Fish.

While he’s most well known for his work on television, Colter has also appeared in a few movies titles over the past years including Salt (2010), Men in Black 3 (2012), and Zero Dark Thirty (2012).

Most recently this year, he co-starred in Malcolm D. Lee’s comedy film, Girls Trip alongside Regina Hall, Larenz Tate, and Tiffany Haddish. Featuring a screenplay by Tracy Oliver and Lena Harris, the plot centred around four close friends whose sisterhood is rekindled after going on a weekend getaway trip to the New Orleans for an annual music festival together.

Released in theatres on July 21, 2017, the movie proved the be a big hit, having grossed $31.2 million during its opening weekend after making $11.7 million on the first day. By the end of its theatrical run, Girls Trip had earned a total of $107.2 million worldwide, making it the first comedy title to surpass the $100 million mark that year.

Reiterating what we’ve said above, Mike Colter currently has an estimated net worth of $2 million. From everything that we’ve said above, it’s probably fair to say that he earned most of his fortune from his successful television career. To summarize, some noteworthy highlights include the titles: Ringer, Agent X, Luke Cage, and The Defenders. While he’s not as active on the big screen as he is on the small one, the various roles that he’s taken up in the past would have also helped to supplement his overall income.

Seeing as how he’ll be returning as the main character in the second season of Netflix’s Luke Cage, it’s highly likely that his net worth will go up over the next year.

Colter has been married to his wife Iva Colter since 2016. Reportedly, the two had met in Rutgers while she was pursuing her PhD at the University of New Jersey-New Brunswick, and him a struggling grad.

Incredibly close with each other, she has been his pillar of support for many years- even prior to his rise to fame in Hollywood. After sixteen years of dating, they tied the knot in 2016.

It’s unknown whether or not Mike Colter has dated anyone in the past.

Does Mike Colter Have Any Children?

Yes, the actor confirmed on a segment of The Wendy Williams Show last fall that he has a daughter with his wife.

Did Mike Colter Go to College?

Yes- after completing high school, Colter studied for a year at Benedict College before attending the University of South Carolina where he obtained his Bachelor’s degree in theatre. From there, he eventually went for an MFA degree at the Rutgers University Mason Gross School of the Arts.

Mike Colter currently resides in New York City with his family. At this time, we do not have any details or photos of his home to share with readers.

What Kind of Car Does Mike Colter Drive?

We do not have any details on Mike Colter’s vehicle at this time.

While he’s played several roles since his debut, his best known portrayal is probably that of the superhero in Luke Cage. As mentioned earlier, his acting in the Netflix series has netted him a few award nominations including those for an NAACP Image Award (e.g. Outstanding Actor in a Drama Series), a Saturn Award (e.g. Best Actor on Television), and an MTV Movie & TV Award (e.g. Best Hero).

As of August 2017, the actor has played over two dozen roles on both television and film (more so the former).

How Much Did Mike Colter Make Last Year?

We do not have information on Mike Colter’s salary at this time.

This August, Colter reprised his role as the former convict in the Netflix web series, The Defenders (2017). On top of that, he also co-starred in the comedy film, Girls Trip (2017), which happened to be his first major role on the big screen.

As far as future projects go, he will be starring in the upcoming thriller film, Extinction (2018) alongside Lizzy Caplan, Michael Pena, Lilly Aspell, and Emma Booth. From the looks of it, it will be coming out in theatres on January 26, 2018.

Of course, he will also be reprising his role as Luke Cage in the second season of the Marvel series which is slated to be released sometime next year.