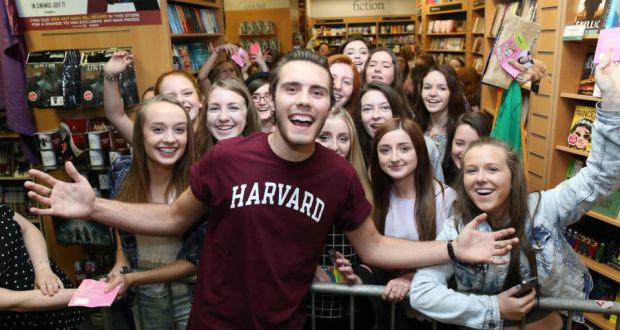 While the digital generation couldn’t be happier with the state of modern technology, one thing they’re sick of hearing is older generations calling social media and the Internet a waste of time, not real, or even pointless. One YouTuber has come out to tell his fans and the whole world that it’s ok to be ‘pointless’ and in fact has built an entire brand and social media empire on it! Is this a philosophical movement designed to examine the delta between that which we place cultural/personal value upon and that which we don’t but still love? Nope, it’s all about having fun! Let’s dive beyond the screen and examine the life and rise of the man himself, Alfie Deyes.

How Did Alfie Deyes Make His Money & Wealth? 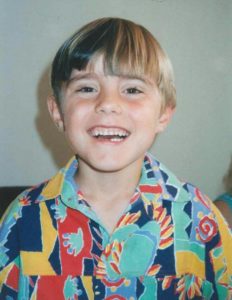 Born Alfred Sydney Deyes on September 17, 1993 in London, England, Alfie and his older sister Poppy spent a few years in London with their parents, Amanda and Nick, before the family relocated to sunny Brighton. Always a chatty kid and full of energy, at age 15 he secreted away the family video camera on a rainy day and shot a simple vlog about being bored, which he uploaded to his newly created YouTube account. Having been inspired by other early vloggers, Alfie kept his channel going, even if his parents and their generation didn’t really understand why he was just sitting in a room and talking to a camera. What began as a small channel in 2009 began to grow while Alfie was in school at Varndean Secondary School in Brighton, to the point that teachers would excuse him from class to attend business meetings on his brand. Though offered a place at his choice university, Alfie’s said he had “too much fun” making videos and declined their offer, though a future in higher education is always available to him.

By 2013, everything was taking off for Alfie and in the best way! What started as ‘pointless’ blogs evolved into three separate YouTube channels, bringing on one just for vlogs and one specifically for gaming, as Alfie put it, who doesn’t want like hanging out with their friends and playing video games? Yahoo! News called him one of their “12 Web-savvy entrepreneurs to watch” in December 2013 and the very next month he graced the cover of Company magazine as the posterboy for ‘Generation YouTube’. Collaborations and side projects with other famous YouTubers followed, including a place on the Guinness World Records OMG! channel, for which Alfie now shares the world record for “Most bangles put on in 30 seconds by a team of two” and “most pancakes filled in one minute” (seven, filled with chocolate sauce and bananas). In 2014, Alfie broadened his horizons into publishing, signing a deal with Blink Publishing for The Pointless Book, a part-journal, part-activity book with a free integrated app. Sales and responses to the first book (2014) were very positive and The Pointless Book 2 (2015) became a No. 2 non-fiction bestseller in it’s first wee, followed by The Pointless Book 3 (2017). Branching out comes naturally to members of the digital generation, and Alife has lent his voice to charity singles, appeared on the BBC Radio 1 Breakfast Show with Nick Grimshaw, and appeared in an episode of the TV series Release the Hounds.

It hasn’t even been a decade since Alfie picked up a video camera and he’s seemingly set for life. A star and inspiration to the digital generation and a YouTuber who’s said his goal is to be a positive influence on all the kids who look up to him, he’s built his career and brand at a lightspeed pace. It just goes to show that even ‘pointless’ things carry weight and capital if one is clever enough not only to understand them but also use them to every advantage. 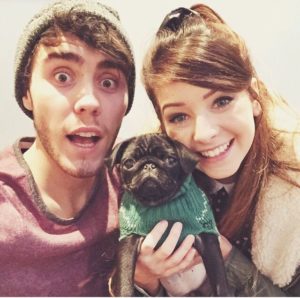 Alfie is not married but he’s not exactly single either! Since 2013 he’s been dating fellow YouTube mega-star Zoe Sugg (of Girl Online fame) and ‘Zalfie’, as their mutual fans have taken to calling the couple, are going strong. Though not engaged (despite rumours that seem to crop up just about every time either one posts to Instagram), neither have publicly ruled out the possibility and a social media wedding would certainly be a first! Alfie and Zoe did take the plunge and move in together, recently trading their £1.3 million mansion for an even sweeter luxury pad in Brighton. Taking their joint 16 million fans on a virtual video tour of the place, it’s perfect for the couple to just relax and be themselves, when they’re not being themselves on camera, that is.

How does Alfie feel about Internet stardom?

While having legions of fans and getting to be a role-model for millions is inspiring, there’s a darker side to Internet fame, one that Alfie has has discovered popping up more and more often. Going out in public can mean just a normal trip to the shops or getting hounded by fans, to the point that some parents have literally been dropping their children off in front of the house he shares with Zoe and demanding selfies. While he’s kept certain aspects of his life off-camera to maintain privacy, so many people have been peeping over his garden wall that now even his mother phones before she comes to visit.

What causes are important to Alfie? 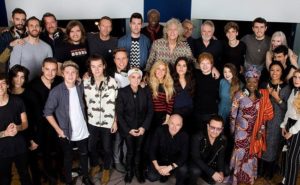 Alfie has been involved with quite a bit of charity work. He sang on the 2014 revival single of “Do They Know It’s Christmas?” as part of Band Aid 30 supergroup alongside such legends as Bono (U2), Chris Martin (Coldplay), Sinead O’Connor, One Direction, Seal, and Ed Sheeran. The third revival of the charity song raised money to help combat the Ebola epidemic then raging in West Africa. As a good Brit, Alfie has also done his part for Comic Relief, the day of comedy to benefit disadvantaged children worldwide (Red Nose Day), by joining the ‘YouTube Boyband’ to raise money for this noble cause. He’s also taken part in several charity auctions by social media, including those to benefit autism research. Being a role-model is more than the known causes one supports, and Alfie has also encouraged his fans to take care of themselves and their health, going as far as to vlog his endoscopic procedure when he was suffering from severe acid reflux.

What does Alfie do with his wealth? 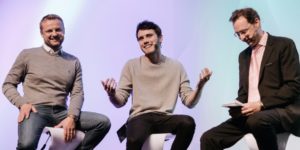 Buy a yacht? Not hardly likely! When asked by Business Insider if massive luxury purchases were in his future, Alfie almost freaked out, saying that it would hurt him to spend that much money at once and more likely, a nice new set of trainers (sneakers) would do. As one of the new generation’s digital celebs, he’s conservative with his fortune, splurging here and there on better equipment for his show and a lovely place to live, but leaving the bank-busting NYC shopping sprees and fantastic sports cars to others. Having grown up in the aughts and witnessed the devastation of the financial crash and Great Recession, it’s no wonder that Alfie and his fellows have learned to be frugal even when dealing with excess. He may be the vanguard of a completely new kind of celeb, favouring planning for the future and business investments over the trappings of a completely conspicuous consumption lifestyle.

Alfie Deyes is a guy made good on what he loves to do. Constantly at work filming, editing and uploading videos, all his hard work is seriously paying off. With nearly 5 million followers on Instagram, 4.7 million followers on Twitter and nearly 12 million YouTube subscribers on his combined three channels, to say he’s got a bit of a following would be an understatement. What’s in the cards for this young star? Recently Alfie has gotten into the merch business, releasing a line of accessories, clothing, and device cases, a move that’s pure business savvy in a world where the digital generation has increased access to funds and are always looking for the hottest trend. Safe to say, Alfie is only going up from here.