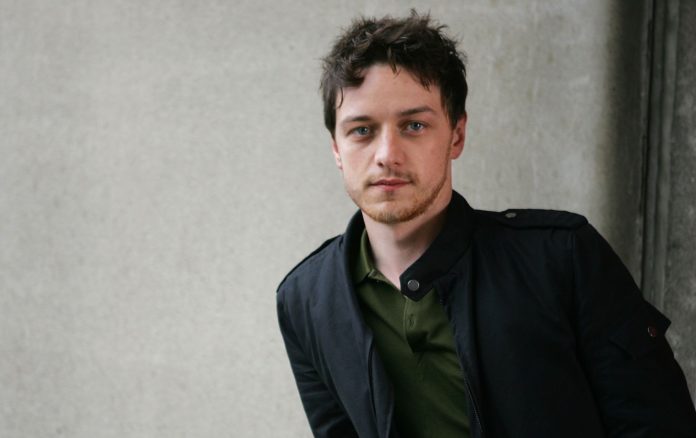 For many people the world over, Scottish actors are a stereotype, playing Billy Connolly-Groundskeeper Willie-type characters. This belief is so pervasive that it’s not uncommon for someone to remark, “Him? I had no idea he was Scottish!” James McAvoy just might top the list for ‘actor people don’t realise is Scottish’ but that only goes to show his extreme versatility as an actor. From an early start in the mid-90’s to leading man status to critical acclaim, he’s a man on the rise and it’s not hard to see why! Let’s delve deeper into the story of this wee boy from Glasgow who risked it all and ended up becoming a household name.

How Did James McAvoy Make His Money & Wealth? 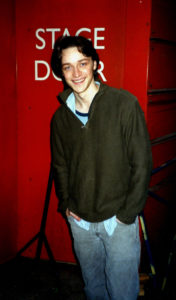 Born on April 21, 1979 in Glasgow, Scotland, James and his sister (Joy) lived with their parents James Sr. and Elizabeth until their divorce when he was only seven. Due to Elizabeth’s health problems, he grew up with his maternal grandparents in the Drumchapel area of Glasgow. His father drifted out of the picture and the two remain estranged to this day. What sounds like a rocky start wasn’t, as James credits his mother and grandparents with teaching him to fight and try for what he wanted and never being overly critical. Always a top student, he attended St. Thomas Aquinas Secondary School but was bit young by the acting bug, starring in his first role at 15 (The Near Room, 1995) and while he had plenty of ideas about the future including the army or the priesthood, he was convinced that acting was the way to go, and enrolled at the Royal Scottish Academy of Music and Drama, graduating in 2000. The next several years would see James starring in random television parts and remaining in the theatre, where he preformed in several critically-praised roles. In 2001, he took a part in the HBO series Band of Brothers, rubbing elbows with the likes of Steven Spielberg, Tom Hanks, and Michael Fassbender.

The early aughts was James’ time to resume-build, appearing in Bollywood Queen (2002), Frank Herbert’s Children of Dune (2003), and as the childlike fawn Mr. Tumnus in The Chronicles of Narnia: The Lion, the Witch, and the Wardrobe, a box office success that raised his name in Hollywood circles. This led to him being cast in the critically acclaimed The Last King of Scotland (2006) and to his breakthrough role in 2007’s Atonement, an adaption of the novel. James was cast opposite Angelina Jolie in Wanted (2008) and continued to do voiceover work and stage plays during this time, until being cast as a young Professor X in the re-boot of the X-Men franchise in X-Men: First Class (2011), a role that he would reprise for each film in the series’ run, X-Men: Days of Future Past (2014) and X-Men: Apocalypse (2016). Being the leader of the X-Men didn’t stop his career, however, as James took multiple film roles in between saving the world, as well as appearing in Macbeth in London’s prestigious West End theatre district. Stage work has always been an important part of his repertoire and for several years James experienced a revival of sorts, appearing in the Peter Barnes play A Ruling Class as Jack Gurney, a role that won him a Best Actor Award from the London Evening Standard in 2016.

Most recently, James appeared in the interesting, somewhat controversial M. Night Shyamalan film Split (2016) where he played the main character, Kevin Wendell Crumb, a man with disassociative-identity disorder (multiple personality disorder) due to childhood trauma. He won the praise of critics for his portrayal of all 24 of Kevin’s personalities and the role has been called the best performance in his career so far. With more projects in the pipeline over the next few years, it’s safe to say that James McAvoy has hit the big time and he’s never looking back. 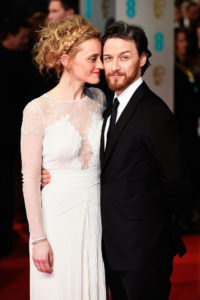 James McAvoy is currently single but don’t get in line just yet, ladies. During his time on Shameless (2004-2005), he met actress Anne-Marie Duff and while they were a flame on-screen, a flame started off-screen as well, and the two married in October 2006. Their son Brendan followed in 2010 but while the couple worked well together, there were problems under the surface and on May 13, 2016, they announced an amicable divorce but still share a home in North London when filming schedules permit to keep life as normal as possible for their son. In a move not usually seen in the modern celeb scene, both value their privacy and refuse to discuss each other (and the divorce) publicly, saying it shows a lack of respect that they will not stoop to. Not all Hollywood relationships work out and the demands of an actor’s schedule are hard enough but when both have to pencil in a marriage between sets, it can get rough. Will James seek out love again or wait for it to find him? So far, he’s not saying.

Celebrities are people too and that includes James McAvoy. He’s an avid fan of fantasy, something he traces to having first real J.R.R. Tolkein’s Lord of the Rings series when he was 11. Ever the football lad, James is still a fan of the Celtic Football Club and has been very public on wanting to one day portray their most storied player, Jimmy Johnstone. Also, like every student in higher education for the first time, James felt a strange lack of confidence when he started attending the Royal Scottish Academy of Music and Drama, the feeling of being a ‘con man’ among actually talented peers known as Imposter Syndrome. Luckily, he got over that quick! James also has some controversial views, including that 3-D is a useless gimmick designed as a cash-grab (and he’s not alone, as many studios are beginning to phase out 3-D) and that British filmmakers often ‘dumb down’ their art to make it more appealing to American audiences, which does a disservice to everyone involved.

Has James won any awards? 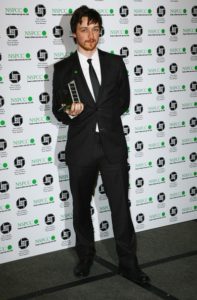 James has won a slew of awards and with his talent, it’s pretty much a given at this point. In 2006 he won two British Film and Television Association (BAFTA) Awards for The Last King of Scotland; Best Actor and Rising Star. In 2007, his emotional role in Atonement earned James an Empire Award (Best Actor) and a London Film Critics Circle Award (Best Supporting Actor of the Year). In 2011, he was one of the cast awarded an IGN Award (Best Ensemble) for X-Men: First Class but it was 2013 that was James’ banner year, as he took home 3 London Film Critics Circle Awards (all British Actor of the Year) for Welcome to the Punch, Trance, and Filth, the last of which also earned him a British Independent Film Award (Best Actor), an Empire Award (Best Actor), and a BAFTA Scotland (Best Actor in Film).

What causes does James feel passionate about? 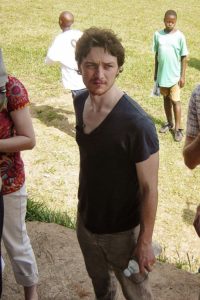 James has thrown his celebrity weight behind a few causes, most notably the British Red Cross in Uganda. During filming The Last King of Scotland, he was horrified at the conditions people were forced into by abject poverty and disease, returning with the British Red Cross in 2007 for several days as an aid worker. The plight of children in the 3rd world is taken as a fact of life by most of the world, so it’s refreshing when someone with a platform speaks up. That’s why he jumped off the tallest hospital building in the world in a terrifying BASE jump to raise money and awareness for Retrek, a charity benefiting Ugandan children. However, James’ charity endeavours aren’t limited to Africa, as he pledged £125,000 to a 10-year scholarship at his acting alma mater in 2015.

It’s been a whirlwind life for James McAvoy over the past near two decades, from graduating from drama school to becoming a sought-after leading man and A-list celebrity. So what’s next for the dashing Glasgow lad? He’s slated to reprise his role as Professor X again in the upcoming X-Men: Dark Phoenix (2018), a take on one of the most famous storylines in the X-Men comics, as well as voicing Hazel in an animated Watership Down, and once again appearing as Kevin Wendell Crumb in Glass (2019) which could potentially bring closure to an M. Night Shyamalan storyline that began with Unbreakable nearly 20 years previous. Still humble despite his staggering net worth, James McAvoy is one to watch in everything he’s in.