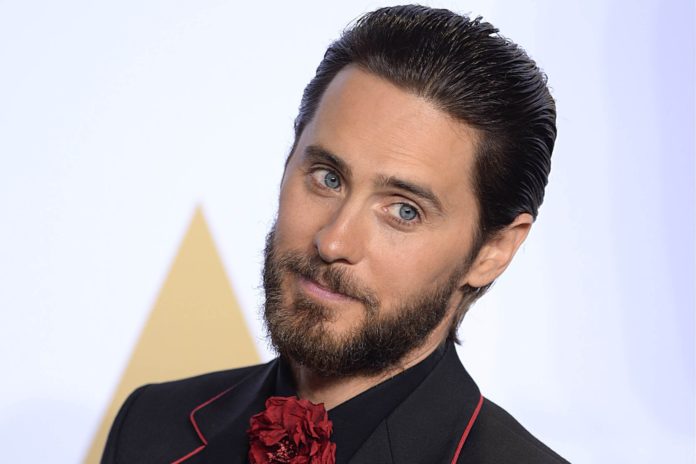 It’s rare that someone excel completely in multiple venues but then, Jared Leto is a rare sort of person. From film and TV acting to critical musical success to dabbling in business and everything in between, he’s an actor with true staying power just being ‘discovered’ by the younger digital generation. But is it all an act? What’s the true story behind the face of so many of the intense, engaging characters we’ve all grown to identify him with? Let’s peek behind the mask and get a good look at the man whose name becomes better and better known each passing year (and that’s no joke!).

How Did Jared Leto Make His Money & Wealth? 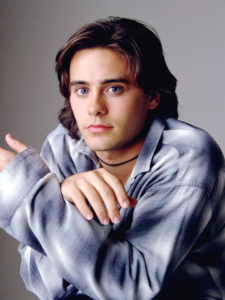 Born Jared Joseph Leto on December 26, 1971 in Bossier City, Louisiana, Jared didn’t have the easiest of childhoods. His parents divorced when he was young and his father committed suicide when Jared was only eight. He, his mother, and his brother Shannon lived with his maternal grandparents and spent years moving around the country. Still, his mother encouraged the boys to express themselves through the visual and musical arts and both started playing music at a young age. Though he had dropped out in 10th grade, Jared eventually returned to school and graduated from Emerson Preparatory School (Washington, DC) and enrolled at the University of the Arts (Philadelphia, PA) before ultimately transferring to to the School of the Visual Arts (New York City). While he was interested in directing, after moving to Los Angeles, Jared found his acting gigs getting progressively bigger and better, with his breakthrough role being in the short-lived but popular My So-Called Life (1994). His first film role would come in 1997 (Prefontaine), a bio-pic of athlete Steve Prefontaine, and saw Jared training for six months to play the part, marking his first foray into method acting. Additional film roles followed, including The Thin Red Line (1998), Girl, Interrupted (1999), Fight Club (1999), and American Psycho (2000).

It was during this time that Jared and his brother Shannon started a band, Thirty Seconds to Mars, signing first with Immortal Records and eventually with Virgin, and would slowly grow in popularity over the years. Meanwhile, Jared took another breakthrough role in the cult classic Requiem for a Dream (2000), starving himself for months to play a convincing heroin addict and earning critical praise for the film. For most of the aughts, he focused heavily on his music career and the band’s success, occasionally taking film roles (Panic Room in 2002, Alexander in 2004, Lord of War in 2005, Lonely Hearts in 2006, and Chapter 27 in 2007) but touring and releasing three studio albums, 30 Seconds to Mars (2002), A Beautiful Lie (2005) and This Is War (2009). The next several years was smaller parts, short films and indie roles as Thirty Seconds to Mars released a 4th studio album, Love Lust Faith Dreams (2013) and Jared made his directorial debut (Artifact, 2012). In 2013 he finally returned to mainstream acting, portraying a transgender woman in Dallas Buyers Club, a role that won him multiple awards and again featured his now-trademark refusal to break character, even when the cameras stopped rolling. After releasing a documentary series based on the band’s certification by the Guinness Book of World Records for the longest running tour, Jared took a new direction in 2015 and accepted the role of the Joker in DC/Warner Brothers Suicide Squad, and although the film was widely panned by critics and fans alike, Jared’s performance was highly praised and it’s assumed he will continue as the Joker in further DC extended universe films.

With a new studio album on the way from Thirty Seconds to Mars (late 2017), Jared recently cast in the Blade Runner sequel, Blade Runner 2049, and as art auteur Andy Warhol in an upcoming bio-pic, business seems to be booming. His business investments and ventures have been well picked and turned out to be quite profitable (For example, did you know that Jared Leto is a major funder of Reddit?). From poor beginnings to mega-stardom, Jared Leto is proof positive that hard work and immersive acting not only yield results, they yield fame and fortune as well. 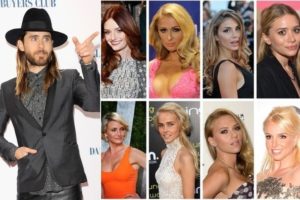 It’s not too late for YOU to become Mrs. Leto, as Jared is currently single but has a habit of ‘collecting girlfriends’. While he’s famously been romantically entangled with Caneron Diaz and Scarlett Johansson, Jared has racked up an ex count of at least 15 (that we know of!) including (but not limited to): Ashley Olsen, (reportedly) Lindsay Lohan, Paris Hilton, Chloe Bartoli, Miley Cyrus, and Katy Perry. We’re not casting judgement either, as the demands of a full-time music career in addition to production and acting, especially Jared’s version of method acting, would take its due toll on any relationship. Is there love in Leto’s future? No one knows but anything can happen and Jared is still young by Hollywood leading man standards, so there’s plenty of time.

Has Jared won any awards? 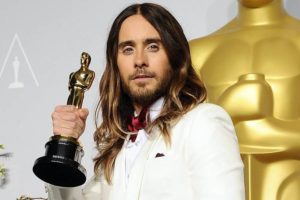 Jared has an impressive resume of awards in his working history, meaning all his hard work must be seriously paying off. The 2013 drama Dallas Buyers Club has proven to be his watershed performance, earning Jared an Academy Award (Best Supporting Actor), a Critics’ Choice Movie Award, a Golden Globe Award, a Screen Actors Guild Award, and 34 other associated awards for his portrayal of a transgender woman. In addition, he won a Gotham Award and People’s Choice at the Toronto International Film Festival for Artifact, Best Performance at the Puchon International Fantastic Film Festival for Mr. Nobody, a Satellite Award for The Thin Red Line, and Best Performance at the Zurich Film Festival for Chapter 27. As far as music is concerned, Thirty Seconds to Mars are similarly critic and crowd favourites, winning 10 MTV Awards at various venues and 15 other associated awards from multiple boards. In addition, Jared also holds a GQ Style Award.

What causes does Jared feel passionate about?

Jared has several causes close to his heart. He’s a vegan and active in advocating for animal rights, as well as tireless support of LGBT+ rights. A long-time supporter of same-sex marriage, Jared raised money to fight California’s Proposition 8 and has campaigned for inclusion rights. Active in charity, he’s done volunteer work for you arts outreach charities, Habitat for Humanity, and several world disaster relief organisations.

What is method acting and how does Jared use it? 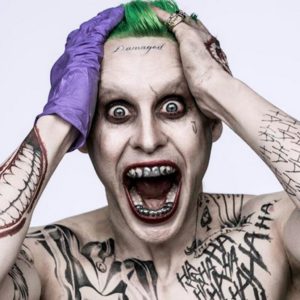 Method acting is a technique by which the actor builds an extreme emotional connection to the character through living all aspects of life as them, never breaking character, also described as ‘the art of experiencing’. Jared approaches roles very seriously; he’s shot up (water) with heroin addicts in preparation for Requiem for a Dream, lost over 30 lbs and shaved his entire body for Dallas Buyers Club including remaining constantly in character, and his preparation for playing the Joker in Suicide Squad made headlines. He spent days watching YouTube videos of causal and shocking violence and ‘pranked’ his costars, sending them packages including used condoms, dead rats, and bullets. There’s no denying that Jared’s able to experience life through characters’ eyes and emotionally connect with them, nor that this ability makes him a genius actor, but the concern of method acting is does the actor ever know when to stop and return to themselves?

It’s clear that Jared Leto is the kind of actor who comes around once in a generation, whose ability to channel the raw energy of empathy and emotion into the characters he plays truly affects the audience. A talented musician, he’s also defied the conventions of expectations on actors who cross-over to music by releasing consistently good, powerful albums and usually insisting on directing the music videos (often under a pseudonym). This Louisiana boy has definitely made good, despite his rocky childhood and here, at the prime of career, one can’t but wonder what incredible roles, music, and experiences lie in his future.