Orlando Bloom Net Worth 2018 – How Wealthy is the Actor Now? 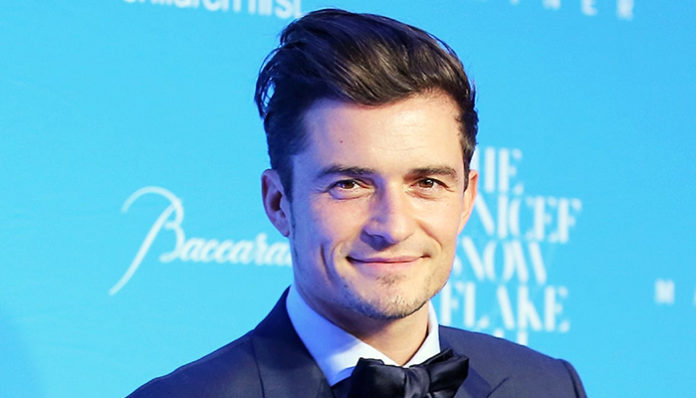 One of Hollywood’s leading stars, Orlando Bloom originally rose to fame as Legolas in The Lord of the Rings film series. Encouraged to pursue drama by his mother, he eventually joined the National Youth Theatre as a teen. Then at the age of seventeen, he made his acting debut in the TV series, Casualty (1994). Shortly afterwards, Bloom appeared on the screen for the first time in the film, Wilde (1997).

His big break later came a couple of years later, when he was cast in the fantasy trilogy, The Lord of the Rings (1999). A huge blockbuster, it quickly turned the actor into the household name. Since then, Bloom has starred in dozens of other movie productions including the popular Pirates of the Caribbean film series.

Hailed as one of the most influential people in British Culture, Bloom has won numerous awards throughout his career. How wealthy is the Hollywood star? According to sources, the 40-year-old actor currently has an estimated net worth of $35 million. What were some of his greatest money-makers? Where did the majority of his fortune come from? Let’s take a look.

How did Orlando Bloom Make His Money & Wealth? 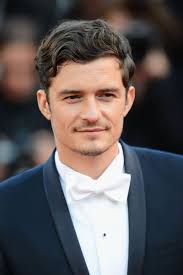 Born on January 13, 1977 in Kent, England, Orlando Bloom was raised in the city of Canterbury with his older sister, Samantha. Growing up, he had always believed that novelist Harry Saul Bloom was his biological father; it wasn’t until he was thirteen years old that his mother told him he was instead, a family friend named Colin Stone. As far as school goes, he went to King’s School before going to St. Edmund’s School as a teen.

Encouraged by his mother to pursue the performing arts, Bloom eventually moved to London to take a two-year course in Drama at Fine Arts College. Shortly afterwards, he also joined the National Youth Theatre, with whom he worked with for two seasons; by the end of it, his time there had earned him a scholarship to the British American Drama Academy. At the age of seventeen, Bloom made his television debut in the series, Casualty (1994).

Three years later, the actor appeared on film for the first time in the biographic drama, Wilde (1997). From there, he played a couple of minor roles in The Ben Elton Show (1998), Smack the Pony (1999), before landing his big break on screen. In late 1999, just a few days before his graduation, he was cast as one of the main cast members in the adaptation of J.R.R. Tolkien’s fantasy series, The Lord of the Rings. His breakthrough role, it remains to be one of the greatest highlights of his career to date.

Directed by Peter Jackson, Bloom played Legolas Greenleaf, a skilled archer who is also the prince of the Woodland Realm. Released in North America on December 19, 2001, the film was a critical success. Upon its release in theatres, it took in over $47 million on its opening weekend; by the end of its run, more than $870 million had come in worldwide.

Responsible for his launch to fame, the movie eventually earned him an Empire Award for Best Debut in 2002. How much did Bloom make from starring in the first instalment? Allegedly upwards of $450,000- not bad for his first major appearance on the big screen.

Following that, Bloom reprised his role as Legolas in the direct sequel, The Lord of the Rings: The Two Towers (2002). Based on the events of the second novel, it welcomed back most of the original cast including Elijah Wood, Ian McKellen, Liv Tyler, and Viggo Mortensen. Even more successful than the first, the film made over $64 million during its opening weekend; by the time it closed in theatres, it had grossed more than $926 million worldwide, making it the highest-grossing film of 2002.

Critically acclaimed, the motion picture received countless awards including six Academy Award nominations, two of which were wins. For his portrayal of Legolas in The Lord of the Rings: The Two Towers, Bloom was allegedly paid a salary of $900,000- double that of what he’d earned from the previous film.

Then in 2003, he returned for the third and final instalment, The Lord of the Rings: The Return of the Kings. Screened on December 17, 2003, it quickly proved itself to be an overwhelming success at the box office. From a production budget of $94 million, it made $1.12 billion. The second film to have earned over $1 billion at the time, it eventually went on to win eleven Academy Awards, which became a new record at the Oscars.

The 16th highest grossing film of all time as of 2017, it effectively cemented his place as one of the lead actors in Hollywood. With his heightened popularity and fame, his salary had also gone up; for reprising Legolas for the third and final time in The Lord of the Rings: The Return of the Kings, he was paid a hefty $2 million.

That same year, Bloom received another break in the form of the swashbuckler film, Pirates of the Caribbean: The Curse of the Black Pearl. Directed by Gore Verbinski, it starred the actor as Will Smith, a blacksmith who partners up with pirate Captain Jack Sparrow (played by Johnny Depp) to save a young woman from the cursed crew of the Black Pearl. Though many expected it to be a flop, it ended up being a box office hit, with a gross of $46 million in its opening weekend.

The first successful pirate film in many years, it eventually took in $654.3 million worldwide. Nominated for five Oscars, Bloom also received his share of accolades including three Teen Choice Awards. According to sources, the actor was paid $2 million- the same as what he’d received for the last instalment of Lord of the Rings.

Over the next few years, Bloom appeared in several films including Troy (2004), Kingdom of Heaven (2005), and Elizabethtown (2005). For those titles, he reportedly made close to $8 million. Then in 2006, he reprised his role as Will Smith in Pirates of the Caribbean: Dead Man’s Chest. Continuing from where the last movie had left off, it saw the return of Johnny Depp as Captain Jack Sparrow and Keira Knightley as Elizabeth Swann.

Released on July 7, 2006, the film’s special effects garnered high praise from critics. Another commercial success- even more so than the first- it grossed $136 million in the opening weekend. A few months later, it had taken in a worldwide total of $1.06 billion, making it the third movie in history to reach the $1 billion mark (in a record time of 63 days nonetheless). In the United States alone, it’s estimated that over 64 million tickets were sold in theatres.

The success of the franchise ultimately meant that Bloom’s salary also took a leap- according to sources, the actor was paid close to $12 million for his role as Will Smith in the second film.

The third instalment of the Pirates of the Caribbean series, At World’s End was eventually released on May 25, 2007. While some criticized its plot, it ended up being another commercial success with a weekend gross of over $114 million in North America. Although it didn’t surpass the $1 billion mark, it later took in a worldwide total of $963 million, making it the highest-grossing film of its year. Reportedly, Bloom was paid another $12 million for the movie.

Looking back, it’s clear that the Hollywood star has earned most of his fortune from The Lord of the Ring and Pirates of the Caribbean series. Still, he has starred in several other films since including Main Street (2010), The Good Doctor (2011), Zulu (2013), The Hobbit: The Desolation of Smaug (2013), Romeo and Juliet (2014), and The Hobbit: The Battle of the Five Armies (2014).

In 2010, the Hollywood actor married Australian model Miranda Kerr after dating for three years. It was later announced that they had separated and filed for divorce in 2013.

Most recently, Bloom was in a relationship with popular singer Katy Perry; just a year later however, it was confirmed that they had split.

Does Orlando Bloom Have Any Children?

Yes, the star has a son named Flynn Christopher Bloom (b. 2011) with his ex-wife, Miranda Kerr.

Did Orlando Bloom Go to College?

As a teen, Bloom had honed his acting skills at the Guildhall School of Music and Drama.

Although he hasn’t gone to college in the traditional sense, he was given an honorary degree by the University of Kent in 2010. 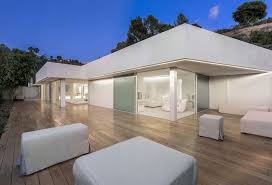 This summer, the celebrity purchased a minimalist pavilion for $7 million in Beverly Hills, California. Located in the Trousdale Estates area, the 4,009 square feet home boasts four bedrooms and four bathrooms. Originally built in the late 1950’s, the property was recently transformed by Mexican architect, Miguel Angel Aragones who had acquired it in 2011.

A comfortable one story home, it includes a snack bar, a media lounge, a multicoloured LED system, as well as a kidney-shaped swimming pool in the back courtyard.

What Kind of Car Does Orlando Bloom Drive?

Hailed as the 12th most influential person in Britain by the BBC, Bloom has garnered countless accolades throughout his professional career including two Bravo Ottos, a Hollywood Film Award, two MTV Movie Awards, six Teen Choice Awards and a Screen Actor Award, among several others. In 2014, he was also honoured with a star on the Hollywood Walk of Fame.

Allegedly, all of his films combined so far have made a total of $2.9 billion.

The actor has supported many organizations over the years including Free The Children, Global Green, Red Cross, Project HOME, Prince’s Trust, Malaria No More, and Peace First to name a few. In 2009, Bloom was named as one of UNICEF’s Goodwill Ambassadors.

More recently in 2015, his efforts had earned him a BAFTA Britannia Humanitarian Award.

How Much Did Orlando Bloom Make Last Year?

According to sources, Orlando Bloom made an approximated $4 million in 2016.

In fact, he recently starred in Pirates of the Caribbean: Dead Men Tell No Tales (2017) this May, for which he was paid upwards of $4 million for.