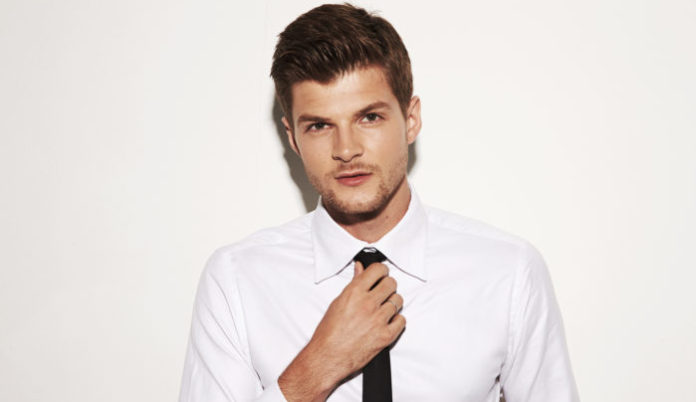 Another day, another YouTuber to look in to. I’ve never been very taken with any of the Vlog crowd, but researching them has been a blast. They have some interesting revenue streams, very different from the standard Hollywood model. The proximity to their fanbase leads to a very insular , and easily leveraged, base for their fame. Jim Chapman is no different. A young British lad famous for his Vlog and being something of a men’s fashion guru. He grew to fame on YouTube, and the vast majority of his wealth comes thoruhg advertising revenues. There are a few other more traditional revenue streams, and I will be going into them later, but for the most part he makes his cash via clicks. He got his start online back in 2010, and a combination of good looks, and easy going sense of humor and an eye for what looks good has served him very well.

So let’s take a close look at the young stars life, see how he got to where he is today, see where he might be going in the future, and most importantly, see how he made is impressive fortune.

How Did Jim Chapman Make His Money & Wealth? 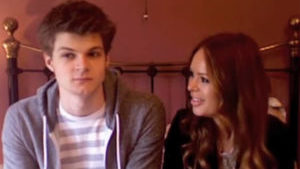 Jim Chapman grew up in Wilby, near Attleborough in the United Kingdom. He has two sisters and a twin brother, who appears on his channel every so often. He has always had an eye on fashion, and in 2010 he started his YouTube channel with a focus on recording his early life, and his distinctive style. He started under the name j1mmyb0bba, but soon removed that branding in favor of his name. His channel grew nominally for a number of years, as he developed his own fanbase. He also has an Instagram, with an impressive 2.3 million followers.

For many YouTuber’s out there, the actual figure on their net worth is hard to come by. There are so many things that need to be taken into account, how many views they get on average, how G they are, what kind of market do they appeal to, who is willing to associate their brand with the YouTuber in question, and most importantly, what cut of all this ad money are they getting. the rule of thumb is $2-$6 per 1,000 views, with the upper bound usually for the most popular content creators out there.

Jim Chapman has been on the site for seven years now, and his 2.5 million subscribers is an impressive figure, but it does not make him uber popular. His videos routinely get over 100,000 views, with some of his collaboration videos getting two or three million views, but they are the exception. The celebrity ecology that grows on YouTube is fascinating, it reminds me of the “featured artist” thing in the world of up and coming rappers, where the artists sell verse to each other to grow their fame and fanbase. The same thing happens on YouTube. Jim Chapman has other famous YouTubers appear on his show, and he then appears on theirs, thus trading fans to and fro, making them more and more valuable as a brand along the way.

He averages around 1 million views on a monthly basis, which will give us an income of around $2,000 per month from ad revenue alone. He is affiliated with the Style Haul Network, and has a number of endorsement deals, leveraging that Instagram audience well by the looks of things. In addition he has appeared as a host on television in the UK and formed a boy band in aid of Comic relief. All this has done wonders to increase his profile, and he began walking catwalks for a number of high profile names in the world of fashion, including Dolce & Gabbana. Back in 2015 he and his wife spent $2 million on a new house in London, and his Instagram reveals a parade of new cars, many of them Jaguars and Mercedes. Going simply by what he puts out there he is worth quite a bit of cash, though I have to assume that many of those vehicles are part of endorsement deals, selling the Jim Chapman lifestyle.

Overall not to shabby. Well managed finances, a few good deals with production houses, and a few more endorsement deals, not to mention the fact that his wife is another popular YouTuber in her own right, and we have a nice view of Jim Chapman’s net worth. It will be interesting to see if in the future this level of popularity can be maintained by YoutTubers, not jut Jim, but other names as well.

Jim Chapman is married. He began dating fellow YouTuber Tanya Burr in 2006, long before either became celebrities in their own right. She focuses on make up, and has her own line of cosmetics out at the moment. The pair were engaged in 2012 and married in late 2015.

Does Jim Chapman have any siblings?

Jim does have a number of siblings, each of them becoming fairly big names themselves. His sisters Samantha and Nicola Chapman, of the YouTube channel Pixiwoo. They focus on make up, like Tanya Burr, and the pair have a line of brushes, as well as a deal with Avon for another channel. His twin brother, John Chapman, who appears on Jim’s channel regularly, and is the co-owner of The Lean Machines Channel. All of them are doing quite well for themselves.

Where is Jim Chapman from?

Jim Chapman was born in Wilby, near near Attleborough in Norwich. He attended the University of East Anglia, and graduated with a degree in Psychology

Where does Jim Chapman live?


Jim Chapman and his wife Tanya Burr bought a house in London back in 2015, for a little over $2 million. The property is ultra modern on the inside, all clean whites, and the couple use the property for their various filming projects.

What is Jim Chapman’s real name?

Jim was born James Alfred Chapman on December 28th 1987. He was raised primarily by his mother.