Kit Harington Net Worth in 2018 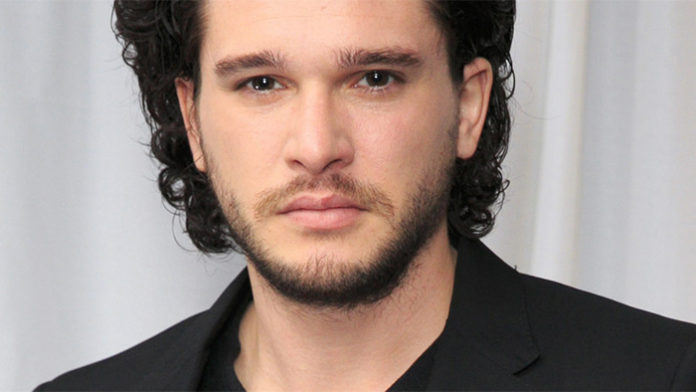 The son of a former playwright, Kit Harington rose to fame portraying the role of Jon Snow in the ever-so-popular series, Game of Thrones (2011). From London, England, he became interested in drama and acting after watching a production of Waiting for Godot in his early teens. A few years later, he enrolled at a local drama school during which he starred in an adaptation of War Horse.

Then in 2011, Harington landed the first television role that he’d auditioned for- John Snow in Game of Thrones. Critically acclaimed, the show quickly rocketed the actor towards super stardom. For his portrayal the series, he has received several recognitions including a Primetime Emmy Award nomination in 2017. One of the highest paid actors on TV, he later made his movie debut in Silent Hill: Revelation 3D (2012).

Since then, the 30-year-old star has played over a dozen roles on television and film. In addition to that, he continues to participate in theatre every now and then. According to sources, Kit Harington currently has an estimated net worth of $4 million. How did he go about attaining this wealth? Let’s find out.

How did Kit Harington Make His Money & Wealth? 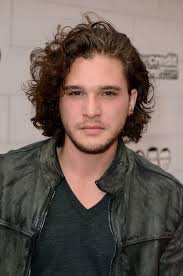 Born on December 26, 1986 in London, England, Kit Harington (Birth Name: Christopher Harington) is the son of Deborah Jane, and Sir David Richard Harington. Growing up, he was a student at Southfield Primary School after which he went to Chantry High School in Worcestershire as a teen. When he was fourteen years old, he watched a production of Waiting for Godot– ultimately, it was this that first sparked his interest in acting.

Following that, Harington transferred to Worcester Sixth Form College, where he studied theatre and drama. At the age of seventeen, he was further inspired to pursue acting after watching a performance of Hamlet, starring Ben Whishaw.  In 2007, he moved back to London and studied at the Central School of Speech and Drama from which he graduated from which he graduated a year later.

Interestingly enough, he had originally wanted to pursue journalism before getting into acting. While still attending the Central School of Speech and Drama, Harington landed a part in a production of War Horse with the National Theatre. For his portrayal of Albert in the play, he garnered some degree of recognition especially after winning two Olivier Awards. Shortly afterwards, he was cast in a second production, a dark comedy titled Posh.

Not long after graduating from drama school in 2008, Harington scored a big role on the London stage in, War Horse. In the play, he played as a young man who follows his beloved horse into combat. Though a success, it was what he managed to achieve after this play that ultimately launched his career. Shortly after starring in the production, he auditioned for a role in the fantasy drama, Game of Thrones (2011). Little did he know at the time that it would eventually become the greatest highlight of his career.

According to the actor, he had a black eye during the audition as he’d recently been in a quarrel. Despite the look, he managed to land the part- which also happened to have been the first audition that he’d attended. After being cast in the show, Harington was told by producers to grow his hair and beard and to go shampoo-less in order to look “a bit dirtier and grubbier.” His television debut, he eventually appeared in the pilot episode titled, Winter is Coming.

Set in the fictional continents of Essos and Westerns, Game of Thrones revolved around nine noble families who fight for control over the mythical lands of Westernos. Based on a novel, A Song of Ice and Fire by George R.R. Martin, it featured an ensemble cast which included Peter Dinklage, Emilia Clarke, Lena Headey, Sophie Turner, and Maisie Williams, among others. One of the series regulars, Harington played as Jon Snow, the illegitimate son of Ned Stark, the lord of Winterfell.

Premiered on April 17, 2011, Game of Thrones was a huge success. After garnering over 2.2 million viewers during its pilot episode, the first season averaged 2.5 million throughout. Later renewed for a second season in 2012, the viewership only continued to climb; by the last episode, it had drawn in over 4.2 million audience members. One of the most popular HBO series, it is currently on the seventh season, which premiered in July 2017.

Watched by millions of fans all over the world, the drama has netted dozens of accolades since its debut including 38 Primetime Emmy Awards, a new record for a scripted TV series. Hailed as one of the “Best written” dramas in television history by the Writers Guild of America, it has also received high praises from Rolling Stone, Empire, and The Hollywood Reporter. As of August 2017, the seventh season has been maintaining a steady viewership of over 10 million in the United States.

In the drama, Harington’s portrayal of Jon Snow was also met with critical acclaim. Nominated for a Primetime Emmy Award for Outstanding Supporting Actor in a Drama Series, he’s also received nominations for five Screen Actors Guild Awards, three Saturn Awards, and a Critics’ Choice Television Award, among others. As far as wins go, he’s received a Young Hollywood Award for Actor of the Year, an Empire Award, as well as a Gold Derby TV Award for Best Drama Supporting Actor.

Considering the scale of the show and its popularity, it’s obvious that the actor is paid a decent amount for his role. One of the “Tier A” characters- aka one of the highest-paid cast members, it’s said that Harington was paid upwards of $300,000 an episode for season five and six (unfortunately, we don’t have any information on the earlier seasons). Following the continued success of Game of Thrones, it has been announced that he’ll be getting a pay bump for the seventh season which amounts to $1.1 million per episode!

According to sources, this new deal will also be continuing into season six. For those who are curious, other cast members who are part of “Tier A” include Tyrion Lannister, Daenerys Targaryen, Jaime Lannister, and Cersei Lannister.

As far as other television works go, the only other title that Harington has appeared in (so far) is the TV film, 7 Days in Hell (2015), in which he starred opposite of Andy Samberg.

While it’s been established that a huge portion of his fortune has come from Game of Thrones, he has several other money makers as well- including what he makes from Hollywood. In 2014, Harington starred in the historical disaster film, Pompeii which is based on real life events of the eruption of Mount Vesuvius in AD 79. Released on February 21, 2014, the movie was a commercial hit, grossing $10 million during its opening weekend. By the end of its box office run, it had taken in over $117.8 million worldwide.

Later that same year, the actor lent his voice to a dragon trapper in the computer animated film, How to Train Your Dragon 2 (2014). A sequel to the 2010 movie, it proved to be a major box office hit, having taken in $18.5 million on its opening day alone. After grossing $49.4 million in its first weekend, it went on to yield a total of $621.5 million worldwide- most of which came from the international market. Met with high praise, it was later nominated for an Academy Award for Best Animated Feature.

Continuing to appear on stage from time to time, Harington has also starred in productions of The Vote (with the Donmar Warehouse) and Doctor Faustus (through Duke of York’s Theatre) in the last couple of years.

No, the actor is not married. Having said that, he has been in a relationship with fellow Game of Thrones co-star Rose Leslie (who plays Ygritte in the drama) since 2012. Despite much speculation by fans, it wasn’t until 2016 that they revealed their relationship to the public.

Does Kit Harington Have Any Children?

No, Kit Harington does not have any children that we know of.

Did Kit Harington Go to College?

After graduating from Worcester Sixth Form College (where he first got involved with drama and theatre), he moved to London and enrolled at the Central School of Speech and Drama; he later completed his studies at the institute in 2008.

Where Did Kit Harington Get His Stage Name From?

As you probably already know, “Kit” is not his given name. In an interesting twist however, the actor had believed it to be his real name up until he was eleven years old. According to Harington, it wasn’t until he was called on by the teacher for not writing his proper first name on an exam that he realized “Kit” was only a nickname, that his mother had given him- that his real name was instead, “Christopher”.

Despite the ordeal, “Kit” remains to be a name that Harington prefers, thus he uses it to this day.

This summer, the actor purchased a £1.75 million home with his girlfriend, Rose Leslie, in the countryside of East Anglia. Located on eight acres, the property includes seven bedrooms, seven bathrooms, as well as a swimming pool in the back to help unwind after a long day of filming. Not only that, but it also features a wooden barn, a guest annex, a tennis course, as well as a pavilion.

What Kind of Car Does Kit Harington Drive?

Information on Kit Harington’s vehicle is unavailable at this time.

How Much Did Kit Harington Make Last Year?

According to reports, the Game of Thrones star was paid close to $300,000 for the sixth season in 2016. Since then, his salary has gone up to $1.1 million per episode in season seven.

Despite it being his television debut, Kit Harington’s portrayal of Jon Snow on Game of Thrones has netted him countless accolades since its debut in 2011. As mentioned earlier, he was nominated for a Primetime Emmy Award for Outstanding Supporting Actor in a Drama Series in 2016.

It’s presumed that Harington will be reprising his role as Jon Snow in the eighth and final season of Game of Thrones which will be released sometime in 2018 or 2019.

As far as upcoming works go, the actor will be playing the title role in the drama film, The Death and Life of John F. Donovan, which is slated to be released on January 18, 2018.