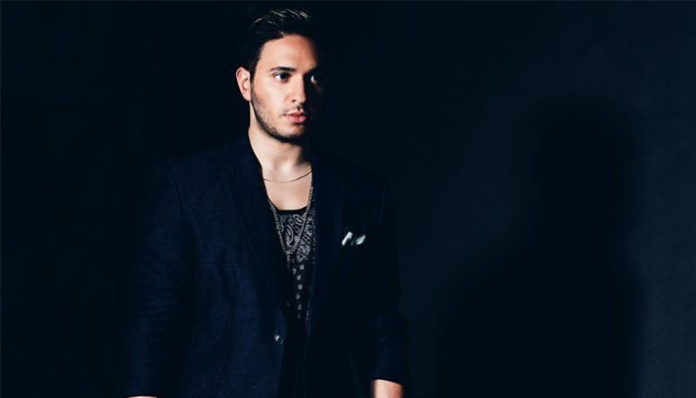 Hailing from England, Jonas Blue is best known for his blend of dance-pop tracks. Like many artists, he developed a certain fondness for music at a young age. By the time he got into DJ-ing at the age of eleven, he’d realized that it was what he wanted to do. Over the next years, he worked to perfect his sound- something that he continued well into his teens.

Then in 2015, Jonas released a cover of Tracy Chapman’s 1988 single, Fast Car. One of his mother’s favourite songs, he recalls having always wanted to remix his own version growing up. A massive hit, it ended up charting within the top 10 in several countries around the world. His debut and breakout release, the song effectively put his music career on the right tracks.

Since then, the 28-year-old has come out with a few other singles including Perfect Stranger (Feat. JP Cooper), Mama (Feat. William Singe), and By Your Side (Feat. Raye), all of which have garnered a decent amount of attention. Diligently working towards stardom, his presence in the music realm have steadily increased over the past two years. To date, Jonas has amassed over 350K fans on social media alone.

According to sources, Jonas Blue currently has an estimated net worth of $200,000. Where does he make his money? Let’s take a look at his different sources of income below.

How did Jonas Blue Make His Money & Wealth? 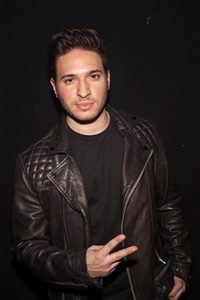 Born on August 2, 1989 in Essex, England, Jonas Blue (Real Name: Guy James Robin) grew up surrounded by music as both his parents were pianists. As a child, he played several musical instruments including the piano, before getting the DJ bug at the age of eleven. Shortly afterwards, he started to get involved with music production. Ultimately, it did not take long for him to realize that it was something that he wanted to pursue as a career.

Drawing inspiration from record producers Calvin Harris and Max Martin, Jonas eventually started to create his own remixes. However, it wasn’t until he was in his mid 20’s that he first garnered widespread attention with his cover of Tracy Chapman’s Fast Car, a hit single from the late 1980’s. Growing up listening to the song (as it was his mother’s favourite), it was a track that he’d wanted to remix for a long time.

Released on December 4, 2015 as a digital download, the tropical house remix featured vocals from Dakota, a singer whom Jonas had met through his manager. Produced entirely by the artist himself, the single proved to be a huge success, having reached as high as number two on the UK Singles Chart- in fact, its performance on the charts even surpassed that of the original from 1988!

Not only was his cover of Fast Car a big hit in the UK, but it also enjoyed similar success in several other countries including the United States, where it charted on the Billboard Hot 100, Hot Dance/Electronic Songs, Dance Club Songs and Mix Show Airplay charts. Since then, the single has gone double platinum in his native UK and platinum in the US. To this day, it remains to be his most successful release.

The following summer, Jonas released his second single, Perfect Strangers in collaboration with JP Cooper. Available as both a standard and acoustic version, it eventually reached number two on the UK Singles chart and number one on the UK Dance chart. Another solid addition to his catalogue, the song eventually also charted in several other countries including the US, Russia, Scotland, Hungary, Norway, and the Netherlands, to name a few.

Later that year on October 28, 2016, he dropped his next song, By Your Side, which features British singer-songwriter, Raye. Once again made available as a digital download, it peaked at number six and number fifteen on the UK Dance and UK Singles charts respectively. In the United States, the single also charted on the Billboard Dance Club Songs and Hot Dance/Electronic Songs charts. As of August 2017, the official music video has been viewed over 56 million times on his Vevo Youtube account.

Most recently, Jonas delivered his latest single, Mama on May 5, 2017. Another collab- this time with William Singe, it reached number four on the UK Singles chart not long after its release. A global hit much like his earlier titles, the song also charted in Canada, Belgium, Australia, Germany, Norway, and the United States, among many other countries. So far, its MV has racked up over 155 million hits on Youtube, making it even more successful than his previous single.

After a series of singles, he came out with his first compilation album titled, Jonas Blue: Electronic Nature – The Mix 2017 on July 14, 2017. Released through the Universal Music Group, it ultimately charted in Finland at number 41.

Despite the popularity of the above titles, it would appear that record sales aren’t the biggest money-maker for the star. The winner of that title, goes towards his concert tours. Since his debut, Jonas has hit the stage numerous times across the globe. Just last year, he performed over 70 different shows worldwide from Germany to New York.

Obviously on a roll, he’s actually on the road as we speak- so far this year, he’s already travelled to more than 60 cities for his 2017 tour. From the looks of it, Jonas will be performing well into this fall. For more information on his concert dates, please visit his official website.

Currently it is estimated that Jonas Blue has a net worth of $200,000. Drawing from everything above, our best guess is that he earned it from his record sales and concert performances over the past few years.

No, the 28-year-old rapper is not married. In fact, not much is known about his love life at this time.

Does Jonas Blue Have Any Children?

No, Jonas Blue does not have any children that we know of.

Did Jonas Blue Go to College?

From what we cal tell, Jonas Blue did not go to college- he went straight into music after his high school days.

Where Does Jonas Blue Live? Pictures of Jonas Blue’s House

Jonas Blue currently relives in London, England. Seeing as how he’s rather tight lipped about his personal life, we do not have any details or photos of his house at this time.

What Kind of Car Does Jonas Blue Drive?

We do not have any information on Jonas Blue’s vehicle at this time.

In the last two years, Jonas Blue has successfully made a name for himself in the music scene, with four hit singles, all of which have earned a spot on multiple record charts. Despite being a relative newcomer, he’s also received a few accolades including a MTV Europe Music Award nomination and two Brit Award nominations.

How Much Did Jonas Blue Make Last Year?

Information on Jonas Blue’s 2016 income is unavailable at this time.

As mentioned earlier, Jonas Blue is currently on the road for his 2017 tour. For more details about the dates, please visit his official website at jonasblue.com.

As far as singles go, his most recent release was that of Mama (Feat. William Singe) which was dropped on May 5, 2017.