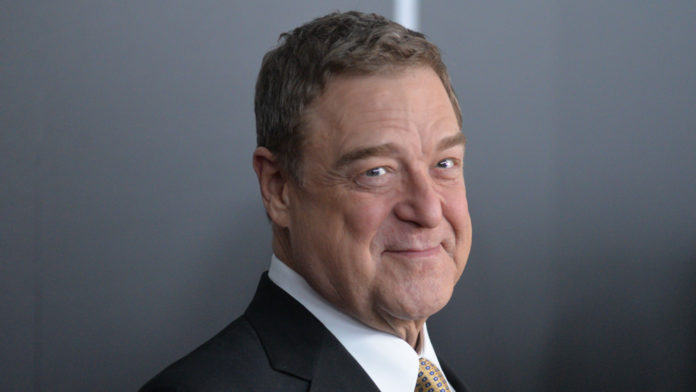 Continuing from last weeks look at Roseanne Barr’s net worth, today I will be diving into the wealth of John Goodman. To say that he is most famous for his performance on Roseanne would be doing this supremely talented actor a disservice. Don’t get me wrong, his portrayal of Dan Conner on the hit sitcom was wonderful, and hugely influential on how sitcom dads are portrayed in modern sitcoms, but John Goodman is so much more than a sitcom actor. His work with the Coen Brothers is fantastic, his voice over work rich and his dramatic roles chilling. He is a dominating presence in modern cinema, and when I see his name on the credits of a flick I know I am in for a good time. As an actor how he makes his money is well known, he has been in the business for a long time, and his star power is enough to pull in the big bucks for many projects.

So let’s take a long look into the life of John Goodman, see where he made his fortune, and where he might be going in the future.

How Did John Goodman Make His Money & Wealth? 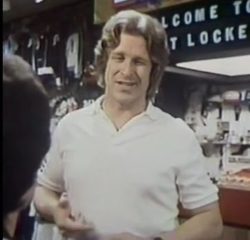 John Goodman was born on Jun 20th 1952 in Affton Missouri. He played football in High School and went to Missouri State university on a football scholarship. His dreams of professional football were dashed when he was sidelined by injury, and so instead focused on his acting. He graduated from State University in 1975 with a degree in the fine arts.

He moved to New York in late 1975 to pursue a career as an actor, but failed to make much traction. He landed a few voice over roles, due to his distinctive voice, and appeared in a few commercials, but he would not appear in any films of television shows until the early eighties. It was slow going for the young John Goodman, bu talent and perseverance paid off for the big man. His work off-Broadway was well received during this time, and he originated the role of Pap Finn in the musical Big River, an adaptation of Huck Finn. he was nominated for an award for his performance, but did not win. The musical is something a rarity for the 80’s, seen as the most popular musicals of the era were coming out of the UK.

In 1986 John Goodman got his first big break in cinema, with a major role in True Stories. It would prove the springboard his career needed, and by the following year he had a major role in his first Coen Brother’s flick, Raising Arizona. In 1988 he was signed on to play Dan Conner on Roseanne, a role we would play for the entire run of the show. During the early days of the shows run he received around $15,000 per episode, but by the third season of the show was airing he was pulling in $175,000 per episode. The figure continued to rise over time, and by the end of the run her was making $800,000 per episode, an impressive figure. He did not, however, appear in all of the episodes for the final season, as he was busy filming The Big Lebowski, the third of five Coen Brother’s films he appears in.

John Goodman’s career never really slowed down. Unlike Roseanne Barr, after Roseanne ended Goodman appeared all over the place, mostly in major films and bit roles on television. He had a hilarious run on NBC sitcom Community, playing Vice Dean Laybourne of the air conditioner repair annex. Well worth watching, one of my favorite seasons of the show, and John Goodman’s performance is a big part of that love. His film work is a hodge podge of genres and characters, including more Coen Brother’s films, the Cloverfield sequel, where he was chilling, and a while host of voice over parts, where he puts is wonderful voice to great use.

Considering how busy John Goodman is it is not hard to see how he made his fortune. He has the acting chops to convince me of anything, I buy his performances wholesale. When we add in the firm foundations provided by his time on Roseanne it all falls into place. Interestingly he is set to appear in the Roseanne revival, which will air in the middle of 2018. I say interestingly due to the ending of the show. Should be interesting to see what happens there. Fair warning, there may be spoilers below in the FAQ section.

He is. John Goodman married Annabeth Hartzog in 1989, and the couple have been together ever since. They have one child, Molly Evangeline Goodman, who works as a production assistant in the film industry. The couple are long time residents of New Orleans Louisiana.

Where is John Goodman from?

John Goodman is from Affton Missouri.

What was John Goodman’s first on screen role?

the first thing John Goodman appeared in was an ad for Burger King, where he had no lines. Such a waste f that voice if you ask me. All he had to do was bite into a Whopper with gusto. And he nailed it. 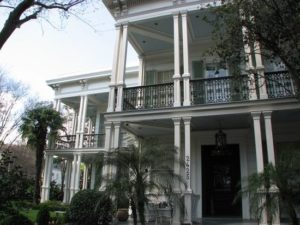 This is just a weird fact, but he bought it from Nine Inch Nails front man Trent Reznor. Just thought it was fun. It is a lovely place in the Garden district. You can see a picture of it there on the right.Looks like the house from The Fresh Prince of Bel Air, right?

Has John Goodman Won Any Awards?

So many awards. John Goodman has been in the business for a long time, and in that time he has received a Golden Globe, a Screen Actor’s Award and a Primetime Emmy.

How will John Goodman return in the revival of Roseanne?

It’s weird, right? I mean, Dan died in season 8, though it wasn’t told to the audience until season 9. So how is he supposed to come back in the new show? According to John he doesn’t really know, but he assumes they will just ignore it. I love the concept, I mean, by the shows end people were less than fond of the creative choices made, and the idea of just saying, nope that didn’t happen, or even just making a nod to it and moving on really appeals to me. Worst case scenario, just assume it was in an alternate reality. Very in vogue writing choice that.