Macbooster from Macbooster.net – Does it work? 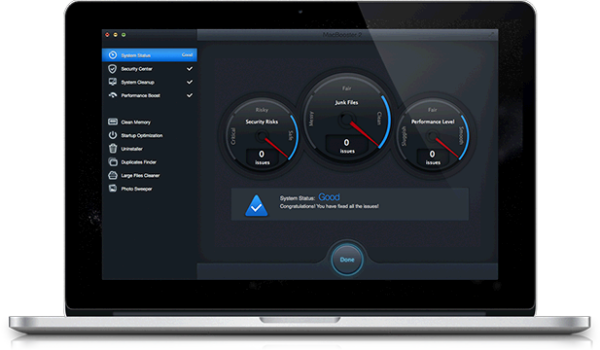 Macs are expensive. No big news there, everyone knows that, and with that expense comes an expectation of a quality machine able to help produce top of the line music and artwork. However, without the ability to properly hack and customize your system as you can a PC with no problem, many Macs suffer for their age much faster. This is true for both software and hardware capabilities, so quite a few users have been looking around for ways to up their performance on these machines so as to get as much time out of their investment as possible. Here we take a look at one of the ways to theoretically get more out of your Mac, Macbooster.net.

So, there’s a potential for a bit of a mix-up in terms of downloading this product. It does have its own product page (Macbooster.net) but it is also featured on the developer’s page, IObit. Both lead to the same download and are perfectly valid and safe. Both offer a free download to test the software, and also the option to buy with the price tage of $40 for one Mac and a paltry amount of support, for $60 you can use the software on three Macs with significantly more features and $30 more you can have five Macs and aside from features have 24/7 priority customer support. Download itself is minimal at 27MB and is quick to boot up.

With that price tag, it’s assumed you’re getting some quality features, right? Well, with the limited ability to tinker with Macs (at least coming from a PC/Android background) I would assume any new features are pretty appreciated. To this end, Macbooster offers the quite a few features in their software. 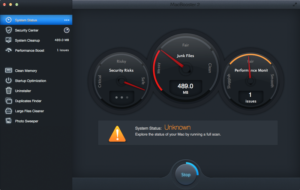 Starting out when you open the program is something that looks a little confusing, to be honest. Three gauges which look like they belong on a car help monitor your security, a system cleanup (with cleanup speeds instead of an odometer) and a performance booster with issues being read on the bottom of the gauge. On the left of these there is a more standard style menu which houses the security center which can check for malware, viruses, system configuration and get rid of cookies, which is really handy as despite the common claim that Apple products don’t get viruses, they absolutely can and security should be as big a concern for you as the average computer user. Adjustments to systems configurations are easy to make and don’t require a whole lot of hoops to jump through. Next up is the Systems cleanup which looks like how iTunes interprets your iPod data usage. It’s not entirely clear on the outset what the function actually does but it seems to clear away so-called junk files without damaging the rest of the system. You can also manage and uninstall apps within the program, which seems redundant but can be helpful to those who are new to Apple’s architecture and aren’t keen on learning a new skillset. One of my favorite features was the startup optimization, which, again while possibly redundant, did make things quite easy in terms of reworking an older Mac to feel pretty new when turning it on.

Overall, the features of Macbooster seemed to be geared towards those who needed ease of use over depth of function. This isn’t to say that Macbooster doesn’t really work, it does, but I found myself asking quite often “could I learn to do this myself?” And a quick search usually stating that I could if I wanted to put some time into it. One gigantic benefit of this software was the security it provided, as well as its tendency to nudge users to add more security protocols (such as a login password) to their device that was already there and simply not being used. Ironically in terms of drawbacks, despite being able to search to see if I could perform similar tasks, the program itself is rather vague about what it does and simply does it. Again, if you’re not interested in details or specifics and just want something fixed or sped up now, it’s great. For someone that admittedly spends about as much time hacking devices as he does actually using them, it was a little off-putting. 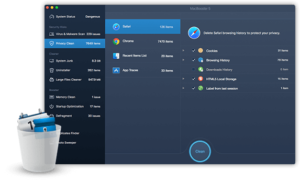 Overall, I can say that I can recommend Macbooster as a good product, as it does exactly as it says on the tin, and does so well. It is fantastic for young or new users of Apple Products, or those who simply don’t care to get knee deep in their own systems. For those with more than a rudimentary knowledge of Apple products though, you may feel like this is an expensive lesson to learn, and it’s heavily encouraged you try the free trial before getting your wallet involved. In terms of a rating, I’d give Macbooster an 8 out of 10, and would say that IObit has earned its place as a big name in the realm of Apple maintenance technology.