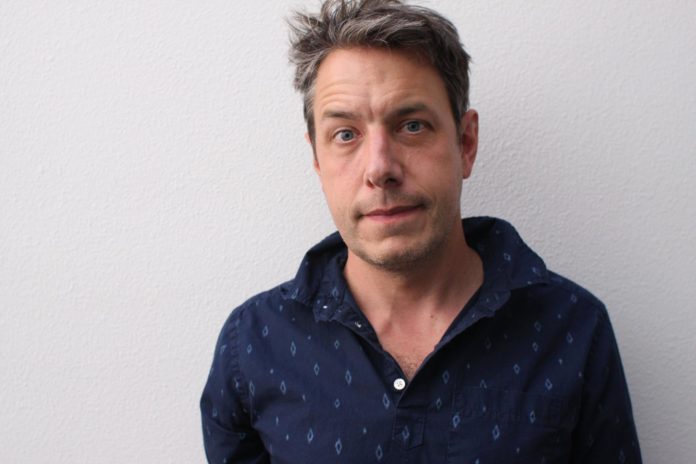 Another article on a cast member from The Big Bang Theory, John Ross Bowie plays Barry on the show. He doesn’t show up too often, but when he does I know I am in for a good time. Not being a main cast member, he does not pull in the big numbers like the rest of them, but seen as he is a a recurring character, and the show is making so much money, seriously, the amount of money The Big Bag Theory makes is staggering, he is still sitting on a fine ass fortune. Ross Bowie is more of a working actor than anything else, with few major credits to his name, just a filmography filled with solid performances, and very little working gaps. Impressive on the market these days. He only appeared once last season, and while I missed the character, the fact that Ross Bowie is a main cast member on the show Speechless is great. If the show does well then I may have to change this article sooner rather than later.

So let’s take a look into the life and times of John Ross Bowie, see how he made his money.

How Did John Ross Bowie Make His Money & Wealth? 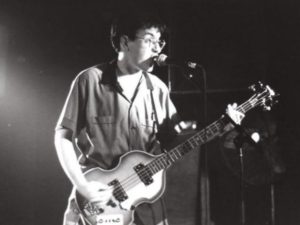 He was delivered on May 30th 1971 in New York. He graduated in 1989 and got his degree in English and Education. He had a talent for improv comedy, and joined a number of groups in and around the New York area while still young. Interestingly, acting and comedy was not his first foray into the world of show business. He was in a pop punk band called Eggheads back in the early to mid nineties.

I loved that genre growing up, and it is still an influence for me today, so it was a lot of fun listening to the tracks he put together way back when. None of it is amazing, but there are some fun hooks, and back in 94 the pop punk scene in New York was pretty much non existent, so in many ways it was a pioneering group. He still plays with the band every so often, there are some videos from 2k9 of him playing, bass and vocals, and he still puts out music every once in a while.

An often overlooked aspect of Pop Punk is its irreverent nature, the fact that it is in an of itself a form of comedic expression. So when the band broke up in 1998 John Ross Bowie’s move into comedy seemed perfectly natural. He showed up in three episodes of The Upright Citizens Brigade show from 1999-2000, giving him the exposure he needed to grow his television and film career, and from the late nineties on it kinda exploded. Not in the A-Lister way, but more in the is very seldom without work way. From 2009 until present he has had a recurring role in The Big Bang Theory, and recurring actors in that show tend to make between $50,000 and $60,000, no small sum.

His income comes primarily from acting, and it is set to increase by a fair bit in the coming years, as late last year he starred in the sitcom Speechless. The show has already been renewed for a new 24 episode season to debut this September. It means that he is less likely to show up on The Big Bang Theory, which is bad, but we get to see a lot more of his talents on the screen, which is great. He is also a talented writer, with both books and screen plays under his belt.

He is. John Ross Bowie is married to Jamie Denbo. The couple wed back in 2004. they have two children. Jamie is an actor as well, having appeared in a variety of films and television shows, including the 2016 Ghostbusters remake and Wet Hot American Summer.

Where is John Ross Bowie from?

No, John Ross Bowie is not related to the late David Bowie.

Was John Ross Bowie in a Punk band in the nineties?


I love this fact. Yeah, he was. he was the front man of a group called Eggheads. They never amounted to much, but their presence on the New York scene in the mid nineties really normalized the genre in the city. Before them the pop punk movement was very much a west coast thing.

Did John Ross Bowie Write a book about the Cult Film Heathers?

This is another weird one. Yeah, he did. I love that flick, and you can see the influence the film had all over the place, from Scream to Disney’s Recess. Ross Bowie wrote a book about the merits of the cult hit back in 2010, and it is well worth a read. Not only does it dissect the film, but Bowie’s writing style just oozes comedy at the same time as insight.

He does not, no. He based the voice on Elmer Fudd. He does have a slight speech impediment, a sibilance to his regular speech, but it is very slight.

Where can I see John Ross Bowie this year?

All over the place by years end I have no doubt. A new season of The Big Bang Theory is set to air in September, and so is a new season of Speechless. He has a few minor roles in between, but those are the main ones. I expect if Speechless does well in its second season that he will be a little too busy for side projects in 2018, but we’ll see.