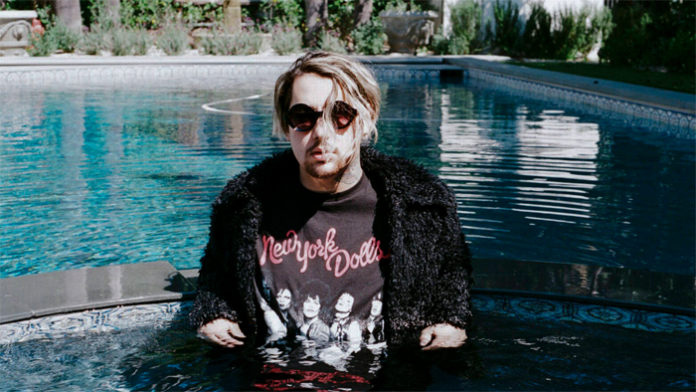 One of the many emerging emcees from Los Angeles, Jez Dior has been making waves in the hip hop scene over the past couple of years. The son of Steve Dior (the guitarist for Sex Pistols and the London Cowboys), he first entered the indie rap scene at the age of twenty one. Drawing inspiration from Kanye West, Kurt Cobain, and Jim Morrison, he released his debut mixtape titled, Scarlett Sage in 2013. Since then, his popularity has been on a steady incline.

Over the past few years, Dior has come out with several singles including Love Me to Death, Clean Me Up, and No More Tears. Not only that, but he’s also had the opportunity to work with several other artists including G-Eazy, Danny Score, Olivver the Kid, Jon Waltz, and Elijah Blake. As of 2017, the twenty something has released two extended plays, The Funeral and Younganasia.

How well off is the rapper today? According to sources, Jez Dior currently has an estimated net worth of $200,000. Where did the bulk of this huge amount come from? What are some of his greatest money-makers? Let’s try to answer those questions below.

How did Jez Dior Make His Money & Wealth? 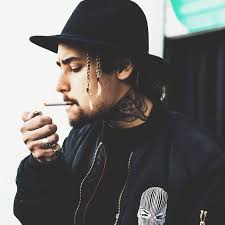 Born on June 12, 1992 in Los Angeles, California, Jez Dior is the son of Steve Dior, a guitarist known for his work with the Sex Pistols and London Cowboys. Exposed to music early on, he eventually discovered rap during his young teens. By the time he was thirteen, he was creating his own songs- a talent that has obviously progressed immensely over the years. Growing up, he listened to a wide array of artists including Kanye West, Kurt Cobain, and Jim Morrison.

Still, life at home wasn’t the easiest. Due to his father’s addiction problems, the family was torn apart. As such, he spent a lot of time by himself, most of which he spent by immersing himself in music. Drawing inspiration from his favorite artists, he eventually started to record his own material at the studio- however, not before adopting a look complete with eyeliner, nail polish, and leather.

After a period of honing his skills, Dior released his first song, Candles in the fall of 2012. Made available as a digital download, it garnered the new artist a decent amount of attention, having gained some traction online. Shortly after its release, the rapper uploaded an official music video for the single onto Youtube, which has since been viewed over 858K times. Inspired by the track’s success, he soon got back to work on his debut mixtape at the studio.

Said project, titled Scarlette Sage was released on June 12, 2013. The up and coming rapper’s first mixtape, its production was handled mostly by Danny Score. Featuring an array of catchy beats, ten tracks were included in the tape including Love Me to Death, Nice Day, West Coast, Move On, Dreamcatcher, and Downfall. An overall success, it also boasted a few guest appearances from artists MDNT, Wes Period, and Anabel Englund. Praised by fans, the tape has been streamed well over a million times altogether on Soundcloud as of 2017.

Continuing to put forth new material, the rapper later dropped the track, Who Drank My Whiskey? on March 18, 2014. Once again produced by Danny Score, the song proved to be a huge hit, garnering thousands of streams within a matter of hours. The same day as its release, an official music video directed by Valentina Avayu was also uploaded onto Youtube- so far, it has already racked up over 136K views on the site. Like his previous titles, the single was also posted onto his Soundcloud account, where it has since received close to 200K listens.

On November 18, 2014, his long awaited debut extended play, The Funeral was released online. His first LP, it contained seven tracks including Heroin, Clean Me Up, Leather, Bleach, Starts Again, Kings / 100, and Old No. 7. Described as being a “grunge rap” album, its sound is molded with help from music producer, Danny Score. A solid release, it featured guest appearances from G-Eazy, Olivver the Kid, and Jon Waltz, all of whom he’s worked with before.

From there, he released his next single, Parachutes on January 23, 2015. Produced by Wes Period and Danny Score, the song featured OnCue, a rising rapper from Brooklyn, New York. A few months afterwards, Dior dropped his second song of the year, The Line, which is taken from his forthcoming album at the time. Combined, these two tracks have been streamed over one million times on his official Soundcloud page.

On September 16, 2016, the artist delivered his second EP titled, Youthanasia. Released through Steel Wool and Empire Records, it boasted five tracks including Separated, Lucky Enough, Loved You First, Long Sun, and Forever, the last of which featured Elijah Blake. Recorded over a period of a year, it is currently available for streaming on both Spotify and Soundcloud.

Though he hasn’t released a new EP since, he has offered fans a few singles this year, one of which includes, On the Road- a song by Samson that also features rapper Packy. Then on May 12, 2017, Dior dropped the single, No More Tears. Produced by Chris Wallace and Matt Rad, it has managed to garner over 122K plays on Youtube within just a few months time.

Two months later, he released his latest single, Sober under Epic Records. Dior’s first major label release, he has described it as being “the way [he] felt when [his] life was spiraling out of control” after first moving to Hollywood. Made available via the iTunes store, the song revolved around “the experiences that [he] had and the trouble [he] was getting into [at the time].” As of 2017, the official audio uploaded onto his Vevo page has been streamed over 18K times. On Soundcloud, the track has proved to be more popular with more than 49K plays.

As it is with most artists, singles and EPs aren’t the only sources of income for the rapper. For instance, he also makes a decent amount from going on tour and putting on shows. For instance, the twenty something just recently went on a worldwide tour last year, where he performed at over 20 different venues across the globe- from Berlin, Germany, to Vienna Austria. Even prior to that, he had hit the road numerous times for countless performances across the United States- his first show was held at the Viper Room in West Hollywood in May 2013.

As far as upcoming performances go however, it doesn’t look like Dior has anything planned for this fall (as of yet).

In addition to all that, it’s assumed that he also makes some cash on the side from his Youtube channel, JezDiorTV. Since his account was first launched in 2012, he has amassed over 14K subscribers with more than 2 million lifetime views. As I’m sure you’re already aware, users are able to monetize their content by displaying ads provided by Google. Though the payout can be small (e.g. a few dollars per 1,000 views), it easily adds up given that there’s enough views.

Assuming that Dior has been receiving at least $2 per 1,000 monetized views, he would have easily already made over a thousand dollars from his videos. Currently, his most popular video- the official MV for Candles has received over 858K views- that’s a few hundred dollars in ad revenue!

On top of his personal channel, the rapper also has a Vevo page on Youtube, though it’s not as popular as the former. So far, his Vevo channel has a little over 2,000 subscribers with more than 217K video views.

If you’d like to support his efforts, Dior has set up an official store via District Lines. Though it looks like his tee shirts and hoodies are currently out of stock, fans are still able to purchase a signed The Funeral EP for $15. To check out the store for yourself, click here.

Now, returning to our original question- where did Jez Dior earn most of his $200,000 from? Drawing from what’s been said above, it’s clear that he has a few different revenues of income- including his record sales, concert shows, tours, and Youtube channels.

No, he is not married. In fact, it’s unclear whether or not the rapper is currently seeing someone. In the past however, he did mention that his relationship with his girlfriend’s family was tainted due to his “destructive lifestyle.” Unfortunately, that cryptic statement is about all we know about his dating affairs.

Does Jez Dior Have Any Children?

No, Jez Dior does not have any children that we know of.

Did Jez Dior Go to College?

From what we can tell, the rapper has not gone to college. As a teen, he had dropped out of high school prior to receiving his diploma.

Where Does Jez Dior Live? Pictures of Jez Dior’s House

Jez Dior currently resides in his hometown of Los Angeles, California. Unfortunately, we do not have any further information on his location at this time. Pictures of Jez Dior’s house are unavailable.

What Kind of Car Does Jez Dior Drive?

Despite being a relative newcomer, Dior has gained himself a considerable following over the past few years. Some recent highlights from his discography include: the singles No More Tear, Sober, and the extended play, Youthanasia.

As of 2017, the 25-year-old currently has over 15.2K followers on Twitter, 18.8K likes on Facebook, and 11.8K fans on Instagram. As mentioned earlier, the rapper also has a subscriber count of 14K on Youtube, where he posts his official music videos.

How Much Did Jez Dior Make Last Year?

Unfortunately, we do not have any information on Jez Dior’s 2016 earnings at this time.

So far this year, Jez Dior has delivered two singles- Sober and No More Tears, both of which were generally well received upon its release. This April, he was also fetured in Samson’s track, On the Road alongside Packy.