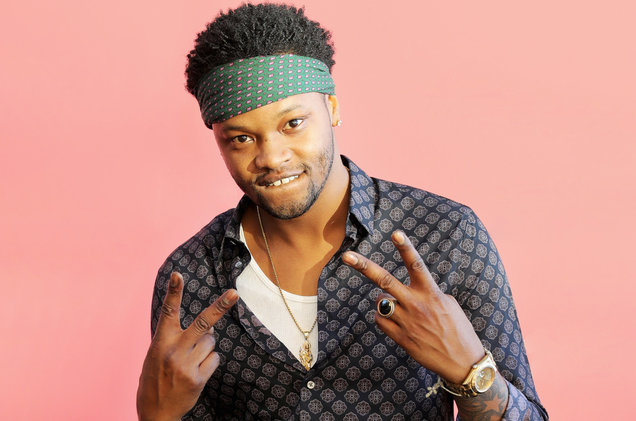 Some artists are attracted to the scene because they see the lifestyle and want that for themselves, want to live and experience the image being sold. Other artists are drawn because they know of no other way to be, because music has always been such a part of their lives that to remove it would be like trying to remove their soul. They could tell you the first time they heard the first song by their biggest influence and how exactly it made them feel, that spark of salience that started the fire of music in them. BJ the Chicago Kid is one of those artists, passionate about what he does and considering it no different from breathing or waking up every morning. A young life rooted the arts has translated into a storied career spanning almost two decades. Is the hype true? Let’s look a bit deeper.

How Did BJ Make His Money & Wealth? 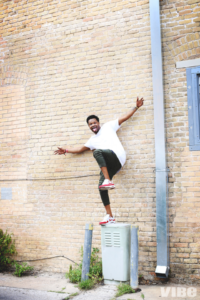 Born Bryan James Sledge on November 23, 1984, BJ was raised in the South Side of Chicago, Illinois in a block that he’s always described more as an extended family where people were always around for a meal, a drink, or a pick-up game of basketball and someone always had the radio on, usually soul music. It was a feeling of warmth, love, and cooperation that BJ would later incorporate into his own style. His mother and father (both choir directors) worked hard to instil proper values in him and his two brothers, but the biggest contribution they made to his life was a foundation for music. While his father played music constantly, the crucial moment that changed his son’s life was bringing young BJ to a Janet Jackson concert he was working as a bouncer (working for a Johnson & Johnson subsidiary by day and as a bouncer at night). As BJ told Complex Music, “The experience, it poured into [me] a huge quest what I could create and contribute to the game more than wanting to be a part of it.” He learned to sing through the church and fell in love with singing the day his mother asked him to sing with her and his brothers at the service.

At the tender age of 19, BJ left Chicago to seek music opportunities in Los Angeles, California and his background of church singing helped him score a job working as a backup singer for Mary Mary, a popular gospel duo (sisters Erika and Trecina Atkins-Campbell) and on Stevie Wonder’s album A Time to Love (2005). BJ showed promise as a songwriter as well, writing for R&B and gospel artists and even performing in the Kanye West single Impossible. In 2009, BJ decided to take his career further and released a mixtape, A Taste of Chicago under his new performance name, BJ the Chicago Kid, and an additional 3 mixtapes would follow (The New Beginning, 2009, The Life of Love’s Cupid, 2011, and The M.A.F.E Project, 2014). An overall positive response only stoked the fires of creativity within him, and in 2012, he released his first independent studio album, Pineapple Now-Laters as a digital download which brought him to the attention of none other than Motown Records. BJ signed with the legendary company in August 2012 and bolstered by the promotion that came with a record contract, he released a new single in early 2013 and collaborated on Smokin’ and Ridin’ with Freddie Gibbs and Problem, a song featured in Grand Theft Auto V.

BJ released a free down Christmas EP in 2013 (A Soulful Christmas) and in 2014 he was featured on a Schoolboy Q single, Studio, which which charted in the Top 40 of the Billboard Hot 100 (and was nominated for a Grammy). After a long 4 years of writing, recording a prep, he released his second studio album in 2016, In My Mind, both his first with Motown and his first physical release, which hit No. 7 on the US R&B charts and earned him another Grammy nomination. 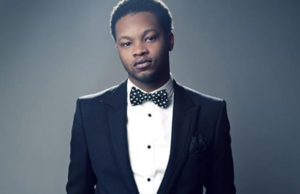 BJ is not married and appears to be currently single, though a lot of artists in the scene like to keep their relationships private and away from the media. BJ does like to give love advice, however, and In My Mind has several tracks that cover love, sex, relationships, and how they all play together. After all, he was a boy raised on soul music, often called the music of love, and told The Chicago Tribune that he believes there’s someone out there for everyone and the best advice he could give was to be yourself and be honest, that nothing beats conversations and small gestures of affection, and to never be afraid to keep things old school. Ever the romantic, however, BJ doesn’t use his own music to impress the ladies, and when he wants to set the mode it’s classic artists like Marvin Gaye or Al Green all the way.

Did BJ go to college?

BJ did not go to college, he wisely went right into the music business, working as a backup singer. This role, the singing equivalent to being a session musician, is invaluable in learning the music industry from the inside out, rather than trying to make a big break starting at the top without understanding every level. Artists who start as backup singers or session musicians might be a slow burn but when they catch fire they take the charts by storm!

Who has BJ collaborated with?

What are BJ’s musical influences? 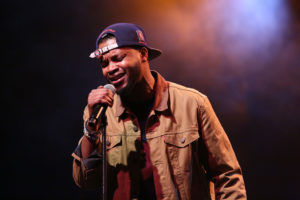 When it comes to his biggest influences, BJ harkens back to the classics, such as Babyface, The Clark Sisters, Marvin Gaye, The Chi-Lites, Luther Vandross, Bobby Brown, and D’Angelo. He’s a huge fan of anyone with a voice that can convey depth of emotion and the passion of the song, citing Uncle Sam, Boyz II Men, Usher, and Jagged Edge, but laments that newer R&B is harder to get into, though he does enjoy the work of Frank Ocean and Wolf James. As far as in his songwriting, BJ credits a lot of influence to the man himself, Stevie Wonder, but also credits Mary Mary and Harold Lilly for helping him to become the successful man he is, mentioning buzz for rising star Asaleana Elliot from Chicago. Amazingly, BJ’s hip-hop and R&B sides never end up clashing and cites his background both in Chicago’s South Side and in the church for this seamless appreciation of both genres. However, it’s jazz musician Kevin Randolph that BJ calls his biggest mentor and musical guiding force despite the age difference.

What does BJ do with his wealth? 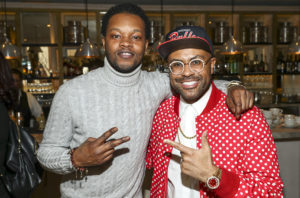 Nothing flashy, that’s for sure. BJ is a member of the new millennial generation of celebs looking to the future with their wealth instead of trying to live for the moment by dropping serious cash to impress. Having been raised in the inner city and seen firsthand some of the effects of poverty and having to make everything last and count as far as possible, that’s not surprising. For some artists, the thought of spending album royalties on better recording equipment and accessories for their home studio far outranks thoughts of pimped out luxury cars or jewellery. While BJ might not have a family to spend on currently, it never hurts to plan for the future, either a future with just him or a wife and children. Fortune is fantastic but fortune is also fickle and saving for a rainy day is sometimes the wisest course of action.

BJ the Chicago Kid – Beyond Fame

What’s next for BJ the Chicago Kid? There’s no doubt he’s working away on new projects, songs, and collaborations. Almost two years on from his last studio album, his fans are eagerly awaiting whatever he’s got in store for them next, and his fanbase is growing by the day! With over 72,000 followers on Twitter and 135,000 followers on Instagram, it’s safe to say now that success has hit, it’s here to stay for this kid from Chicago’s South Side who grew up with music in his soul.