Joseph Gordon-Levitt has been in the entertainment industry for a very long time. He began as a child actor, and since then he has been able to have a very successful career in film. I think it’s safe to say that, today, he is regarded as one of the more respectable actors in Hollywood. This is especially impressive when you consider that he isn’t even 40 yet. Gordon-Levitt is also a very charming guy, which has led to him acquiring quite a large following over time. His following is known to support him very passionately on social platforms like Facebook, Instagram, Twitter, and Snapchat. Joseph is known to regularly engage with his fans on these platforms, as well.

Joseph Gordon-Levitt was born in Los Angeles, California in February of 1981. He was attracted to entertainment at a remarkably young age, joining a musical theater group when he was just four years old. Although he was very young, he was almost immediately being approached by agents who wanted to have him appear in different commercials, which he did. By the time he was six, he was playing child roles in different made-for-television movies. None of these roles really allowed him to become a superstar, but this experience would serve as a solid foundation for his ensuing career. His first major role came in 1996, when he held a semi-prominent role in the NBC sitcom 3rd Rock from the Sun. The show ran for six seasons, and Joseph remained with the show the whole time. 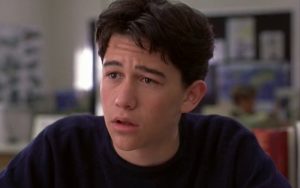 Gordon-Levitt would go onto bigger and better things in 1999 when he starred in 10 Things I Hate About You, a romantic comedy. Although the film releasing alongside The Matrix seriously hurt its box office performance, it still did well enough. 10 Things I Hate About You would serve as a springboard for its stars: Julia Stiles, Heath Ledger, and of course Joseph Gordon-Levitt. In 2000, Joseph went and attended Columbia University’s School of General Studies, but he ended up dropping out in 2004 so that he could return to film. When he returned, he was determined to continue acting, but also to stick with roles in movies that he thought were actually good. Gordon-Levitt would play in less “big name” movies in the years following his return, and although none of them made headlines, they allowed him to hone his skills.

In 2009, he broke into the mainstream again by having a leading role in the critically acclaimed romantic comedy 500 Days of Summer. This essentially rekindled his career in blockbuster Hollywood, and in the years to come he would have roles in major movies like G.I. Joe: The Rise of Cobra, The Dark Knight Rises, Inception, Looper, and Lincoln. More recently, he has appeared in movies like The Walk and Snowden. He has definitely built up a very impressive and very expansive portfolio over the years, and I think that he’s definitely living proof that not all child stars go on to fizzle out. In fact, I would argue that the last decade of Joseph Gordon-Levitt’s career did more to further his fame than his earliest work did. Here’s to hoping that the next stage of his work is just as prolific as this most recent one was! 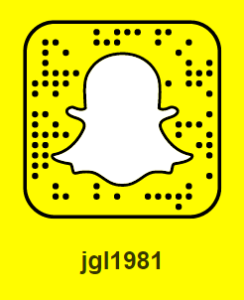 Joseph Gordon-Levitt is a relatively hip guy, so I don’t think it’s really all that surprising that he would have an account with Snapchat. You can find him on Snapchat as JGL1981, and you’re free to add him if you would like. I have included an image of Joseph Gordon-Levitt’s Snapcode above, which you can scan using the Snapchat app to add him more quickly. Another thing that you can do is just click the link here, which will do basically the same thing as scanning his Snapcode.

Facebook is probably the largest social network in the entire world, and it would frankly be kind of shocking if Joseph Gordon-Levitt didn’t have a presence on the website. As of this writing, Joseph Gordon-Levitt has over 6 million likes on Facebook. You can find his official, verified Facebook page by searching for him under his username, which is simply @JoeGordonLevitt. Another thing that you can do is just click the link here, which will take you right to his page.

Joseph Gordon-Levitt has been on Twitter since March of 2009, and he has primarily used it to promote HITRECORD, his production company. Joseph uses Twitter on a regular basis, and he has accumulated over 4 million followers over time. Joseph Gordon-Levitt’s official Twitter handle is @hitRECordJoe, and I encourage you to take a look at what kind of stuff he shares with his followers by clicking the link here.

Instagram is another one of those social networks that is primarily used by trendier celebrities, and you may be happy to hear that Joseph Gordon-Levitt happens to be one of those trendier celebrities! He only has around 180,000 followers on Instagram, but you’re free to join those ranks if you’re an Instagram user. His username is @hitrecordjoe, and you’re free to check his account out in more detail by clicking the link here.

Although millions of people use Kik, only some of those people are celebrities. Kik, as a messaging app, is very personal, and it only makes sense that a celebrity would be hesitant to use it on a public basis. You may think that Joseph Gordon-Levitt, as someone who is a very avid user of social media, is an open Kik user. That isn’t the case, however.