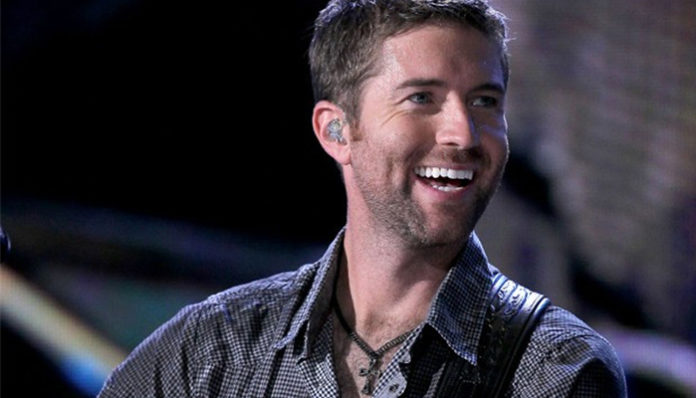 A well respected country singer, Josh Turner broke into the scene with his breakthrough single, Long Black Train in 2003. From South Carolina, he grew up singing for the local church- he later formed a gospel quartet called Thankful Hearts in his late teens. After graduating from high school, he went to college briefly before pursuing a music career in Nashville, Tennessee.

Eventually signing with MCA Nashville, he made his professional debut in 2003 with the previously mentioned single, Long Black Train. His first studio album of the same name soon followed later that fall; a commercial success, it has since sold over one million copies in the United States. Since then, Turner has released five additional albums, as well as fifteen singles, a handful of which have topped the charts.

How much has the country singer banked over the years? According to sources, Josh Turner currently has an estimated net worth of $17 million. Where did he earn most of this fortune from? How many projects and or endeavours does he have going for him? Let’s find out.

How did Josh Turner Make His Money & Wealth?

Born on November 20, 1977 in South Carolina, Josh Turner grew up in a small community in Florence County. Raised in a religious household, he sang for the local church choir, both the lead and bass parts, for many years. Later on, he established a gospel quartet called Thankful Hearts with a few friends; the group eventually toured throughout South Carolina in the 90s’.

After graduating from high school, he studied briefly at Francis Marion University in Florence. Prior to obtaining his degree however, he decided to relocate to Nashville, Tennessee, to pursue a music career. Following the move, he enrolled himself in Belmont University. At the age of twenty four, he received a big break after landing a spot on the Grand Ole Oprty, during which he performed, Long Black Train, a song that he’d written himself.

Met with a standing ovation, his performance soon earned him a record deal with MCA Records. Long Black Train was then officially released as a single on May 19, 2003, through the label. A mid-tempo track with elements of guitar and fiddle, it debuted at number 60 on the US Hot Country Singles & Tracks chart a couple of weeks after its release. Later on, the single also charted at number 72 on the Billboard Hot 100.

A successful debut, the country song garnered him much attention at the time as a newcomer. Three years after its original release, it received gold accreditation from the RIAA in June 2006.

Shortly afterwards, Turner released his debut album, Long Black Train on October 14, 2003. Produced by Frank Rogers and Mark Wright, it contained a mixture of gospel, bluegrass and country. Among its 11-song trackless were the titles What it Ain’t, In My Dreams, You Don’t Mess Around with Jim, Unburn All Our Bridges, The Difference Between a Woman and a Man, and She’ll Go on You.

Upon its release, the album peaked at number 29 on the Billboard Top 200 and number 4 on the US Top Country Albums chart. Given mostly positive reviews from critics, it eventually spawned two additional singles by the spring of 2004. A year after being made available, it received platinum status from the RIAA in the United States.

On January 24, 2006, he dropped his second studio album, Your Man. Consisting entirely of country tunes, it gave rise to several popular tracks including Would You Go with Me, Me and God, and Your Man, all of which were later released as singles. Another collaboration with music producer Frank Rogers, it featured several artists including John Anderson, Gene Johnson, Ralph Stanley, and Dana Williams.

Turner’s most successful album to date, it entered the Billboard 200 at number four and the US Top Country Albums at number one. As if that wasn’t impressive enough already, Your Man eventually received two Grammy Award nominations for Best Male Country Vocal Performance and Best Country Album in 2007. As of March 2007, the album has gone twice platinum.

Following his breakout release, the singer delivered his third album, Everything is Fine on October 30, 2007. Preceded by the single, Firecracker, the project boasted twelve new songs including So Not My Baby, The Longer the Waiting (The Sweeter the Kiss), South Carolina Low Country, Soulmate, and The Way He Was Raised; among its track-list were also two duets, one with Trisha Yearwood, and mother with Anthony Hamilton.

While not as successful as Your Man, the album still reached as high as number five on the Billboard Top 200 and number three on the Top Country Albums chart. Met with positive reviews, it eventually became Turner’s first gold-certified album.

Continuing with his career behind the mic, Turner dropped his first album of the 2010’s, Haywire on February 9, 2010. Supported by three singles, the CD showcased eleven new songs including Lovin’ You on My Mind, I’ll Be There, Friday Paycheck, The Answer, Your Smile, and As Fast as I Could. Praised by most music critics, it peaked at number five on the Billboard 200 with approximately 85,000 first week sales;  eventually, it also reached number two on the Top Country Albums chart.

On June 12, 2012, his fifth studio album, Punching Bag came to light. Featuring eleven tracks, many of which were co-written by Turner,  it included the titles Depper Than My Love, For the Love of God (Feat. Ricky Skaggs, Left Hand Man, I Was There, and Deeper Than My Love. While ratings were largely mixed, the album performed well on the charts, having reached number one on the Billboard Top Country Albums chart and number four on the Billboard 200.

Most recently, Turner released the album, Deep South on March 10, 2017. A chart topper on the Billboard 200, it sold roughly 21,000 units during its debut week. His first release in five years, it went on to spawn three singles, Law Low, Hometown Girl, and All About You.

Considering the success of his above albums, it’s obvious that a portion of his wealth stemmed directly from its sales. Still, that can’t be the only source of income that the star has. Where else does his money come from?

An answer to that- tours. Since his debut in the early 2010’s, the 39-year-old star has embarked on numerous tours all around the globe. As it is with musicians, performances such as these are another huge source of revenue. In 2016 alone, Turner had performed over 80 dates across the United States! Speaking of which, he is currently on tour as we speak! For more information on his 2017 concert tour, please visit his official website.

Speaking of site, he even has his own merchandise store online! For those who’d like to support his work (or collect some memorabilia), an array of products is available for purchase from t-shirts to autographed posters.

Back in 2008, he also played a small role in the biographical drama film, Billy: The Early Years of Billy Graham.

Currently it is estimated that Josh Turner has a net worth of $17 million. Let’s revisit our original question- where did this fortune come from? Now that we’ve gone through his career achievements a little more, we can easily answer that. From everything that we’ve discussed, it seems clear that most of this amount came from a mix of albums/singles sales and concert tours.

Yes, the country singer has been married to his wife Jennifer Ford since 2003. Reportedly, the pair had met while they were both students at Belmont University. Incredible close, Jennifer often travels with him while he’s on tour- at times, she even performs the background vocals and plays the keyboard!

Does Josh Turner Have Any Children?

Yes, Turner has four sons with his wife, Samuel, Marion, Colby, and Hampton.

Did Josh Turner Go to College?

Yes he did. Upon completing high school, he studied briefly at Francis Marion University before transferring to Belmont University. As mentioned above, that was where he met his wife, Jennifer.

Josh Turner currently resides in Nashville, Tennessee with his family. Although we don’t have any details on his house per se, satellite images of his alleged home have been posted online.

What Kind of Car Does Josh Turner Drive?

We do not have any information on Josh Turner’s vehicle at this time.

One of the most talented country singers in America, Josh Turner has released several records throughout his career, many of which have attained RIAA certification. Some highlights that come to mind include his albums, Long Black Train, Your Man and his hit singles, Your Man, Would You Go with Me, and Why Don’t We Just Dance.

In 2009, he was also inducted into the Music City Hall of Fame.

How Much Did Josh Turner Make Last Year?

Information on Josh Turner’s 2016 salary is unavailable at this time.

Not only is he talented in what he does, but he’s also extremely giving. In 2011, Turner held a charity show called After The Storm: Coming Together Benefit Concert with Josh Turner, which helped to raise a whopping $150,000 for the victims of a nasty tornado that tore through Ringgold, Georgia. 100% of the proceeds ultimately went towards keeping the local schools intact and alive.

As mentioned earlier, Josh Turner released his latest studio album, Deep South on March 10, 2017. His first full length project five years, it featured the tracks Never Had a Reason, One Like Mine, Beach Bums, Southern Drawl, and Hometown Girl, among others.

Aside from that, he’s also released the single, All About You (from said album).

If you’d like to see him perform, you’re in luck- the country singer is currently on his 2017 tour. For more information regarding the dates, please visit his official website.