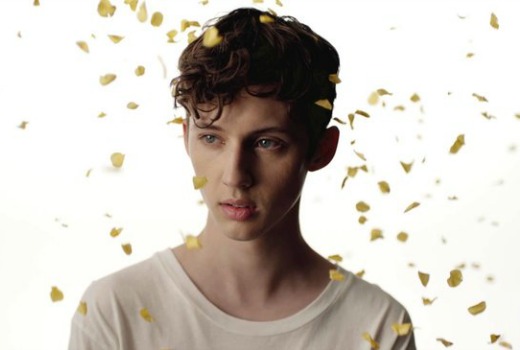 A lot of children want to grow up to be a singer, actor, (or, these days) a famous YouTube star but seldom do they dream of doing all three. Troye Sivan, on the other hand, is only 22 and has already written those accomplishments off his bucket-list. Burning up the charts and the silver screen, he’s the cool guy that ELLE magazine has called ‘the next king of pop’ but who is this kid and does he have what it takes to claim such a weighty and prestigious title? Let’s take a look at the real Troye Sivan.

How Did Troye Sivan Make His Money & Wealth? 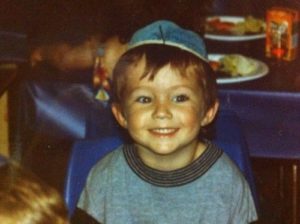 Born Troye Sivan Mellet on June 5, 1995 in Johannesburg, South Africa, he and his family relocated to Australia when Troye was only 2 due to rising crime in the small African country. Living with his parents (father Shaun is a real estate agent and mother Laurelle is a homemaker), siblings Steele, Tyde, and Sage in Perth, he got a young jump-start into the spotlight when he was only 11. Already a gifted singer, Troye sang as part of the Channel Sevel Perth Telethon for several years (2006-2008), including a duet with Australian Idol winner Guy Sebastian, and made it all the way to the grand finals of StarSearch in 2007, the year he released his first EP, Dare to Dream. For the very gifted, singing and acting go hand in hand and this was certainly the case for Troye, who had local stage and screen experience before being cast in 2008 to play young James Howlett in X-Men Origins: Wolverine. This unstoppable kid was just getting started, though, and would go on to star in all 3 films of the Spud trilogy (2010-2014).

Continuing with his music career, Troye released another EP in 2012, June Haverly, and also turned his attention to YouTube as the platform had gained serious clout in both social media and pop culture. Having been an early adopter, he now posted vlogs and the subscriber count just kept climbing into the millions, bringing him fame outside Australia and even a collaboration with fellow YouTube sensation Tyler Oakley. Troye’s big musical break came in 2013 when he signed with EMI Australia and his next EP, TRXYE, hit big, charting No. 2 in Canada and New Zealand and No. 1 on iTunes in over 55 countries, ultimately hitting No. 5 on the Billboard 200 and certified gold in Australia. He would drop his next EP, Wild, in 2015 to see it hit No. 1 in Australia and No. 5 in the US, and served as an intro to his first big tour and his first studio album, Blue Neighborhood, which released in December and was certified gold. 2016 was also a banner year that Troye spent touring, supporting Blue Neighborhood and doing the rounds of concerts and TV talk shows such as The Tonight Show with Jimmy Fallon, and The Ellen Degeneres Show.

A successful childhood and charmed teen years aren’t always the rosy times they seem, however. Troye suffers from a mild form of Marfan Syndrome though is presently in very good health. He also came out as gay to his YouTube audience in 2013, having come out to his family 3 years earlier after a great deal of soul-searching. As a result, Troye cares deeply about LGBT+ issues and has featured those issues in his music videos in a bid to share the representation his always craved when he was young. 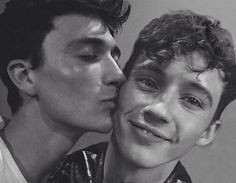 Troye is not married (he’s only 22, he’s got time!) but hold your horses, gentlemen, because he’s been dating model Jacob Bixenman since 2016. This California native and Australian sweet boy say it was love at first Instagram, at first being cagey with their fans before the big reveal in 2017. Getting steamy with each other in Troye’s music video for Heaven, Jacob’s identity is hidden but a few super-sleuths matched up his birthmarks from Instagram posts and the cat was out of the bag. Only together a short time, there’s been absolutely zero talk of his/his matching rings but these boys are young yet and there’s tons of time to take their relationship to whatever level it’s destined to hit.

Did Troye go to college?

Troye did not go to college. While growing up in Perth, Australia, he attended the Carmel School until 2009 when his acting/singing/touring schedule forced him to take up distance learning. While this might sound like every kid’s dream, virtual classrooms are serious business, including online-tutors and full exams. Though he’s never brought up attending college, it’s always an option for this rising star and let’s be honest, what visual/media arts university would say no to someone as talented as Troye Sivan?

Has Troye won any awards? 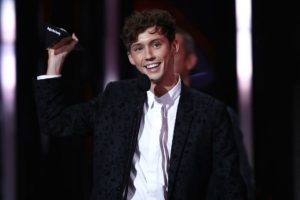 Troye has won several awards in various media. In 2014 he won a Teen Choice Award (Web Collaboration with Tyler Oakley for ‘The Boyfriend Tag’) and Best New Social Media Influencer (Male) at the NewNowNext Awards. In 2015, Troye won a YouTube Music Award, among many other awards. 2016 was also a good year as he won Song of the Year (‘Youth’) and Best Video at the ARIA Music Awards, as well as 2 MTV Europe Music Awards, Best Australian Act and Best Worldwide Act. Thus far in 2017, Troye has won Breakthrough Songwriter of the Year at the ARIA Music Awards and has been awarded the Stephen F. Kolzak Award at the 28th GLAAD Media Awards.

What are Troye’s musical influences?

Troye credits Taylor Swift, Lorde, and the late Amy Winehouse as significantly influencing his style and the way he thinks about music. He’s also said that out artist Frank Ocean and the late Michael Jackson have also inspired him. The young star has been vocally compared to both Taylor Swift and Lorde, and you know you’ve done it right when critics are comparing you to your musical heroes.

What does Troye do with his wealth? 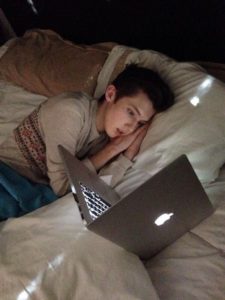 Surprising little, right now! Living with his family in Perth, Australia, there are no outrageous parties or bank-busting shopping sprees in Troye’s life and living in a place as breathtaking as Australia, no exotic vacations either. Troye spends his time touring, writing and recording, and posting to YouTube so there’s very little time to waste and no need to waste money. He always looks good, whether in a vlog, selfie, in concert or on the red carpet so we know there’s a bit of fashion-conscious shopping going on but Troye is the kind of kid with his head on straight about money and fame. In the age of ‘rich kids of Instagram’ and the sometimes ridiculous excesses of celebs, Troye Sivan is a breath of honest, fresh air.

So what’s next for Troye Sivan? Rumours swirl that he’s working on another album and may decide to tour again but some fans insist that he’s lining up auditions in Hollywood to return to the big screen. It’s anyone’s guess until he posts a vlog about his plans but suffice it to say, whatever this boy touches turns to gold and going strong for over 10 years in the entertainment industry, he’s showing no signs of slowing down now. Troye is someone with a myriad of talents and the savvy to take full advantage of them, so he’s definitely a rising star that we’re looking forward to hearing a lot more about as the years pass.