Lisa Mantler Net Worth in 2018 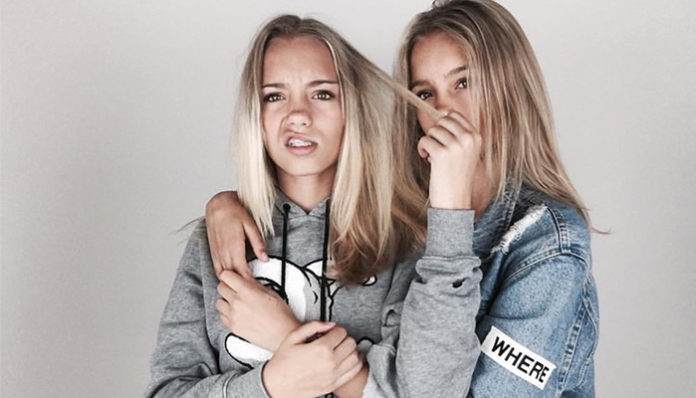 Alongside her twin sister, Lisa Mantler first rose to fame on social media in the mid 2010’s. Of German descent, their popularity has been on the rise ever since- as of 2017, they have well over 19 million fans on Musical.ly, the popular lip-syncing app.

A rising teen idol, the blonde (and her sister) has since branched out to other popular platforms including Instagram, Twitter, and Facebook. Across the different sites, the pair have almost 20 million followers worldwide. Recently, they’ve also launched their own clothing line called, Compose, in partnership with OCFM GmbH. Exclusively available online, a range of products are available from simple t-shirts to back-to-school bags.

Over the past two years, her popularity has only continued to climb up- needless to say, her future is looking fairly bright. As stars on social media, how much have the twins earned from their various endeavours? How wealthy are they?

According to sources, the teens currently have an estimated net worth of $150,000. What are some of their greatest money-makers? Let’s find out.

How did Lisa Mantler Make Her Money & Wealth? 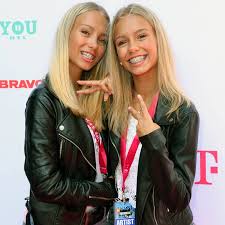 Born on June 17, 2002 in Germany, Lisa Mantler was raised in the city of Stuttgart with her identical twin Lena, and two older siblings. Unfortunately, not much is known about their early childhood. Alongside Lena, the two got involved with social media in their early teens. In 2015, the then thirteen year olds created an account on the popular lip syncing app, Musical.ly on which they eventually began to create their own music videos.

To their surprise, their first upload, a lip sync video to Anna Graceman’s Treble Heart quickly went viral upon hitting the web. Natural performers, it didn’t take long for their follower count to go up. Motivated by their initial success, Lisa and Lena eventually uploaded more content to their page. Despite having joined the app just for fun, they soon found themselves going into celebrity status after reaching the one million follower mark.

As they did, “the whole world started to connect with [them].” Before long, they were being contacted by famous companies and brands for endorsements and sponsorships. Although their earnings from said offers have never been revealed, it’s likely to have been in the thousands considering how fast their popularity was surging.

Aside from the lip syncing app, Lisa and Lena have also made a name for themselves on Instagram, where they currently have over 11.5 million followers. Extremely popular, their pictures easily receive upwards of one million each. As your probably already know, the photo/video sharing app has become a huge platform for marketing in the recent years. With the audience that they have, it wouldn’t be surprising if they were pulling in a decent amount from sponsorships and the like on Instagram.

In addition to being stars on social media, the twins have since also launched their own clothing line in partnership with OCFM GmbH, a German brand owned by Oliver Stefanovic. Called Compose, the collection consists of jackets, t-shirts, hats, and more, all of which were designed by the teens themselves. Regarding the venture, they’ve stated that “[they] want to make nice designs to make other people happy.”

As far as other endeavours go, it was recently announced this summer that they’d be taking their popularity to a whole new level with an European tour. Jointly produced by WME and Global, Lisa and Lena will be kicking off with three shows in the UK this August. Some of the venues that they’ll be hitting include London The Garage, Marcela Bikini, Madrid Icone Stage, Birmingham 02 Institute 2, and the Warsaw Club Kybrydy. For more information on the event, please visit their official website.

Currently it is estimated that the twins have a net worth of $200,000. Considering everything that’s been said above, it seems clear that most of their fortune came from various endorsement and sponsorship deals on social media. Having said that, they most likely pull in a decent amount from their clothing collection as well.

Seeing as how they’ll be going on tour later this year, it’s almost guaranteed that their earnings will continue to go up. If anything, the event will only bring them more exposure and attention. Will we be seeing the twins on television or film anytime soon? At this point in time, anything seems possible!

Does Lisa Mantler Have a Boyfriend?

No, the 15-year-old is not married. In case you’re wondering, neither is her twin, Lena. In fact, from what we can tell, the teens are both currently single (which isn’t too surprising considering their young age).

Where Does Lisa Mantler Go to School?

Lisa and her sister are currently high school students- though details about their school have not been revealed.

Despite their success as social media superstars, they’ve stated that their parents have always put a big emphasis on education. Taking that into consideration, it’s highly likely that they’ll be continuing with college after graduation.

Does Lisa Mantler (and her sister Lena) Speak any English?

Despite the fact that they have millions of fans in the United States, the twins are actually not too comfortable with English- which isn’t all that surprising considering the fact that they’re born and raised in Germany.

In order to interact with their fans however, they’ve been diligently learning English as a second language.

How Do you Tell Lisa Apart From Lena?

Compared to Lena, Lisa is a little bit shorter- she also has a distinctive birthmark on her nose.

Lisa and Lena currently live with their parents and siblings in Stuttgart, Germany. We do not have any further information nor pictures of their home at this time.

What Kind of Vehicle does Lisa Mantler Drive?

At fifteen years old, the teen is still too young to be behind the steering wheel.

Known for their content on Musical.ly and Instagram, Lisa and her twin sister Lena currently have over 30 million fans across the two platforms. On top of being internet celebrities, the pair have also launched their own clothing line, Compose as mentioned earlier.

Recently this year, they won a Shorty Award for Muser of the Year at the 9th annual ceremony. As well, they’ve also been nominated for a Teen Choice Award- although results are still pending.

How Much Did Lisa Mantler Make Last Year?

Unfortunately, we do not have any details on her 2016 income at this time.

Last month, the musical.ly duo signed with WMA, a Hollywood-based talent agency. Shortly afterwards, it was announced that they’ll be embarking on their first tour later this year.