Brett Young Net Worth 2018 – How Much Country Music Pays 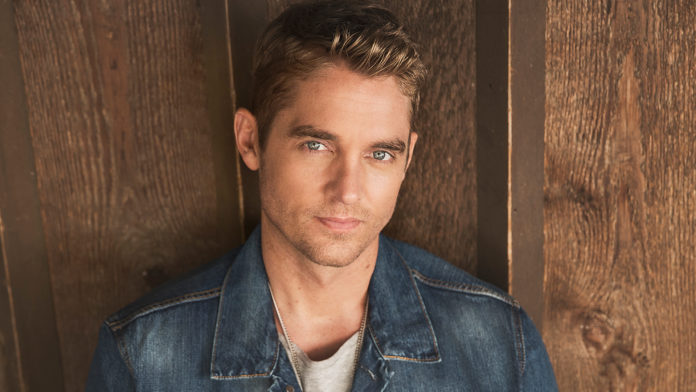 This week I have been listening to nothing but Country, and the many sub genres thereof. I’ve been a fan for a few years now, much I am sure to the chagrin of my teenage self. There is something about that guitar style that I just adore, harder to play than I thought too. Today I will be taking a look at a rising pop country artist, Brett Young. He has been making waves for a number of years now, with a sound that is in the country wheelhouse, even if it veers to the pop side more often than not.He’s only been in the spotlight for two years or so, but he has developed a decent fan base.

So let’s take a look through his life, see how he got to where he is today, and where his money comes from.

How Did Brett Young Make His Money & Wealth?

Brett young was born on March 23rd 1981 in Orange County California. He got his first taste of musical performance as a teenager, replacing a local choir lead for a church performance. Music was an important part of his life growing up, but for much of this period it was overshadowed by his love of baseball. He played pitcher i his High School team and went to University on a Baseball scholarship, after turning down draft offers from a number of teams. He played well during this time but soon received a career ending injury. It was this injury that spurred him on to make music with earnest.

Inspired by musicians like Gavin McGraw, more specifically his 2003 release Chariot, Young began putting together EPs and records from 2007 onward. He remained in LA during this time. His career never really took off, I went and listened to some of this early stuff, and for the most part it is well put together. You can hear hims mature as you move through his efforts. He moved to Nashville, like most country starts do, in early 2015 and was signed in August of that year to Big Machine Label Group.

Early in February 2016 he released a self titled EP comprised of six songs. It was well received, and the singles that were released over the last year have made an impact on the country charts. In February of 2017 he released his full LP, again self Titled, which included many of the songs from the EP, as well as every single released to date. The first two singles sold exceptionally well, peaking a numbers 2 and 3 on the Billboard Hot Country Charts. For some reason his most recent single, released this past June, Like I loved You, has not been faring quite so well.

In addition to record and single sales, Brett Young has a sizable online following. His Instagram page has 215k followers, and that is a leveragable audience. It is likely that part of Brett’s income comes from social media based advertising. The guts of his net worth comes from his touring. Seen as his career is still in its early stages he has yet to headline a tour, but he has supported a couple of high profile acts, namely Thomas Rhett and Lady Antebellum. A useful gauge regarding his future in the business. His music videos may not have garnered critical acclaim, but they have at least received well over 100,000 views each, with a fair few hitting the many hundreds of million views. With a quarter of a million followers it is unlikely that all of the videos are pulling in the upper band of adverting revenue, but with those figures they don’t have to.

The main reason that his net worth figure is so low is due to his relatively recent rise to fame. Considering his current popularity, not to mention the many avenues he has for earning money, I fully expect that figure to be grossly out of date before the end of the year. From my perspective it should not be too hard to leverage his recent successes into something far grander. Time will tell if he has the staying power needed. Brett is playing a number of venues in the coming months, and is likely penning new music as we speak. Should be interesting to follow this guys career.

Brett Young is not married. I have looked into this and it seems he also does not have a girlfriend. He states that he finds dating complicated, made worse now I assume due to his rising fame. In his love songs he says he draws from his parents relationship more than his own, as he feels theirs is one that people can relate to.

Does Brett Young have any children?

No, Brett Young does not have any children.

Where is Brett Young from?

Brett young was born and raised in Anaheim, Orange County California.He started his career in the area as well. Before hitting big in Nashville he played numerous venues around LA, even performing with the likes of Katy Perry and Mandy Moore.

Where can I see Brett Young this year?

Brett is playing at a variety of locations this year, his next gig is at the Darien Center in New York on August 10th. He has dates extending from now until the end of September listed on his site taking him to pretty much every state. So if you want to go see him live you will have the chance over the next few weeks.

No, they are not related. They are both country singers though.

Did Brett Young try to be a Baseball player?

Baseball was Brett’s first and most important passion growing up. He always played music, but it was the sport where he focused. He played in High School and was good enough to be offered pre draft selection by both Tampa Bay Devil Rays and Minnesota Twins. He turned them down, instead taking a Baseball scholarship at The University of Mississippi. He played there for a while before transferring to first Irvine Valley then Fresno. At Fresno he was hit with an elbow injury, ending his dream of professional baseball.