Lukas Rieger Net Worth 2018 – How Wealthy is the Pop Singer Now? 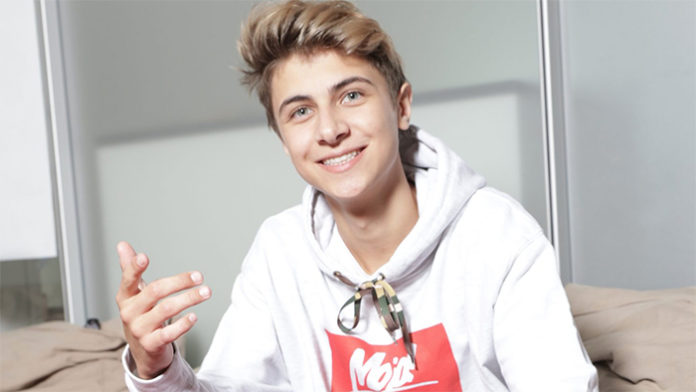 A well known pop singer, Lukas Rieger first made himself known on The Voice Kids Germany in 2014. Ever since he was a child, he’d expressed an interest in music. By the time he was in sixth grade, he was writing his own songs with his guitar. Despite being born and raised in Germany, he is known for singing exclusively in English.

Although he didn’t make it to the finals, his involvement in The Voice Kids ultimately kick started his career. Continuing to pursue his dreams of becoming a singer, Lukas went on to record more songs, which he eventually started to upload on to Youtube. Since then, his channel has received over 25 million views- not too shabby for a teen.

Referred to some as “The German Justin Bieber”, Lukas recently released his debut album titled, Compass in 2016. Over the past few years, he’s also come out with a few singles including Lightspeed Lovers, Let Me Know, and Elevate. According to sources, the 18-year-old currently has an estimated net worth of $200,000.

Where did he earn most of this money from? How many streams of revenue does the singer have? We’ll be trying to answer these questions below.

How did Lukas Rieger Make His Money & Wealth? 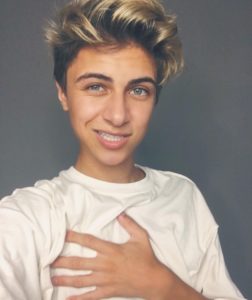 Born on June 3, 1999, in Lehrte, Germany, Lukas Rieger grew up in the city of Hannover with his younger sister, Marie. Ever since he was young, he had gravitated towards music. Realizing his interests, his parents eventually enrolled him in music classes. As a student, he went to Burgdorg Gymnasium where he excelled in the school’s music program. By the time he was in sixth grade, he was writing his own songs.

In 2014, the teen received a small break after landing a part on   the second season of Voice Kids, a popular music competition series. For his blind auditions, Lukas performed a rendition of Can’t Hold U by Macklemore; shortly afterwards, he joined Lena Meyer Landrut’s team. Though he put on a good performance, he was ultimately eliminated prior to the finals. Still, it proved to be a valuable experience for the aspiring singer.

That year, Lukas started to upload his work onto Youtube, after creating his own channel under the name, LukasRiegerTV. On August 28, 2014, the teen posted his first video- a song titled, Diamonds & Pearls. A collaboration with Mike Singer, a fellow competitor whom he had befriended during his time on Voice Kids, the track quickly racked up the views on the web- before long, it had over a million hits.

The following year, the two released their second collab, the song, Ready 4 this Shit on January 22, 2015. Produced by Vichy Ratey, the video has garnered over 1.4 million views as of August 2017. That same month, the duo teamed up with Keanrah and Abhinav Singh for a cover of Lips are Movin by Meghan Trainor.

Seeing as how Youtube is his major outlet, there’s no doubt that he’s been monetizing his content on the site. So far, Lukas has amassed over 455K subscribers (and counting) on the platform. Given that he’s a Google partner, he’d be able to earn upwards of $5 per 1,000 monetized views (exact amount depends on factors such as location, audience, content) simply by displaying ads on his videos. How much has he earned from his account so far? Let’s do a little bit of math.

Assuming that he makes at least $2 per 1,000 monetized views and that 40% of his total views have been monetized, then his earnings would be around $20,000 so far. As of August 2017, his top upload- the official MV for Elevate has been viewed over 4.9 million times. Some of his other popular videos include Stitches (Shawn Mendes Cover), Faded (Alan Walker Cover), and Side by Side.

Naturally, his earnings will grow as his subscriber count goes up and he receives more views on his videos. According to statistics provided by Socialblade, Lukas’ Youtube channel has been growing at a steady rate over the past two years; from January 2016 to 2017, his following has jumped up from 145K to 378K. As far daily subs go, he’s currently gaining upwards of 500 (plus or minus some) new subscribers a day.

Aside from his online endeavours, Lukas has also released a few records over the last little while. On November 15, 2014, the singer came out with his debut single titled, Be My Baby via Miami Blue Records. Some of the other songs that he’s recorded include, Lightspeed Lovers, Elevate, and Let Me Know, all of which received positive reviews from fans.

Most recently on September 30, 2016, the 18-year-old vocalist delivered his debut album titled, Compass. His first full length project, it contained eighteen tracks including Show Me, Find Me, Let Me Know, Bring Me to Life, Number One, Finally Made It, and Let it Be, among others. A considerable success, it ultimately peaked at number four in his native Germany, where it stayed for two weeks.

As far as public performances go, it would seem that he has an upcoming show scheduled at the Dynamo on March 15, 2018 in Zurich, Switzerland.

Currently it is estimated that Lukas Rieger has a net worth of $200,000. Let’s go back to our original question now that we’ve know a little bit more about his career- where does most of his money come from? The answer to that- his Youtube channel and record sales.

No, the German singer is not married. In fact, the last that we checked, the 18-year-old star was still single. It’s unknown whether or not Lukas has dated anyone in the past.

Does Lukas Rieger Have Any Children?

No, Lukas Rieger does not have any children that we know of.

Did Lukas Rieger Go to College?

From what we can tell, Lukas Rieger has not gone to college- he has presumably been focusing his efforts on his burgeoning music career.

Unfortunately, we do not have any information on nor photos of Lukas Rieger’s house at this time.

What Kind of Car Does Lukas Rieger Drive?

Since he first appeared on The Voice Kids in 2014, Lukas Rieger has made a name for himself as a singer with over 25 million views on his Youtube channel. Perhaps even more impressive is the fact that he’s since released a full length album, as well as five hit singles.

How Much Did Lukas Rieger Make Last Year?

Regrettably, information on Lukas Rieger’s 2016 income is unavailable at this time.

To stay on top of what’s going on in the singer’s life, be sure to check out his social media accounts.