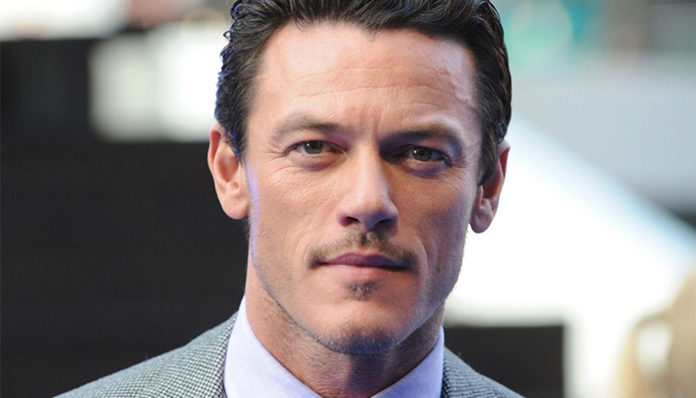 An alumni of the London Drama Centre, Luke Evans is probably best known for playing Owen Shaw in the action film, Fast & Furious (2013). Hailing from Wales, he kicked off his acting career in his early twenties as a member of London’s West End Theatre. Some of his early productions include Avenue X, Miss Saigon, Taboo, La Cava, and Rent.

It wasn’t until he was in his thirties that Evans first got involved with film. In 2009, he attended his first audition which eventually ended with him being cast as Apollo in Clash of the Titans (2010). Following his movie debut, he appeared in several other titles including Tamara Drewe (2010), Robin Hood (2010), and Blitz (2011).

Then in 2013, the actor came into the limelight after starring as the main antagonist in the blockbuster, Fast & Furious 6. One of his best remembered roles to date, it effectively boosted both his fame and notoriety. As of 2017, Luke Evans has an estimated net worth of $6 million. From what did he earn this money from? Let’s take a closer look at what he’s achieved over the years.

How did Luke Evans Make His Money & Wealth? 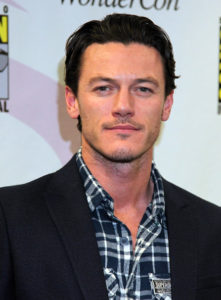 Born on April 15, 1979 in Wales, UK, Luke Evans was raised in the small town of Aberbargoed in the South Wales Valleys. The only child in the family, he was raised as a Jehovah’s Witness, although he eventually left the faith at the age of sixteen. Dropping out of school around the same time, he then moved to Cardiff where he subsequently began to study under the wing of voice coach, Louise Ryan. Later at the age of eighteen, the teen started to attend The London Studio Centre after receiving a scholarship; he later graduated in 2000.

From there, he involved himself in theatre, appearing in several productions such as Avenue Q, Taboo, Miss Saigon, Rent, and La Cava. Then in 2008, Evans landed a huge role on-stage in an adaption of Small Change with Donmar Warehouse. Applauded for his stellar performance, he not only gained recognition from several casting directors and agencies but he also received an Evening Standard Award nomination for Best Newcomer.

In 2011, the actor received his first major role in the romantic action film, The Three Musketeers. Based on a book of the same title by Alexandre Dumas pere, it starred Evans as Aramis, one of the main protagonist’s friends. Released in theatres on October 21, 2011, it took in $8.6 million during its opening weekend in North America. Despite some mixed reviews, the movie ended up being a commercial success, with a total worldwide gross of $132.2 million.

Around the same time, Evans also co-starred in Tarsem Singh’s epic fantasy title, Immortals (2011). Based loosely on the Greek myths of the Titanomachy, Minotaur and Theseus, its cast also included Henry Cavill, Isabel Lucas, Stephen Dorff, and Kellan Lutz. Screened on November 11, 2011, it took in $14.8 million on its opening day alone after making $1.4 million during the midnight showings. By the end of its box office run, it had earned $226 million worldwide.

His next major role came in 2013 when he was cast as the primary antagonist in the action film, Fast & Furious 6. The sixth instalment of the franchise, it was released nationwide on May 24, 2013. Like its predecessors, it ended up being a massive blockbuster, with an opening weekend gross of $23.6 million. For his portrayal of Owen Shaw, he received an award at the Acapulco Black Film Festival, which he shared with his cast mates. In 2015, he made a brief cameo as Owen in the next instalment, Furious 7.

A busybody, he was also among the cast of the award-winning film,The Hobbit: The Desolation of Smaug in 2013. In the movie, he played as Bard the Bowman, a skilled archer who also happens to be the heir of Girion. A major box office it, the movie ended up taking in $958.4 million across the globe. More work on the big screen soon followed in High-Rise (2015), Message from the King (2016), and The Girl on the Train (2016).

Most recently this March, Evans starred as Gaston in the modern adaptation of Disney’s, Beauty and the Beast (2017). While the actor played as an arrogant ex-soldier, Emma Watson and Dan Stevens portrayed the titular characters, Belle and the Beast respectively. The second-most expensive musical film ever made with a budget of $160 million, it ended up grossing over $1.26 billion at the box office.

Currently it is estimated that Luke Evans has a net worth of $6 Million. Where did this money come from? Drawing from what’s been said above, it’s clear that his fortune was made from the various film roles that he’s played over the past few years- some highlights include Fast & Furious 6 (2013), The Hobbit: The Desolation of Smaug (2013), and Beauty and the Beast (2017).

Openly gay, Evans recently ended his relationship with Spanish model Jon Kortajarena in 2016 after being together for a few years. From what we can tell, the actor is currently single.

Regarding his homosexuality, he’s stated that his acting career “[has] not suffered” since he came out.

Does Luke Evans Have Any Children?

No, Luke Evans does not have any children that we know of.

Did Luke Evans Go to College?

Though he dropped out of school at the age of sixteen, he eventually studied at The London Studio Centre in Kings Cross in 1997, from which he graduated from in 2002.

Where Does Luke Evans Live? Pictures of Luke Evan’s House

For now, all we know is that Luke Evan resides in London, England. We do not have any pictures of further details on his home at this time.

What Kind of Car Does Luke Evans Drive?

We do not have any information on Luke Evans’ vehicle at this time.

From his debut until now, Luke Evans has played over 30 different roles on television and film. Most recently for his portrayal of Gaston in Beauty of the Beast, he was given a Teen Choice Award in 2017. In addition to that, he’s been nominated for an MTV Movie Award, and a British Independent Film Award.

According to sources, his films have grossed a total of $1.5 billion as of 2017.

How Much Did Luke Evans Make Last Year?

Though he’s mostly involved with film, he recently made a couple of appearances in the TV show, The Alienist (2017).