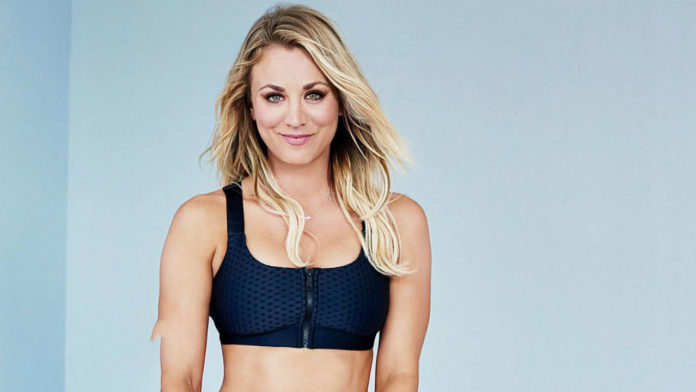 I have actually been looking forward to writing these ones. The Big Bang Theory is a bit of a guilty pleasure for me. I have issues with the show, but still can’t help but be drawn into it. Kaley Cuoco is wonderful in the show, and she has a long history of being wonderful in sitcoms. The most interesting thing about the Big Bang Theory guys is the contract negotiations. Most of the information is public knowledge, and that research reveals just how much money the show brings in. The cast as a whole are fast approaching becoming the highest paid sitcom stars of all time, assuming season 11’s contract negotiations surpassed what was agreed on for seasons 7-10. I’ll be keeping my eye out for any details going forward,  but for now the net worth of Kaley will be judged on what information we have available as of right now.

So let’s take a look thoruhg her career, see how she got to where she is today, and how much money she has made along the way.

How Did Kaley Cuoco Make Her Money & Wealth? 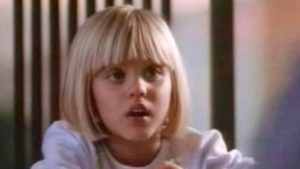 Kaley Cuoco was born in Camarillo California on November 30th 1985. Her mother was a home maker and her father a realtor. She played sports as a child, and by the time she was a young teen was a regionally ranked tennis player, though she stopped playing by age 16. Kaley was a child actor, getting her start at in feature films at age 7. She has had consistent work since then, something I did not know until I started researching her. Regardless of her impressive list of credits she did not break through to stardom until 2002, when she starred as Bridget Hennessy in the ABC sitcom 8 Simple Rules.

8 Simple Rules was a success, and made a house hold name of Kaley Cuoco. It is likely that the show would have continued for years, were it not for the death of series star John Ritter. During the run of 8 Simple Rules Kaley appeared in a variety of other shows. She purchased a large home near Sherman Oaks, worth $1.2 million during this time. She wold later sell the property shorty after the airing of BBig Bang theory.

2007 was the landmark year in Kaley Cuocco’s career. The Big Bang Theory began airing, and with it a $60,000 per episode acting fee. This would only grow with the show, and for season 4 the principle cast negotiated a $200,000 per episode, plus 0.25% of the back end. The show forms the core strut of her millions, though it must be said that if she is getting $1,000,000 per episode now, from season 7-10, with an option for season eleven. It may have risen higher, but in March of this year they agreed to a 10% cut across the core cast in order to pay their co-stars $450,000 per episode. The main three did get developmental deals with the company though, with Jim Parsons already working on a spin off of The Big Bang Theory.

Cuoco’s sky high profile comes with a whole host of benefits. She endorses a variety of product and companies, all of whom pay her to do so. She has deals, or had deals, with Ala Pilar, Avon and Ban.do, and likely most lucratively Priceline.com, where she is one of the main faces of the service, alongside, of all people, Bill Shatner. For most folk I tend to talk about social media income, but with Kaley Cuoco that cannot be the case. She does not have much in the way of social media.

Overall we have a fine idea of how she made her money, thoguh as is usual I am left a little perplexed on how the figure listed is so low. Considering that she pulls in $1 million per episode, and has done for the last 4 years, then that is 96 million raw. Taxes take a chunk, and outgoings take another, but still.

Kaley Cuoco was married for around four years to tennis player Ryan Sweeting, the couple divorced last year. She has been romantically linked equestrian Karl Cook. In a nice bit of art imitating life Kaley did actually date Big Bang Theory co-star Johnny Galecki, the guy who plays Leonard, her partner on the show. They broke up in 2010, after two years together.

Where is Kaley Cuoco from?

Cuoco is from California, born and raised. The City of Camarillo specifically, a small town with a population of only 65,000 or so.

What did Kaley Cuoco say that annoyed Feminists?

Back in 2014 she was interviewed by Redbook magazine. they asked her if she was a feminist, to which she asked if it was okay to say no. Her explanation hinged on her never having experienced any hardships as a result of her gender and the fact that she enjoyed looking after her man, neither of which are a position that is incompatible with feminism. She later apologized, stating in clear terms that of course she was a feminist.

What charities has Kaley Cuoco supported?

Kaley is active in a number of charities, including donating to Alzheimers research, animal rights and Shane’s inspiration, a charity aiming to eliminate bias against children with disabilities.

She didn’t. Kaley Cuoco has apparently never had an Instagram account. There are numerous reports of her having closed the account after appearing on Ellen last year, where she talked about her divorce, and her regret over getting a tattoo of the date, but the account that was closed belonged to someone else pretending to be her. I have looked into this a little, and I still don’t know why she doesn’t have an online presence. There is money to be made there, but hey, each to their own and all that.

When did Kaley Cuoco start Acting?

Kaley Cuoco made her acting debut in 1992, with the Denzel Washington flick Quicksand. She appeared in commercials before this, for companies like Barbie.

What is Penny’s last name on The Big Bang Theory?

I don;t know why I never thought to ask this until just now, but there is a point to be made there, right? Turns out nobody knows. Well, the people who work on the show do, but for some reason the public do not. The staff claim to be superstious about it at this point.