Matt Bomer Net Worth 2018 – How Wealthy is the Actor Now? 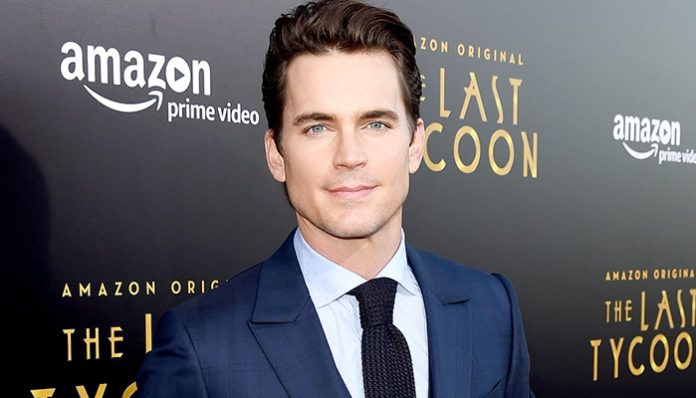 Originally from Missouri, Matt Bomer first gained attention for his role as Bryce Larkin in the NBC series, Chuck (2007). Though he’s been involved with theatre since his late teens, it wasn’t until he was in his early twenties that he made his television debut in All My Children (2000). More work soon followed on the small screen including Tru Calling (2003), and North Shore (2003).

Then in 2007, he received a small break after being cast as Bryce Larkin in the NBC comedy, Chuck. From there, his fame continued to rise as he landed a a lead role in the police procedural drama, White Collar (2009). In total, Bomer has played over a dozen different roles on television since his debut back in 2002. Currently, he stars as Monroe Star in the drama, The Last Tycoon (2016).

Aside from his work on television, Bomer has also appeared in several films including Magic Mike (2012), Space Station 76 (2014), and The Nice Guys (2016). How well off is the actor? According to sources, the 39-year-old currently has an estimated net worth of $9 million. Where did he earn most of this from? What are some of his greatest money-makers? Let’s find out.

How did Matt Bomer Make His Money & Wealth? 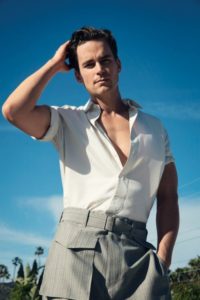 Born on October 11, 1977 in the suburbs of Missouri, Matt Bomer is the son of Elizabeth Macy and John O’Neill Bomer IV, the latter of whom worked as a businessman. Growing up in the suburbs of Houston, Texas, he went to Klein High School as a teen. Unfortunately, not much else is known about his early life. After graduating from high school, he went to Carnegie Mellon University in Pennsylvania where he eventually obtained a Bachelor’s of Arts degree in 2001.

Upon completion of college, Bomer headed to New York City in pursue of an acting career. With a little luck, he landed his first television role in the long-running soap opera, All My Children (2000) at the age of twenty three. From there, he played a few scattered roles in the series, Relic Hunter (2002), and War Birds: Diary of an Unknown Aviator (2002) before landing his first recurring part in the soap opera, Guiding Light (2002).

Playing the role of Benjamin Reade, the actor made his first appearance in 2002, after which he returned for a few episodes in 2003. Following that, Bomer scored his first lead part in the supernatural series, Try Calling (2003). Created by Jon Harmon Feldman, it centred around a 21-year-old medical student who takes a position at a local morgue after her internship falls through. While Elizabeth Dushku played as said student, Bomer portrayed the part of Luc Johnson, her love interest in season one.

Premiered on October 30, 2003, the actor made his debut in the fourth episode of season one titled, Past Tense. Aside from him and Dushku, the cast also included Zach Galifianakis, A.J. Cook, Shawn Reaves, Jessica Collins, and Benjamin Benitez. Considerably successful, the show attracted an average of 4.5 million viewers during its first season and 4.9 million viewers during its second. In total, Bomer had appeared in 14 episodes before its cancellation in 2004.

After a three-year long break from acting, Bomer returned as Jay Burchell in the ABC thriller, Traveler (2007). Created and written by David DiGillo, it followed two graduate students who become prime suspects after a bombing at a local museum. While the actor played as Jay Burchell, actor Logan Marshall Green played the part of Tyler Fog. Premiered on May 10, 2007, the series premiere attracted over 8.61 million viewers in the United States.

Despite starting off with a bang however, viewership eventually dipped in the subsequent weeks, leading it to be cancelled by ABC after eight episodes. The final episode titled, The Exchange aired on July 18, 2007 and was watched by approximately 3.8 million viewers.

That same year, he landed a recurring part in the popular spy drama, Chuck (2007). Centring around a twenty- something computer geek who inadvertently downloads spy secrets into his brain, it premiered on NBC on September 24, 2007. While Zachary Levi played the title role, Bomer portrayed the part of Bryce Larkin, a spy who also happened to be the ex-roommate of the series’ main character.

Shortly after his final appearance on Chuck, Bomer landed his first major role in the USA Network drama, White Collar (2009). The brainchild of Jeff Eastin, it starred the actor as Neal Caffrey, a highly intelligent con-artist who decides to work as a criminal informant for FBI Special Agent Peter Burke. (played by Tim DeKay). Other members of the cast include Willie Garson, Tiffani Thiessen, Marsha Tomason, and Hilarie Burton.

Premiered on October 23, 2009, the series premiere for White Collar garnered 5.4 million viewers in the United States. Though its viewership didn’t stay that high for long, reviews for the show were overwhelmingly positive- for instance, it currently has a 100% approval rating on Rotten Tomatoes. His for portrayal of the con-artist, he received a People’s Choice Award for Favourite Cable TV Actor in 2015.

Most recently, Bomer has been starring as Monroe Stahr in the  drama, The Last Tycoon. Based on the novel by F. Scott Fitzgerald, it was picked up by Amazon in July 2016. Set in the 1930’s, it revolved around the actor’s character- a film producer who finds himself in a power struggle with the head of the studio, Pat Brady (played by Kelsey Grammer). The entire first season was released online via Amazon Video on July 28,2017.

Like most actors, he has also appeared in a fair share of films. For instance in 2012, he co-starred in Magic Mike, a comedy that revolves around a nineteen year old who ventures into the world of male stripping. One of his first major roles on the big screen, Bomer played as Magic Mike’s Ken Doll; he’s joined on set by actors Channing Tatum, Alex Pettyfer, Cody Horn, and Olivia Munn. Despite being a relatively low budget film, it surprised everyone at the box office with a weekend gross of $39 million.

Praised by critics, the comedy eventually went on to gross a total of $167.2 million worldwide. For his work on the movie, Bomer was later nominated for an MTV Movie Award for Best Musical Moment, which he shared with the rest of his cast members.

Bomer’s next big role on film came in 2014 when he was cast in the sci-fi title, Space Station 76. Starring alongside Patrick Wilson, Liv Tyler, Kylie Roger, and Marisa Coughlan, he played as the space station’s mechanic Ted, who has a robotic right hand. Given a limited theatrical release on September 19, 2014, it garnered mostly positive reviews from viewers who got a chance to see it on screen.

A year later, he reprised his role as Ken in Magic Mike XXL (2015), the sequel to the 2012 film. While the movie saw the return of Bomer and Channing Tatum, it also featured several new additions to the cast including Joe Manganiello, Kevin Nash, Adam Rodriguez, and Gabriel Iglesias. Screened on July 1, 2015, it took in $12.8 million in ticket sales during the first week. Although not as successful as its predecessor, it still managed to gross a total of $122.5 million by the time it closed in theatres.

Most recently, he starred in the neo-noir title, The Nice Guys (2016) alongside Russell Crowse, Angourie Rice, Ryan Gosling, Keith David, and Margaret Qualley. Set against a backdrop of the late 70’s, it followed two men who team up in attempts to investigate the disappearance of a teen girl. Though it receives many positive praises from critics, it ultimately only grossed $57.3 million at the box office from a budget of $50 million.

Currently it is estimated that the actor has a net worth of $9 million. From all that’s been said above, it can be presumed that Matt Bomer earned most of his fortune through his various television and film gigs- a few standouts include The White Collar (2009), Magic Mike (2012), and Magic Mike XXL (2015).

Openly gay, Bomer has been married to Simon Halls, a publicist, since 2011. He first acknowledged that he was gay in 2012 during an acceptance speech at the Steve Chase Award ceremony.

Regarding his sexual orientation, the actor has stated that hiding the fact throughout his teens had made him into better actor.

Does Matt Bomer Have Any Children?

Yes, the actor has three sons with his husband, including a set of twins which they achieved through surrogacy.

Did Matt Bomer Go to College?

Yes he did. After graduating from Klein High School in 1995, Bomer went to Carnegie Mellon University from which he eventually graduated with a Bachelor of Fine Arts degree in 2001.

Where Does Matt Bomer Live? Pictures of Matt Bomer’s House

As of 2011, Bomer and his family has been living in a sizeable mansion in Los Angeles, California. Purchased for $3.12 million, the 4,741 square feet home includes six bedrooms and four and a half bathrooms. Located in the Hancock Park area of LA, it features 12-pane French Doors to the terrace as well as a beautiful crystal chandelier from the ceiling.

Outside in the backyard, there’s also a heated swimming pool and spa, both directly set into the grass.

What Kind of Car Does Matt Bomer Drive?

Unfortunately, we do not have any information on Matt Bomer’s Vehicle at this time.

A philanthropist at heart, Bomer has supported numerous organizations over the years including the Human Rights campaign, Elton John AIDS Foundation, American Foundation for AIDS Research, Stand Up to Cancer, and GLSEN, among others.

For helping to support the fight against HIV/AIDs, he received a Steve Chase Humanitarian Award in 2012. That same year, he received an Inspiration Award from GLSEN.

How Much Did Matt Bomer Make Last Year?

Unfortunately, we do not have information on Matt Bomer’s 2016 salary at this time.

So far this year, Bomer has starred in two movies, the mystery film, Walking Out (2017), and the romance film, Anything (2017). Of course, he has also been carrying out his role as Monroe Stahr in the drama series, The Last Tycoon (2017).

As far as upcoming works go, he will be playing a supporting role in the sci-fi movie, Jonathan (2017) later this year.