Fort One Bar and Lounge Update- What Happened After Bar Rescue 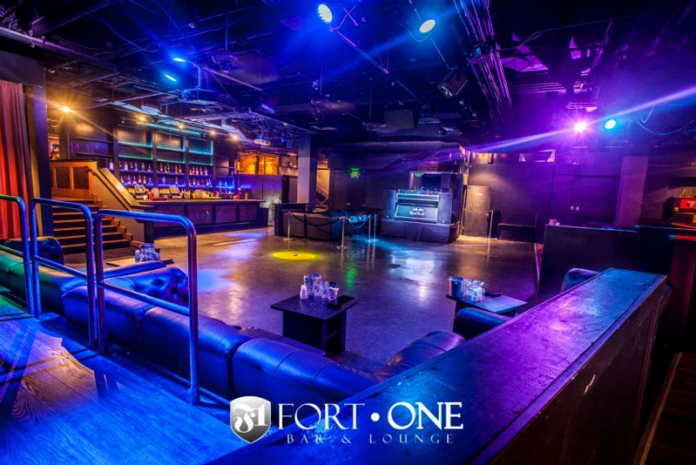 Fort One Bar and Lounge before Bar Rescue

In 2014, Jason Wanigatunga became the owner and operating manager of Fort One Night Club, just a block from Fisherman’s Wharf in San Francisco. Raised by a successful nightclub owner, he hoped to follow in his father’s footsteps. His father opened a nightclub in 1996 and was so successful with Cafe Cocomo that be bought Fort One as a gift for his son. In the first months, they were doing $110,000 a month and Jason definitely saw good things coming in the future. Jason was quickly sucked into the party scene and away from managing the business. He drinks – four, five, six, maybe seven beers. Footage is also shown of him demanding drinks to be served faster and for shots, and he also admits that he likes to mix in shots.

Scott, the general manager at Fort One, says that Jason definitely gets in the way with his partying. He has no control over that. Jason also demands that free bottles of alcohol be given away, and this results in the bottle service girls not receiving any tips. Bartender Ashley is frustrated that Jason screws over all his staff. Jason again says that he likes to drink so he can meet people, and he gives away drinks so he can meet people. Scott says that he has totally been gifted the place, and this is why they are where they are. Jason’s careless attitude has caused a free-for-all; if Jason drinks at the bar, other bartenders drink at the bar too.

Everyone is hammered 90% of the time; the staff recognizes that Jason is wasting a golden opportunity. The staff knows they are in an amazing location on Fisherman’s Wharf and more than 5,000 people walk by daily in the summertime. They are failing to grab those customers, and Jason’s generosity towards his customers leaves his staff empty-handed and the bar in shambles. The bar is $200,000 in debt, and his father has had to sell his prized possessions (like his cars and houses) to make ends meet for Jason. Anyone else would be so grateful and work their ass off to have what Jason has. Now in the hopes of being gifted a remodeled bar, Jason has called in for Bar Rescue and Jon Taffer.

Fort One Bar and Lounge on Bar Rescue

In downtown San Francisco, Jon approaches Fort One. The bar is a block from the wharf, with destinations like Pier 39 and Alcatraz just a stone’s throw away. This is a hot tourist destination, and those tourists spend 10 billion a year in just this area. With numbers like that, there has to be high volume, expert mixologist Mia Mastroianni says. The bar sits on a corner block. Jon made special arrangements for this bar, as there is no parking lot for them to perform recon. He set up a recon site from a bar around the corner, so Jon and Mia head to their new location. 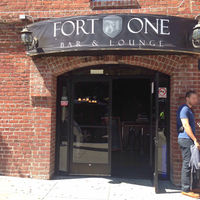 The front of the bar has a plastic banner for a sign, which is definitely not approachable when there are many other upscale bars in the area. The floorplan of the bar does not make much sense; the upper level is a bar, and the lower level is a nightclub, but neither one is working. Jon explains the history of the bar; Jason’s father bought him the bar two years ago as a “gift.” Inside the bar, Jason calls for shots to be given to his guests again. Bartender Lynette also drinks with bartender Desiree. Mia says that she has seen each bartender take at least one shot. Manager Scott sits two women that enter the bar, and bartender Ashley chants about shots. One of the big problems with the bar is that Jason literally gives the place away – if you come in, being a pretty girl, you get a free bottle. Jon then reveals his plan; he sends in numerous groups of girls, all with the intent of getting Jason to keep giving them stuff.

Jon’s spies enter the 6,500 square foot space, housing both an upstairs bar and a lower level nightclub. Each area is fully equipped with functional service stations. The two women are seated, and the area of bottle service is horrible. Mia explains that she has been to nightclubs in various cities and there are standards of sophistication. The bar is run down and horribly maintained. The two women ask Jason if he is going to drink with them, and of course he offers a free bottle immediately. Bottle service girl Olivia brings over a bottle, and already $400 is being given away. This is “complete rookie stuff” that he’s doing, Jon explains.

Manager Scott looks annoyed as Jason keeps giving free stuff. Jason demands Olivia to bring another free bottle, then says to “keep it coming.” It becomes Olivia’s turn to look annoyed, as she is making nothing in tips from Jason giving out free drinks. Jason gives them another free $400 bottle, so $800 has been given away. Olivia voices her concern, and Jason says that it is more about being social than it is about making money. A third bottle is brought over, meaning that Jason has given out $1,200. Jon’s two spies are taking Jason for everything he’s worth.

Scott takes Jason over to the side and asks if he has considered trying to get them to buy it. Surely enough, Jason gives away a fourth bottle, which means more than $1,600. Olivia asks Jason to go in the office and do work for once, but he declines. He threatens Olivia that he could fire her if she keeps the attitude up. Olivia is rightfully frustrated, as she has made no money this shift.

Bartender Desiree heads out into the street to flag people down to bring them inside, which annoys them more than anything. She is desperate on the street trying to hussle people in, and this means that there is no bartender behind the bar. Jon can only laugh and smile at the one sad party in the bar that is being fueled by Jason giving away $400 bottles of liquor. There is absolutely nobody in the bar who is there to spend money. Jon has to laugh himself silly before he and Mia eventually leave their recon site and head into the bar to set to work with his bar rescue. 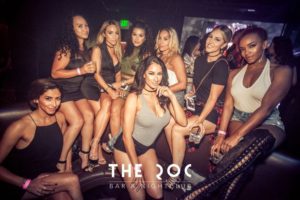 Surprising nobody, Fort One Bar and Lounge is closed. While it is unknown what exactly the discipline for Jason is for squandering such an opportunity, all signs of speculation point to the father being incredibly disappointed. Jon Taffer sought to rejuvenate the image of the bar and the concept by renaming it to “The Roc Bar and Nightclub,” but sadly, this just couldn’t pull anybody in. Shortly after Fort One Bar and Lounge closed, the space was purchased and is now used by a successful, thriving nightclub.

Fort One Bar and Loungehad active social media presences on Facebook and Twitter, but since closing, these accounts have gone totally silent. The reviews on Yelp were absolutely critical, leading to Fort One Bar and Lounge having a mediocre 2-star review across 86 different reviews, and being rated with two $’s, making it somewhat expensive. The last review of Fort One Bar and Rescue was submitted on April 30, 2016, meaning the nightclub closed just shortly after their airing – I would speculate that it closed sometime in May. The biggest complaints were the $20 cover charge, the horrible drinks, and the place was usually totally empty. Bottle service is also another complaint, as the servers would typically serve patrons the wrong drinks.