Robert Pattinson Net Worth 2018 – How Much He Made From Twilight 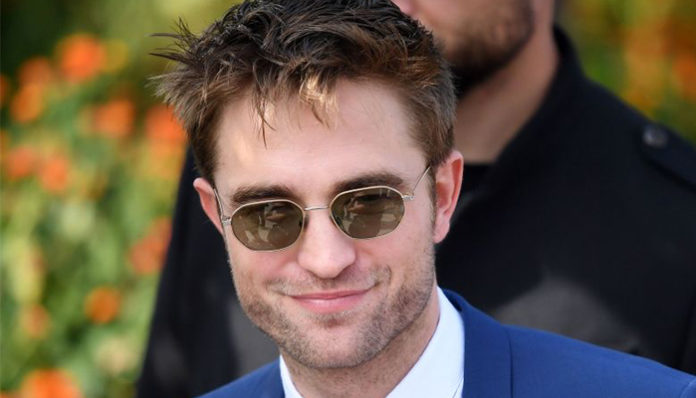 A world famous actor, Robert Pattinson rose to prominence for his role as Edward Cullen in the Twilight series. Raised in England, he first got involved with acting through Barnes Theatre Company as a young boy. After appearing in a handful of stage productions, he made his on-screen debut in the TV film, Ring of the Nibelungs (2004), at the age of eighteen.

Soon afterwards, Pattinson received a small break after landing a part in the popular, Harry Potter and the Goblet of Fire (2005). However it wasn’t until a few years later in 2008, that he shot to stardom with the fantasy romance film, Twilight. Playing as Edward Cullen, the actor won over millions of female fans on the big screen.

One of the highest paid actors in Hollywood, the 31-year-old currently has an estimated net worth of $100 million. From what did he make the bulk of this amount from? Let’s find out.

How did Robert Pattinson Make His Money & Wealth? 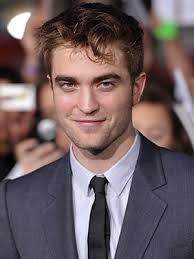 Born on May 13, 1986 in London, England, Robert Pattinson grew up in the Barnes district with his two older sisters, Elizabeth and Victoria. As a young boy, he went to Tower House School, after which he attended The Harrodian School in South-Western London. Having always been fond of drama, he got involved with acting through the Barnes Theatre Company during his early teens.

Throughout his adolescent years, Pattinson participated in several stage productions including Macbeth, Anything Goes, Our Town, and Goes and Dolls. Ultimately, it was his performance in Tess of the d’Urbervilles that caught the attention of an agent who then introduced him to professional acting. Thus at the age of eighteen, he made his official debut in the German television film, Ring of the Nibelungs (2004).

From there, he appeared in the costume drama, Vanity Fair (2004) though his scenes were later deleted in the final version. After losing a part in The Woman Before to Tom Riley in 2005, Pattinson received a small break after scoring a role in the popular fantasy film, Harry Potter and the Goblet of Fire.

His first major acting appearance, the actor was given the part of Cedric Diggory, a Hufflepuff two years older than protagonist, Harry. Despite being a supporting character, his performance garnered him high praise from critics- for instance, The Times had hailed him as “The British Star of Tomorrow”.

Following that, Pattinson appeared in the BBC psychological thriller, The Haunted Airman (2006). Once again, his portrayal had earned him several favourable reviews. Continuing to land roles over the next couple of years, he eventually went on to appear in The Bad Mother’s Handbook (2007), How to Be (2008), and (2008). Finally in 2009, the rising actor received the breakthrough that he had been waiting for in the form of the romance fantasy film, Twilight.

Adapted from Stephanie Meyer’s immensely popular novel, Twilight centred around the relationship between a teenage girl named Bella Swan and a vampire known as Edward Cullen (played by Kristen Stewart and Pattinson respectively). Highly anticipated by fans, the film eventually opened in theatres on November 21, 2008. Despite lacklustre reviews, it was a huge hit at the box office, having taken in $35.7 million on its opening day.

His breakout role, Pattinson later received an MTV Movie Award nomination for Male Breakthrough Performance in 2009. Responsible for the launch of his stardom, it’s said that he earned a whopping $2 million for starring in the film!

A year later, he reprised his role as the sparkling vampire in the second instalment, The Twilight Saga: New Moon (2009). Based on the events from the second novel, it saw the return of the main cast including Kristen Stewart, and Taylor Lautner. Screened on November 20, 2009, the movie quickly surpassed that of its predecessor, with a midnight gross of $26.3 million; it eventually drew in over $142 million by the end of the opening weekend.

Considering how the film did even better than the original, it’s not surprising to know that Pattinson’s salary was also, higher than what he’d received a year before. According to reports, the actor was paid close to $12 million for reprising his role as Edward Cullen.

Continuing on, he later starred in the third sequel, The Twilight Saga: Eclipse (2010), which hit theatres on June 30, 2010. The first of the series to be released in IMAX, it took in a record breaking $30 million in ticket sales from its midnight opening in the US and Canada. By the time it closed several months later in October 2010, the motion picture had earned a total of $693 million worldwide- making it the second highest-grossing film in the franchise.

Though critical reviews for the film were iffy at best, Pattinson still won several awards including a Teen Choice Award, a Scream Award, and a People’s Choice Award, among a few others.

The next continuation of the franchise, The Twilight Saga: Breaking Dawn – Part 1 came out on November 18, 2011. Upon its release, the movie grossed $291 million during its opening weekend across the globe, making it one of the highest-earning worldwide openings of all time. Within just twelve days, its gross had reached the $500 million mark. Currently the 50th highest-grossing movie of all time, it eventually went on to gross over $712 million by the end of its screening.

For The Twilight Saga: Breaking Dawn – Part 1, Pattinson’s salary consisted of two parts- the base pay, and approximately 7.5% of the gross. In total, the actor yielded a little over $12.5 million from the 2011 film.

Finally, he starred in the fifth and final instalment of the franchise, The Twilight Saga: Breaking Dawn – Part 2 in the fall of 2012. Theatrically released on November 16, 2012, it had earned over $71 million on its opening day alone. Eventually number one at the box office, its total gross ended up being over $829.7 million. Like before, Pattinson was paid a base salary as well as a percentage of the gross; altogether, it’s estimated that the’d yielded close to $13 million.

While he may be best known for his role as Edward Cullen, Pattinson has starred in several other films throughout the years for instance: Remember Me (2010), Love & Distrust (2010), Water for Elephants (2011), Bel Ami (2012), The Rover (2014), and Maps to the Stars (2014). Compared to what he earned from the Twilight series however, his pay from the above titles were obviously not as high.

In addition to being an accomplished actor, the former heart throb has also made himself known in the modelling world- in fact, he first posed for the cameras at the age of twelve! In 2013, Pattinson became the new face of Dior Homme’s new fragrance; he also took part in the 1000 LIVES campaign. As of 2017, he is still in association with Dior Homme as their first ambassador. Interestingly enough, he had turned down a £1m offer by Burberry back in 2010.

Reiterating what we’ve said before, Robert Pattinson currently has an estimated net worth of $100 million. From everything that’s been discussed, it’s clear that most of this was earned directly from The Twilight Series. Having said that, he presumably also yields a decent amount from his other film roles, as well as his modelling gigs.

For a couple of years now, the Twilight actor has been dating singer, FKA Twigs; in fact, just recently the two had gotten engaged. Still, the fact that they’ve yet to tie the knot have caused many fans to speculate that they’ve actually broken up.

From what we can tell however, the rumours seem to be false as the couple were just recently spotted enjoying a night out this May.

In the past, Pattinson had also dated fellow Twilight co-star, Kristen Stewart; they eventually broke up in 2013 after being together for four years. As well, he has been romantically linked to Katy Perry, Dylan Penn, Nina Schubert, and Nikki Reed in the past.

Does Robert Pattinson Have Any Children?

No, Robert Pattinson does not have any children that we know of.

Did Robert Pattinson Go to College?

No, it doesn’t seem like the actor had gone to college- he went straight into acting as a teen and has never looked back.

In 2014, the actor purchased a Los Angeles home for $2.1 million. Boasting 1,940 square feet of real estate, the single-story house is set behind a long, gated driveway. Featuring two bedrooms and two bathrooms, it comes complete with a double-sided fireplace, a sky-lit kitchen, as well as an open beam ceiling.

Outside in the tree-shaded back yard, there’s also a swimming pool with a decent view of the canyons.

What Kind of Car Does Robert Pattinson Drive?

Pattinson has been spotted driving two vehicles, a 1963 Chevrolet and a BMW 325i convertible.

How Much Did Robert Pattinson Make Last Year?

It’s estimated that he made around the ballpark of $13 million in 2016, though this has yet to be confirmed.

Throughout the years, the actor has supported several causes and charitable organizations. For instance in 2010, he participated in the charity show, Hope for Haiti Now: A Global Benefit for Earthquake Relief. Later that same year, he helped to raise $80,000 for the GO Campaign by donating a meet and greet on the set of Twilight: Breaking Dawn.

Some of the other non-profits that he’s worked with include the Royal Flying Doctor Service, ECPAT UK, and Midnight Mission.

One of the best known actors in Hollywood, Robert Pattinson has won 46 industry awards from over 60 nominations over the past years. This includes three Bravo Otto Awards, ten MTV Movie Awards, three Kids’ Choice Awards, and two People’s Choice Awards, among others.

This summer, Pattinson will be co-starring in the crime drama film, Good Time (2017). As far as upcoming productions go, he’ll also be appearing in The Souvenir, Damsel, and High Life, the last of which is currently in the filming stages.