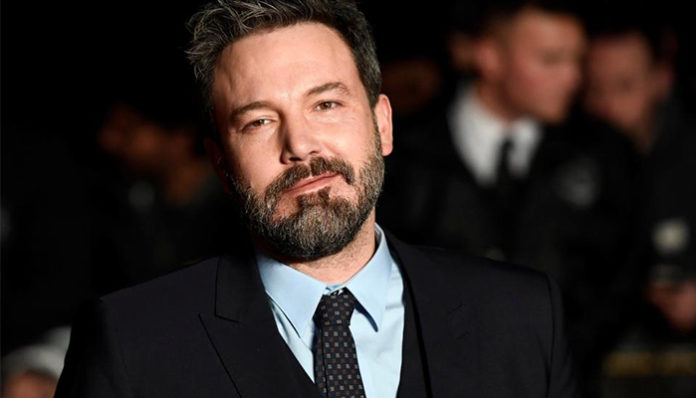 A top Hollywood actor, Ben Affleck has starred in several high profile films including Batman v Superman (2016), Argo (2012), and Gone Girl (2014). Encouraged by his mother to pursue the performing arts, he eventually appeared in his first television commercial at the age of seven. Later on, he made his acting debut in the indie film, The End of the Street (1979).

Though he went on to attend college, Affleck ultimately dropped out soon afterwards to pursue his Hollywood dreams. Throughout the 90’s, he appeared in several titles including School Ties (1992), Dazed and Confused (1995), and Chasing Amy (1997). However, it wasn’t until 1997 that he rose to fame in the film, Good Will Hunting (1997).

Since then, the actor has taken part in over 50 films and has won countless industry awards as both an actor and a director. A Hollywood superstar, it’s estimated that Ben Affleck currently has an estimated net worth of $75 million. Where did he earn most of this money from? What are some of biggest box office hits that he’s starred in? Let’s take a look.

How did Ben Affleck Make His Money & Wealth? 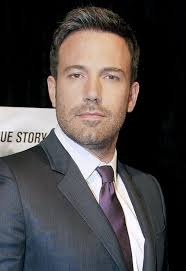 Born on August 15, 1972 in Berkely, California, Ben Affleck spent the initial years of his childhood in Massachusetts before moving to Cambridge with his family. Throughout his childhood, his father had a severe problem with alcoholism; as a result, his parents divorced when he was twelve years old. Raised by his mother, she was the one who encouraged him to pursue the performing arts at a young age.

After appearing in a few television commercials with his brother Casey, he landed his first official acting role at the age of seven in the independent film, The Dark End of the Street (1979), as his mother was friends with the casting director. Taken under the wing of acting coach David Wheeler, Affleck continued to appear in various television programs, including a children’s show in Mexico. As far as his earnings go, his mother had put his wages in a college trust fund.

As a teen, he went to Cambridge Rindge and Latin High school where he participated in a handful of theatre productions. Ultimately, it was then that he became close friends with Matt Damon. Both interested in pursuing acting as a career, they often travelled to auditions together in New York. Upon completing high school, Affleck relocated to Los Angeles, where he studied at Occidental College briefly before opting to pursue a career in Hollywood.

Like most actors, Affleck started out with a few minor roles here and there for the first few years. Some of the initial films that he took part in include Daddy (1991), Buffy the Vampire Slayer (1992), School Ties (1992), Against the Grain (1993), and Body to Die For: The Aaron Henry Story (1994). It wasn’t until he was twenty three that he scored his first lead role in the drama film, Glory Daze (1995).

Then in 1997, he found himself starring in Kevin Smith’s romantic comedy, Chasing Amy. Responsible for yet another boost in his popularity, the story revolved around a male comic artist who falls in love with a lesbian woman. Despite being a fairly low budget film, it ended up grossing $12 million at the box office. Praised for his “cool comic timing”, his performance had brought him some much needed attention.

Later that year, he reached his career breakthrough with the drama film, Good Will Hunting (1999), which he had cowritten with Matt Damon. While Damon played the title role, Affleck took on the part of Chuckie Sullivan, one of his close friends. Upon its wide release, it took in $10.2 million during its opening weekend; a success at the box office, it ultimately went on to gross $225 million worldwide.

How much did Good Will Hunting yield the star? According to sources, Affleck’s earnings from the film were around $300,000, including what he’d made from selling the script with Damon. For his work on the movie, he won an Academy Award for Best Original Screenplay as well as a Golden Globe Award for Best Screenplay.

Thanks to the success of the film, Affleck eventually went on to land several lead roles on the big screen. For instance in 1998, he was chosen to star in the science-fiction title, Armageddon. One of the main cast members, the actor put on yet another solid performance alongside Bruce Willis, Liv Tyler, Billy Bob Thornton, and Will Patton. Number one at the box office, it grossed a worldwide total of $553.7 million after taking in $36 million during its opening weekend.

From there, he reunited with director Michael Bay in the 2001 war drama film, Pearl Harbor. Based loosely on the events of Japan’s attack on Pearl Harbor in 1941, it saw Affleck playing the role of Captain Rage McCawley. Though reviews were generally negative, it was a massive commercial success. By the end of its run in theatres, it had taken in a total of $449 million- making it the third highest-grossing romantic drama film as of 2013.

Two years later, he starred as a blind lawyer in the superhero film, Daredevil. Lauded for its action sequences and stunts, the movie grossed more than $179 million from a budget of $78 million. Reportedly, his salary was close to $11.5 million.

After directing and co-writing a few films including Gone Baby Gone (2007), The Town (2010), he hit it big with the political thriller, Argo (2012). Not only did he co-produce and direct the motion picture, but he also starred in the title alongside Alan Arkin, Bryan Cranston, and John Goodman. Released nationwide on October 12, 2012 to critical acclaim, it pulled in over $19 million in its opening weekend. By the time it closed, it had grossed $232 million worldwide, $136 million of which came form the United States.

Nominated for seven Academy Awards (among which were three wins), Affleck’s direction in the film garnered him critical praise from critics; in fact, his work as one of the directors later netted him a Golden Globe Award.

Then in 2014, he came under the spotlight again in the psychological thriller, Gone Girl. Based on a novel of the same name by Gillian Flynn, it centred around Affleck’s character who becomes a main suspect after his wife seemingly disappears. Released on October 3, 2014, it earned $13.1 million on its opening day alone. A global hit, the film later grossed a total of $369.3 million worldwide, making it one of the most profitable movies of its year.

Continuing to make his mark in Hollywood, he later starred in the the box office hit, The Accountant in October 2016. Directed by Gavin O’Connor, it followed the life of a small-time accountant with a high-functioning form of autism. That same year, he also started to play Batman in the DC Extended Universe. Some of his most recent films in the last couple of years include Batman v Superman: Dawn of Justice (2016), and Live by Night (2016).

A well respected individual in the show biz, he has been invited onto several talk shows over the years including The Tonight Show Starring Jimmy Fallon (2014), Live! With Kelly and Michael! (2014), Good Morning America (2016), and The Graham Norton Show (2016), to name a few.

Obviously, he’s earned several millions from his various acting and directing roles over the years. But that’s not his only source of income- interestingly enough, Affleck is also a professional gambler. In 2004, he took part in the California State Poker Championships from which he ultimately emerged as the champion with a cash prize of $356,400. After a series of wins at Hard Rock Hotel in Las Vegas, he was even asked to retrain from playing blackjack in 2014.

Currently, the Hollywood actor has an estimated net worth of $75 million.

The 44-year-old movie star is currently in a relationship with TV producer, Lindsay Shocks; the two allegedly started dating in 2015.

Previous to this, Affleck had been married to actress Jennifer Garner, whom he’d met at the set. After a year or so of dating, the two tied the knot on June 29, 2005. Over a decade later, they announced that they had filed for divorce.

Does Ben Affleck Have Any Children?

Yes, Affleck has three children with his ex-wife, Violet Anne (b.2005), Seraphina Rose Elizabeth (b.2009), and Samuel Garner (b. 2012). According to reports, the two had sought for joint custody of their children following their divorce.

He has made it a point for the paparazzi to exclude his children in publications.

Did Ben Affleck Go to College?

Yes- after completing high school, he attended the University of Vermont for a few months after which he moved to Los Angeles, where he studied at Occidental College for a little over a year.

Following his divorce with Jennifer Garner, he recently moved out of the guest home (part of the duo’s California estate). According to reports, he plans on living nearby to make the co-parenting situation a little easier. Currently i’s unknown as to where he’s residing at the moment.

What Kind of Car Does Ben Affleck Drive?

In 2010, Affleck and Whitney Williams co-founded the Eastern Congo Initiative, a non-profit focused on “wrotking with and for the people of eastern Congo.”

On top of that, he’s also been involved with the A-T Children’s Project, the Paralyzed Veterans of America, Operation Gratitude, and Feeding America, among others.

A seasoned actor with dozens of credits to his name, Ben Affleck has received countless awards throughout his career including three Golden Globes, two Academy Awards, two Screen actors, and two BAFTA Awards.

According to sources, all of his films combined have grossed over $2.2 billion as of 2017.

How Much Did Ben Affleck Make Last Year?

Most likely busy with filming as we speak, Affleck will be appearing in (and helping to produce) several upcoming movies including The Batman, Bending the Arc, Justice League, and Witness for the Prosecution.

Recently on television, he has also made a few appearances in Made in Hollywood, Extra, Matt Damon: Reel Life, The Red Nose Day Special, and Entertainment Tonight.