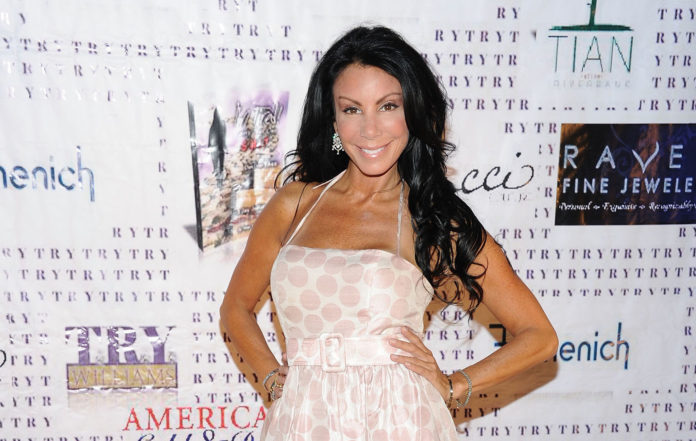 Modern stardom is rarely the kind of thing that just happens, you have to work for it, even if it’s ‘social media’ fame or reality TV notoriety, building a brand takes time and constant commitment. Is it really any surprise then that those who can take an Instagram account or TV spot and spin it into a name and a fortune are those who work the hardest at it? Take Danielle Staub, who knew that beyond all else, she wanted her time in the spotlight and she’s been making that happen, weaving success as a modern celeb and loving it! Just how hard do you have to work to make it look this easy? Let’s find out.

How Did Danielle Staub Make Her Money & Wealth? 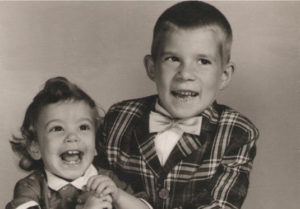 Born Beverly Ann Merrill on July 29, 1962 to a 15 year old Italian American mother, Danielle was quickly adopted and raised in Pennsylvania. It was not a happy childhood and she recalled in her memoir that she suffered terrible sexual abuse at the hands of relatives when she was only 8 years old. By age 11, she claims, she was fighting back and turning away from her adoptive family and to her friends, but fell in with ‘the wrong crowd’, she told People magazine, ending up working as a model in Florida. Drugs and crime were unfortunate bedfellows with that crowd at the time, and Danielle was arrested in 1986 in connection to a kidnapping carried out by her older, abusive boyfriend and his gang. The arrest served as a big wake-up call about the state of her life and when the court was lenient with her, Danielle resolved to put that life behind her and start over new. She met and married Kevin Maher in 1986 but allegations of his abuse have since surfaced (allegations that he denies) and they divorced in 1987. In 1993 she married businessman Thomas Staub and was blessed with two daughters, Jillian and Christine, though the couple divorced in 2007.

While Danielle had done some acting in her childhood and more recently, appearing in an episode of the daytime soap All My Children in 2001, when the TV golden ring came around again, she was quick to grab it, joining the cast of the reality TV show The Real Housewives of New Jersey in 2009. Instantly recognisable, Danielle got a huge reaction from the nationwide audience and was a member of the cast for the first two seasons before abruptly leaving the show. The next year, she released her memoir, The Naked Truth as life began to subtly change; besides leaving The Real Housewives of New Jersey in 2010, she put her house up for sale but ultimately filed for bankruptcy in 2012. It wasn’t the end of her TV career, however, as Danielle appeared on the Style Network’s program The Dish in a comedy sketch and took part in a foodie series for VH1 called Famous Food alongside fellow reality TV stars Heidi Montag and Jake Pavelka in 2011. It wasn’t always easy being in the celeb spotlight, and Danielle found herself being sued by former husband Kevin Maher for his depiction in her memoir (the matter was settled out of court) and has fought mental health issues and addiction.

Still, you can’t keep a fighter down and Danielle is once again on the upswing. In February 2017 it was announced that she will be returning to The Real Housewives of New Jersey, relying on her catchphrase of “You either love me or you hate me!” to say it all. Will her return be as tumultuous as her first stint on the show? No one knows but the audience and the producers are counting on it. Love has also struck again and in May, Danielle accounced her engagement to long-time boyfriend Marty Caffrey. It’s been a wild ride but she’s made clear to her haters that it’s one that’s only just getting started. 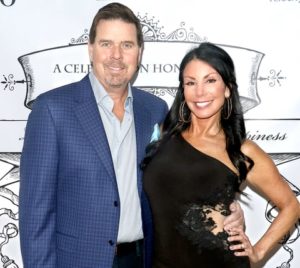 Danielle is not currently married but she is engaged to boyfriend Marty Caffrey. Though the tabloids claim she’s been engaged 19 times (citation needed!), this is indeed the real deal and cameras were rolling as part of filming for The Real Housewives of New Jersey so expect to see the moment of truth on-air. Did the debonair Caffrey go down on the traditional one knee as he popped the question or did he take a more contemporary, Instagram-friendly approach? We’ll find out soon enough but as this is the third marriage for Danielle, she’s bound to be an old pro at every aspect of wedding planning. Who knows, if season 8 goes well and she signs on again, there very may well be a ‘very special episode’ featuring their wedding and all the reality TV drama bound to go with it.

Did Danielle go to college?

What’s the story behind Danielle’s relationship with Teresa Giudice? 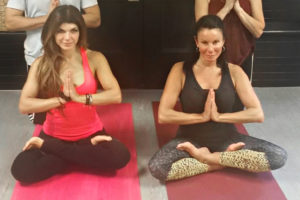 It’s no secret that Danielle and Teresa were like oil and water during her first stint on The Real Housewives of New Jersey. Ok, maybe that’s an understatement, given Teresa calling Danielle a ‘prostitution whore’ during the now-infamous table-flipping fight caught on camera. While it wasn’t her only feud-and-fight relationship on the show, it was certainly the most intense and memorable. So what’s the deal with the two now? Yoga, apparently. Teresa (now out of prison on fraud charges) contacted Danielle on Twitter in late 2016 to bury the hatchet and go out for some calming yoga. While both have been tight-lipped over what exactly went on during the bonding session, they have each separately stated that some history was aired and several issues talked over and hashed out.

Was Danielle’s Wayne, NJ house really worth over $1 million? 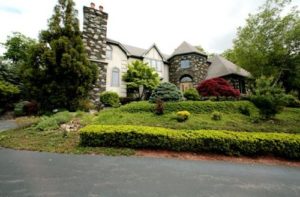 Take a look for yourself and see! This isn’t so much a house as a mansion and it’s the kind of place that makes interior design magazine editors drool! Initially listed for $1.45 million, due to issues of short sell, property tax, and other long-lasting implications of the real estate crisis, it’s hard to put an accurate worth to a house as absolutely gorgeous as the one Danielle put on the market. The 6,000 square foot Tudor colonial was built in 1989 and features an exquisitely landscaped front and back yard with a lavish in-ground pool in the back. Looking for privacy? The property butts up against the thicker forest on 3 sides for the ultimate suburb-but-quaint-woodsy experience. Back on the market in 2013, it’s unclear if the house has since sold, though given the state of the economy recently, who but TV stars could afford a place like that? If you’ve got the spare cash sitting around, maybe this piece of Real Housewives history could be yours!

While the past has been rocky, the future looks to be clear sailing for Danielle Staub. On the brink of her triumphant return to reality TV, a reunion with the cast and crew of The Real Housewives of New Jersey, upcoming wedding, and the adult success of her two beautiful daughters, she’s riding high. It just goes to show that in America, anyone can become anything, regardless of the circumstances of their birth or childhood, working hard to see it pay off in fame and fortune.