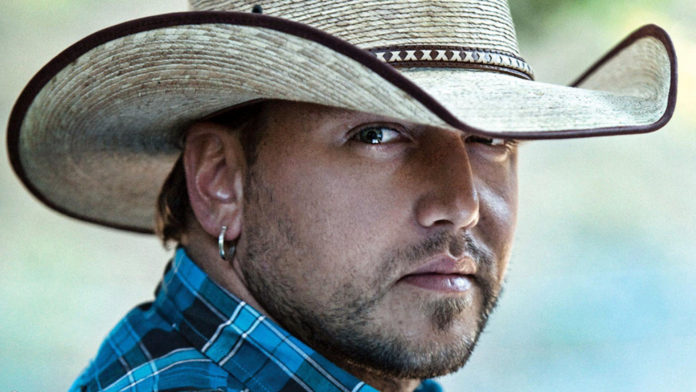 Jason Aldine Williams, better known as Jason Aldean, is one of the most popular country artists working these days. Country is a fairly new genre for me, and the last couple of weeks of listening and research have been eye opening. It’s a style that has a lot to offer, and Aldean’s work is well worth listening to. He spent years in and around Nashville trying to catch the eye of a record company with little success until the mid 2000s, when he finally got himself an enduring contract. His debut single, Hick Town, sold well enough, it was an interesting blend of rock with country, but without veering into rockabilly or traditional rock and roll. His debut album was released shortly after, and the second single, Why, earned him his first number one hit, since then he has gone from strength to strength.

So let’s take a hard look at his career, see how he made his money and where he is going in the future.

How Did Jason Aldean Make His Money & Wealth?

Jason Aldean was born on February 28th 1977, in Georgia. He lived with his mother, due to his parents separating when he was three. He spent his summers in Florida with his father. Aldean’s father encouraged his son’s love of music, and after finishing High School got him a gig at Truman State University. He began writing original material with one of his band mates, Justin Weaver, and they performed them at an Atlanta Nightclub, garnering the attention of Michael Knox, of Warner-Chappell publishing. He signed with the firm and moved to Nashville in late 1998.

It was not all roses and daisies for the upcoming country star. Shortly after arriving in Nashville he was dropped from his recording contract. He signed with another firm, but they too dropped him, citing poor work ethic and missing recording slots. He spent the next five years trying to get the attention of a talent scout in the clubs and bars around Nashville. After four years of trying he was reaching his breaking point, giving himself six more months before giving up. A few weeks after his self imposed ultimatum he was approached by Lawrence Mathis, who became his first manager. He brokered a contract with Broken Bow records and soon enough Aldean was recording his first album. He parted ways with Mathis not long before the record was release.

Jason Aldean’s debut release, self titled, was a commercial success. The debut single Hicktown, sold well, but fell short of the coveted Billboard country top spot. Thankfully his second single, Why, was more than up to the challenge, landing at number one. The music itself was interesting to me. When I think of music influenced by Country and Rock I think the old school genres, like Rockabilly and Rock ‘n Roll,  the concept of simple Country-Rock never occurred to me. The record itself is a solid start, with some fine performances all round.

He released the follow up record in mid 2007, again to commercial success. The singles that followed all landed in the top ten, with the record going Platinum before the end of the year. He has released five more records in the time since, prolific to say the least. Each record increased his popularity, though last years release has not quite sold as many copies as his previous ones.

The core of his income comes from record and single sales. All of his albums have gone at least Platinum, with the majority of them hitting multi platinum status. His single releases regularly hit the top ten, with the Title track Relentless being a rare exception. He has also gone on numerous tours, both as a supporting act and as the main event. e is currently in the middle of the ongoing They Don’t Know Tour. Social media income should not be ignored either, he current has 1.9 million followers on instagram, and it is likely that someone on his team is leveraging the potential income there. There is also the money made on music streaming services, like Spotify, while little it adds up. The same is true of his YouTube channel, operated by VEVO. He has nearly 1 million subscribers on there, and several of his hits have hit near 100 million views. It is likely that they are getting the higher rate of the ad revenue as well, so it is best to not ignore the impact that has on his net worth.

Going forward Aldean has plans to release a new album, his eighth, at some point in the new year. It is likely that a tour will follow the release.

Before hitting big Jason married Jessica Ann Ussery. The couple parted ways in 2012, due to reportedly inappropriate actions taken by Aldean with another woman. The divorce went through in April of the following year. Aldean began dating Brittany Kerr, the same woman with whom he canoodled with the year prior, and the pair were married in 2015. They are still together.

Does Jason Aldean have any children?

Jason Aldean has two daughters, Keely and Kendyl, to his first wife, and is soon to have a boy with his current wife.

Where is Jason Aldean from?

Jason Aldean is from Macon, Georgia. He spent his summers in Florida and hit the big time in Nashville.

Where does Jason Aldean live?


Jason Aldean lives on a 1,300 acre compound just outside Nashville. The home itself has a large outdoor pool, and what Jason calls a “Man Barn”. Inside is a bar, leather sofas and walls covered in the regalia of his favorite team, the Georgia Bulldogs. A life long fan, Jason Aldean also owns a bulldog called Athens.

What Philanthropic endeavors is Jason Aldean involved in?

Jason Aldean is involved with numerous charity organizations, including the GRAMMY foundation, Red Cross and Susan G. Komen for the Cure. At the end of his 2015 tour it is on record that he donated $600,000 to Komen. It is likely that most of is donations are not a matter of public record.

Where can I see Jason Aldean this year?

Jason is in the middle of his They Don’t Know Tour and has already appeared at a variety of venues up and down the country. Coming up up on August 10th is an appearance at the Oak Mountain Amphitheatre in Alabama. As stated, the tour is ongoing, so for the most up to date information you need to hit up his site. It has everything you might need.