Tom Hiddleston Net Worth – Updated for 2018 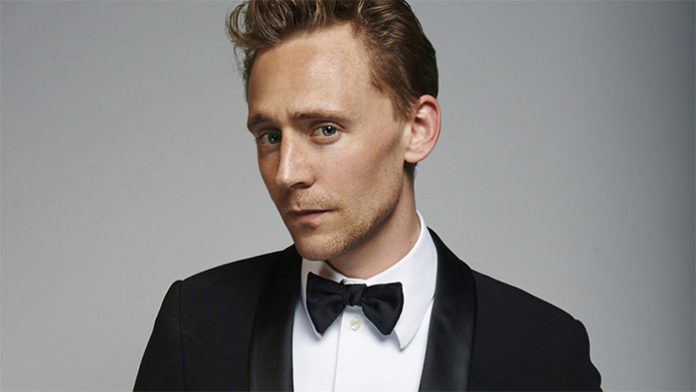 British actor Tom Hiddleston came to prominence after starring as Loki in the Marvel film, Thor (2011). From London, England, he got into acting while studying at the University of Cambridge, where he participated in several stage productions. At the age of twenty, the actor landed his first television role in The Life and Adventures of Nicholas Nickleby (2001).

Though he landed more work on the small screen, his main focus for the next seven years was on theatre. Throughout the 2000’s, he appeared in several productions including Cymbeline (2007), Othello (2008), and Ivanov (2008), the first of which earned him a Laurence Olivier Award for Best Newcomer. Ultimately, it wasn’t until 2011 that he made himself known on screen in the Marvel film, Thor.

Since then, he has starred in several other movies including The Avengers (2012), Thor: The Dark World (2013), and High Rise (2015). How wealthy is the 36-year-old star as of 2017? According to sources, Tom Hiddleston currently has an estimated net worth of $20 million. Where did most of this come from? For what is he paid the most for? Let’s find out.

How did Tom Hiddleston Make His Money & Wealth? 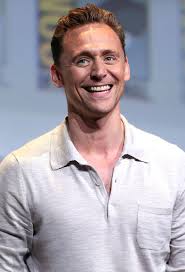 Born on February 9, 1981 in London, England, Tom Hiddleston grew up in Wimbledon with his two sisters, Emma and Sarah. After spending the first few years of his childhood there, his family moved to a village near Oxford where he went to Dragon Preparatory School. The son of a casting director, he was introduced to the world of theatre at a young age; thus, he had been hooked on the notion of drama ever since he was a boy.

After boarding at Eton College in his teens, Hiddleston went to the University of Cambridge where he first got involved with acting. During his years there, he participated in several productions including A Streetcar Named Desire. From there, he enrolled at the Royal Academy of Drama Arts to further hone his skills. Then at the age of twenty, the actor landed his first television role in the British series, The Life and Adventures of Nicholas Nickleby (2001).

More work on the small screen soon followed including Armadillo (2001), Conspiracy (2001), and The Gathering Storm (2002). Despite this however, Hiddleston’s main focus at the time was still on theatre. Continuing to appear on stage, he starred in several productions including The Changeling (2006), Cymbeline (2007), Othello (2008), and Ivanov (2008); his portrayal in Cymbeline later earned him a Laurence Oliver Award for Best Newcomer in a Play.

It wasn’t until 2011, over a decade after his television debut, that he first made himself known on the big screen. That year, Hiddleston starred as the primary antagonist in the superhero film, Thor. Directed by Kenneth Branagh, it revolved around a God named Thor, who finds himself banished to Earth after he reigniting a dormant war. While Chris Hemsworth portrayed the title character, the actor played as Loki, his adoptive brother and main nemesis of the film.

Released in theatres on May 6, 2011, Thor was a huge commercial success, having earned $25.5 million in ticket sales on its opening day. After making $65.7 million by the end of the first weekend, it went on to gross a total of $449.3 million worldwide. Despite being a box office hit, the movie didn’t actually yield Hiddleston that much. To put things into perspective, Chris Hemsworth was reportedly paid $200,000 for his role, and he played the main protagonist, Thor.

Still, the Marvel film was responsible for launching him into fame. For his portrayal of Loki, he also received an Empire Award for Best Male Newcomer.

The next year, Hiddleston returned to theatres in The Avengers (2012), another film based on the Marvel Comics. Screened on May 4, 2012, its ensemble cast also featured Robert Downey Jr., Mark Ruffalo, Chris Evans, Scarlett Johansson, and Chris Hemsworth. Met with critical acclaim, the movie earned over $207 million during its debut weekend, which effectively set a new opening record.

Featuring several superheroes from the Marvel universe, The Avengers followed Thor, Captain America, Iron Man, and the Hulk as they work together to stop Loki from conquering Earth. The first Marvel production to exceed $1 billion at the box office, it garnered Hiddleston several awards including an MTV Movie Award for Best Villain. For playing the film’s antagonist, he was reportedly paid a salary of $160,000.

His next big film appearance came shortly afterwards, in Thor: The Dark World (2013). A direct sequel to the 2011 movie, it came out in theatres on November 8, 2013. More successful than its predecessor, it topped the box office with an opening weekend gross of $85.7 million. Number one for two weekends, it eventually made a total of $644.6 million from a budget of $170 million.

Most recently, Hiddleston starred in the highly anticipated Kong: Skull Island, a reboot of the original King Kong movie from the 1930’s. Playing as the lead male character, he took on the role of James Conrad, a former British Special Air Service Captain who is recruited for an expedition to map out Skull Island, on which the mighty Kong lives. Well received, the movie ended up grossing $566.2 million worldwide.

In addition to his work on film, Hiddleston has appeared in dozens of television series over the years. In 2006, he was among the main cast in the black comedy, Suburban Shootout. Released on Channel 5, it starred the actor as the naive son of the main protagonist, Joyce Hazeldine (played by Amelia Bullmore). Despite the show being short lived, he was ultimately seen in ten of the fourteen episodes.

Most recently, he returned to the limelight for his contributions to the serial drama, The Night Manager (2017). Based on a novel of the same title by John le Career, it centred around a hotel manager who is recruited to infiltrate a secret arms trade. Not only did Hiddleston help to produce the series, but he also starred as the main lead, Jonathan Pine, the manager in question. Other members of the cast include Hugh Laurie, Tom Hollander, Olivia Colman and Tobias Menzies.

Premiered on February 21, 2016 on BBC One, its pilot episode drew over 10 million viewers. Incredibly popular, The Night Manager has since been nominated for 36 awards including three Golden Globes (one of which went to Hiddleston for Best  Actor), and two Emmy Awards. Hailed by The Sun as “one of the greatest series of all time”, its initial season ended in March 2016 after a six-episode run; as of 2017, a second series is currently in the works.

Though his focus has shifted away from theatre over the past few years, Hiddleston hasn’t completely left the stage just yet. Throughout the 2010’s, he participated in a handful of productions including The Children’s Monologues (2010), The Kingdom of Earth (2012), Coriolanus (2013), and most recently, Hamlet (2017).

Currently it is estimated that Tom Hiddleston has a net worth of $20 million. Revising our original question- “Where did he earn his money from?”, it would appear that most of his fortune stemmed from his work on several high profile films including the Marvel titles, Thor, The Avengers, and Thor: The Dark World. Still, we can’t dismiss the fact that he has several other endeavours going for him such as the award-winning serial drama, The Night Manager, which he both produced and starred in.

From what we can tell, Hiddleston is currently single. Most recently, he broke up with music star Taylor Swift in 2016. When asked about their relationship during an interview at a movie promo, he stated that “[he’d] rather not talk about [it].”

In the past, he’s also dated Kat Dennings, Jane Arthy, and Susannah Fielding.

Does Tom Hiddleston Have Any Children?

No, the actor does not have any children that we know of.

Did Tom Hiddleston Go to College?

Yes he did. After completing his education at Eton College (an independent boarding school), he studied at the University of Cambridge where he majored in classical studies. Ultimately, it was during his college days that he first got involved with theatre.

The actor currently resides in the Belsize Park neighbourhood of Northwest London. Unfortunately, we do not have any pictures or further details of his home.

What Kind of Car Does Tom Hiddleston Drive?

Information on Tom Hiddleston’s vehicle is unavailable at this time.

The UK ambassador of UNICEF, he is among one of the celebs (alongside Rachel Riley, Benedict Cumberbatch and E.L. James) to have signed and signed his own card for the Thomas Coram Foundation for Children, a UK-based charity; the card was eventually auctioned off on eBay.

At one point in 2013, he also travelled to Guinea to help raise awareness about malnutrition and hunger.

Hailed as one of the most influential people in the UK by Debrett’s, Hiddleston has appeared in well over 40 different TV and film productions over the past two decades. As mentioned earlier, he’s also active in theatre, having participated in Othello (2008), Ivanov (2008), The Kingdom of Earth (2012), and Hamlet (2017), to name a few.

How much Did Tom Hiddleston Make Last Year?

Unfortunately, we do not have Tom Hiddleston’s 2016 income available at this time.

This fall, the actor will once again be reprising his role as Loki in the superhero film, Thor: Ragnarok (2017), a sequel to the 2013 title, Thor: The Dark World. Currently in the post-production stages, it is slated for release on November 3, 2017.

As far as other endeavours go, he recently also played the title role in a production of Hamlet (2017) with the Royal Academy of Dramatic Art.