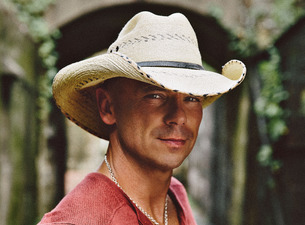 Even those who couldn’t care less about country music are familiar with the name Kenny Chesney. Although the music of Kenny Chesney is some of the first to come to mind when people think of stadium country music, he is one of the most original and accomplished figures of the genre. Chesney has released 15 albums since the start of his professional career in 1994, 14 of which have received at least a Gold certification by the RIAA. He has also produced 40 top 10 Billboard Hot Country singles, 29 of which peaked at number one.

Kenny Chesney is a country legend. Almost all of his albums top the country charts, his tours sell out, and he was won the Country Music Awards countless times. His tours regularly net millions of dollars. Chesney’s 2007 Flip-Flop Road tour was the highest grossing tour of that year.

How Did Kenny Chesney Earn his Money and Wealth?

Kenny Chesney was born on March 10th, 1968 in Knoxville, Tennessee. He had a modest middle class upbringing. His father David worked as an elementary school teacher, and his mother Karen was a hair stylist.

Although he always loved music growing up, Kenny Chesney did not get his first guitar until after he graduated high school. He made progress on the instrument very quickly. Chesney recorded a demo album in 1989 and was able to sell around 1,000 copies. After using the funds to buy a better guitar, Chesney joined a band to further hone his skill.

In 1990, Kenny Chesney graduated from East Tennessee University with a degree in marketing. He moved to Nashville shortly after graduating to pursue a career in music. Chesney was able to secure a position as a resident performer at The Turf.

After a few dedicated years of gigging, Kenny Chesney began to get noticed. A representative at BMI took notice of the young Chesney. After Chesney auditioned, the Opryland representative was ecstatic – he knew Chesney had what it took to make it big. After performing five songs, Kenny Chesney left with a songwriter’s contract with Opryland.

A year after signing to Opryland, Kenny Chesney scored a contract with Capricorn’s new country division after another successful audition. In 1994, he released his first album, In My Wildest Dreams. The album sold 10,000 copies, and two of its singles managed to reach the lower tiers of the Billboard Hot Country Singles chart.

Kenny Chesney signed with BNA records (a division of RCA) in 1995. He released the album All I Need to Know shortly after signing. The album’s title track and the single Fall in Love both charted in Top 10 positions. All I need to Know is credited by many for helping country music become mainstream. Listeners fell in love with Chesney’s heartfelt lyrics and traditional sound.

After releasing his third album Me and You, Chesney began to receive more mainstream acclaim. The album’s title track along with the single When I Close My Eyes both reached number 2 on the Billboard Hot Country chart. He also covered Mac McAnally’s song Back Where I Come From on the album, which he continues to play live today.

The next two albums Kenny Chesney released were I Will Stand and Everywhere We Go. The single “She’s Got it All” from I Will Stand was his first single that topped the charts. His song “She Thinks My Tractor’s Sexy” from Everywhere We Go did not reach the top 10, yet it remains a cult hit among fans of Chesney.

By the end of the 1990s, Kenny Chesney had established himself as a veteran in the country music scene. He released his Greatest Hits album in 1990, which included remastered versions of his most successful songs as well as four new singles. The release of a greatest hits album didn’t mean Chesney’s career was anywhere close to over, however. He released No Shoes, No Shirt, No Problems in 2002. The title of the album became a trademark slogan of Chesney, and its title track was successful as well. Chesney’s No Shoes, No Shirt, No Problems tour also pulled in a handsome figure. Fans of Kenny Chesney began to call themselves to No Shoes Nation.

After his No Shoes, No Shirt, No Problems tour, Kenny Chesney released All I Want For Christmas Is A Real Good Tan in 2003, When the Sun Goes Down in 2004, and both Be As You Are and The Road and the Radio in 2005. Four singles from The Road and the Radio peaked at number 1 on Billboard’s Hot Country Singles.

Chesney was honored with the prestigious Academy of Country Music’s Triple Crown Award in 2006. He played in the East Room at the White House in 2006 as well.

In 2006, Kenny Chesney released his first live album, Live: Live Those Songs Again. He released a second greatest hits album, Super Hits in 2007. He was named CMA Entertainer of the Year that same year. Chesney released Just Who I Am: Poets & Pirates later in 2007. In 2008 he released Lucky Old Sun, followed by Greatest Hits II. All of the albums had singles which reached number one spots on the charts.

The single “The Boys of Fall” from Kenny Chesney’s 2010 album Hemingway’s Whiskey was his 18th number one hit. The singles reality and Live a Little also reached number one. After releasing Welcome to The Fishbowl in 2012, Chesney signed to Columbia Nashville. Under Columbia he released the albums Life on a Rock in 2013 and The Big Revival in 2014. He released his latest album, Cosmic Hallelujah in 2016.

Kenny Chesney married his first wife, actress Renée Zellweger on May 9th, 2005. But after only four months of marriage, the pair annulled their marriage. Chesney partially blamed media scrutiny to the failure of the marriage, as well as personal differences. He has dated several other women since then.

Kenny Chesney’s millions have allowed him to amass an impressive portfolio of luxury real estate. In January 2010, Chesney purchased a massive $9.2 million dollar mansion in Franklin, Tennessee. The 11,000 square foot mansion has 5 bedrooms and 9 bathrooms. In 2012, he put a lavish estate on the island of St. John in the Virgin islands on the market for $7.9 million dollars. The singer purchased a beach house in Malibu for $5.2 million in 2016. He also owns several smaller properties throughout Nashville.

Staying true to his country roots, Kenny Chesney likes to drive trucks. He also owns a yacht, a 3.7 million dollar Riva Virtus. It was featured in the music video for his song “Come Over”.