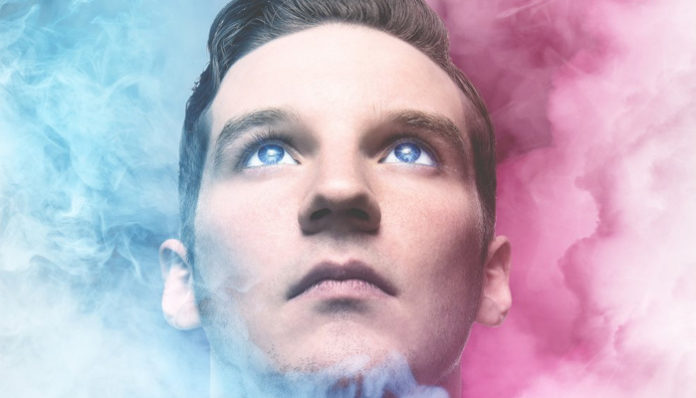 A former graphic design student, Witt Lowry broke into the rap scene with his debut mixtape, Headphone Hero in 2013. Unlike other rappers who had a head start, it wasn’t until he was in his twenties that he realized he wanted to pursue a music career. Picking out a stage name- interestingly from the dictionary, the Connecticut native got to work at the recording studio. After a period of honing his sound, he released his first project, Headphone Hero at the age of twenty one.

Then in 2013, the rapper followed up with his second mixtape, Kindest Regards. Known for his high energy and powerful rhymes, his presence in the hip hop scene has only grown over the past two years. Since then, Lowry has come out with several other titles including, Dreaming With Our Eyes Open, Kindest Regards, Wonder If You Wonder, and Piece of Mind 3, to name a few.

Today, the 26-year-old artist has close to one million fans around the world. How successful is he now? According to sources, he currently has an estimated net worth of $150,000. Where did he earn most of this from? Let’s take a closer look at his music career and find out.

How did Witt Lowry Make His Money & Wealth? 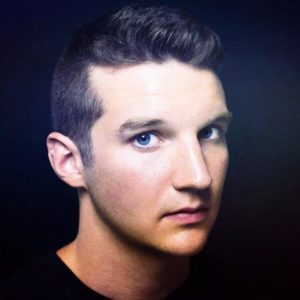 Born on February 28, 1991 in Connecticut, Witt Lowry (Real Name: Mark Richard, Jr.) grew up relatively poor. Due to the fact that his father struggled with alcoholism during his childhood, he was primarily raised by his mother- whom he shares an extremely close bond with. As a young boy, he moved around frequently; at one point, him and his mother lived together with his grandma, who reportedly was often verbally abusive. Though his father has since gotten sober, he still has mixed feelings about him to this day.

Unlike many rappers who began performing in their teens, it wasn’t until he had already graduated from high school that he first got into hip hop- “accidentally.” Following his graduation, he went to college but was unable to afford the living expenses necessary for staying on campus. Because of this, his only option was to drive to school everyday- despite it being a one hour communte. To pass the time, he often listened to instrumentals in his car, which he later started to rap to.

Having said that, it wasn’t until he entered a small talent competition with a few friends- initially as part of a joke, that he first embarked on a rap journey. To everyone’s amazement, Lowry ended up winning the contest after his buddies put the word out on Facebook for people to vote for him. Later graduating from Springfield College in Massachusetts with a Bachelor’s degree in graphic design, he found himself unable to land any work in the field- it was then that he decided to plunge into music, to pursue a full time career as a recording artist.

After some experimentation at the studio, Lowry dropped his debut mix tape titled, Headphone Hero in 2012. Produced by Jahlil Beats, TheSubherbz, IamGeniusBoy, and Rapitfly Beats among others, the project contained sixteen tracks including Made You Look, Don’t Forget Me, Piece of Mind, Jumbled Thoughts, They’re Saying, and Believe in Me, the last of which featured Kyla Benson. Though a mild success at best, the tape marks the starting point of his career.

Then a year later, he came out with his second mixtape, Kindest Regards. Featuring upgraded instrumentals, the mood of the tape fluctuated between several emotions including happiness and anger. Packed with sixteen titles, its production was handled by several individuals including B Lett, Jon Kilmer, Dan Haynes, TNGHT, and Spence Mills, and a couple of others- a few highlights from the tracklist include: Look Alive, Witt Lowry’s Voicemail, Wake Up, To Whom it May Concern Intro, Wasted Away, and Piece of Mind 2.

More successful than his first mixtape, one of its songs- Kindest Regards ended up gaining a fair bit of traction on the web. An official music video was later uploaded onto his Youtube channel in July 2014- as of August 2017, it has already been viewed close to 5 million times.

Following the two album releases, Lowry released a new single titled, Rescue. Produced by Dan Haynes, whom he’s worked with many times before, the song was made available as a digital download via iTunes on August 2, 2014. A solid effort, the official audio on Youtube has since been streamed more than 553,000 times.

Then on September 25, 2015, the artist dropped his first full length project, Dreaming With Our Eyes Open. A long-waited release, it came with eleven brand new tracks including Running From Here, Coupons, Tried to be Nice, Wonder if You Wonder, Piece of Mind 3, and Ladders. Written entirely by Lowry himself, it included a couple of guest appearances from Devvon Terrell and Trippz Michaud. A breakthrough for the rapper, it received much praise from critics upon its release.

The following fall, Lowry released yet another single titled, Numb. The first song from his 2017 project, I Could Not Plan This, an official music video for the track was posted online on December 19, 2016. A considerable hit, the MV has racked up over one million views as of August 2017.

Skip forward to this summer and the artist has delivered yet another new track titled, Blood in the Water. Released on July 31, 2017, the rap song mocked several rappers in a straight-forward fashion, much like his previous release. Lowry’s first collaboration with Joey Castellani and Cardiak, the audio has been played more than 656,000 times on Youtube.

Speaking of Youtube, it’s assumed that Lowry also makes some extra cash via his official channel. Since he first launched his account in April 2011, the twenty something has amassed close to 300K subscribers with close to 60 million lifetime views. As you’re probably already aware of I’m sure, Youtubers are able to earn some revenue by displaying Google ads on their videos. While the payout can be small (e.g. typically a few dollars per 1,000 monetized views), it can quickly add up given that you have the audience.

How much has the 26-year-old made from his Youtube channel so far? Assuming that he makes at least $2 per 1,000 ad views, our best guess (according to some simple calculations) is that he has earned more than $40,000 so far from his videos. As of August 2017, Lowry’s most popular upload- the music video for Like I Do has been viewed over 8.7 million times- that’s already a few thousand dollars in ad earnings!

Aside from his Youtube channel, and record sales, tours are another big money-maker for the rapper. Since his debut in 2012, Lowry has traveled and performed at many venues across the world. For instance last year, he hit the road for his 2016 concert tour which saw him performing at over 30 different cities in the United States. Prior to that, he had also gone on tour in 2015.

As far as upcoming shows go, fans will be happy to know that he will once again be hitting the road for his 2017 I Could Not Plan This Tour. According to the posted schedule, it will be kicking off at The Foundry in Philadelphia, Pennsylvania on October 10, 2017 and continuing until his final performance at the Gramercy Theatre in New York on November 21, 2017. For details on the exact dates and locations, please click here.

If you want to support his efforts in another way, you can purchase some of his official merchandise items over at his online store at teespring. From the looks of it, an array of hoodies are available between $39 and $40. You can visit the site at http://teespring.com/shopping/wittlowry.

As of 2017, Witt Lowry has an estimated net worth of $150,000. From all that we’ve discussed above, it’s probably fair to assume that he made most of this from a combination of record sales, Youtube earnings and concert tickets.

No, he is not married. Though his relationship status isn’t exactly clear, it’s known that he had a girlfriend in 2015 as he made mentions of her in an interview, though her identity has never been revealed.

Does Witt Lowry Have Any Children?

No, Witt Lowry does not have any children that we know of.

Did Witt Lowry Go to College?

Yes he did. After completing high school, Lowry studied graphic design at Springfield College, from which he later obtained his Bachelor’s degree. A late bloomer, it wasn’t until he finished school in his early twenties that he decided to go for a rap career.

Where Did Witt Lowry Get His Name From?

Real name- Mark Laurence Richard, Jr., the rapper’s current stage name is a combination of the word “Witty”, which he came across while looking through a dictionary (though he later decided to drop the “y” as it made it harder for others to search him up online) and a spin on his middle name, “Laurence.”

Where Does Witt Lowry Live? Pictures of Witt Lowry’s House

It’s currently unclear whether or not Witt Lowry is still residing in his hometown in Connecticut. We do not have any information or photos of the rapper’s home at this time.

What Kind of Car Does Witt Lowry Drive?

Unfortunately, we do not have any information on Witt Lowry’s vehicle at this time.

Since his debut in 2012, the 26-year-old artist has gained hundreds of thousands of fans worldwide. As mentioned earlier, he has already amassed close to 300,000 subscribers on Youtube as of August 2017.

An emerging emcee, Lowry has put forth several titles throughout the past few years- some highlights include Dreaming With Our Eyes Open, Let Me Know, and Blood in the Water. Over the years, he has also had the chance to work with several other artists including Tori Solkowski, Devvon Terrell, Cam Meekins, YONAS, among others.

This fall, the rapper will be dropping a new album titled, I Could Not Plan This. Originally announced on July 25, 2017, it is currently slated to be released on September 22, 2017. As mentioned earlier, he will also be hitting the road for his I Could Not Plan This concert tour, in support of the album.