Young Lyric Net Worth 2018 – How Wealthy is the Rapper Now? 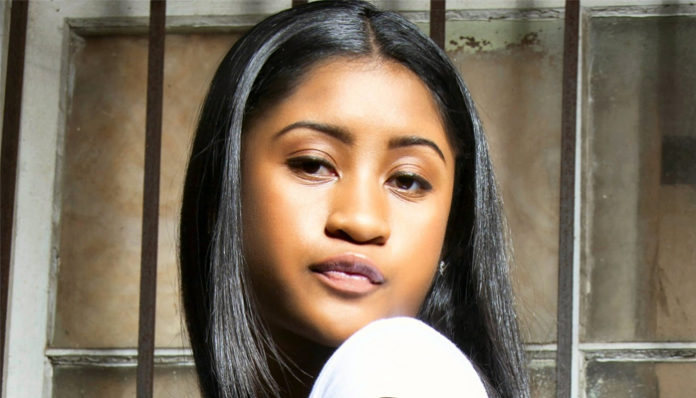 A rising star in the hip hop scene, Young Lyric originally gained a following after posting some of her songs onto Youtube. Hailing from Houston, Texas, the teen has been performing music ever since she was seven years old. Also known as “Hip Hop Princess”, she draws inspiration from several well known artists including Nicki Minaj and Beyonce. Though she hasn’t signed with a major label yet, her talent in rap and songwriting is undeniable.

In 2015, Young Lyric released her debut album titled, H.G.I.C. (Head Girl in Charge). Since then, she has come out with well over a dozen tracks including U Got Dragged, Won’t Ever Lose, I Know U Know, That’s All Folks, and Already Finished. Not only that, but the teen has also dropped two additional albums, Princess and Boss Moves in 2016 and 2017 respectively. Most recently this summer, she released 150K– a single that’s already racked up tens of thousands of streams online.

How successful is the young artist? Better yet, how wealthy is she? According to sources, Young Lyric currently has a net worth of $150,000. What are some of her greatest money-making projects so far? How many things does the Houston-native have going for her? Let’s find out below.

How did Young Lyric Make Her Money & Wealth? 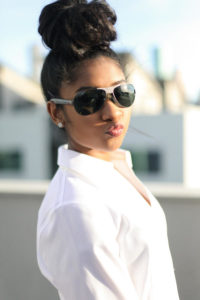 Born on July 30, 2000, Young Lyric (Real Name: Lyric Michell Ragston) fell for performing at an early age- in particular dancing and singing. Encouraged by her father, who is an aspiring musician himself, she recorded her first song at the tender age of seven; later that same year, she performed it in front of her entire school. From there, it quickly became apparent that she had a natural talent for singing.

As she got older, Young Lyric began writing own rhymes on the side as a hobby- though she enjoyed the process, she never felt the need to take it seriously. Then one day, her and her friends decided to record a video of themselves to her remix of Young Jeezy’s Lose My Mind, which they later uploaded to Youtube. Though they initially planned on sharing it just with classmates, it quickly went viral  on the web having garnered millions of views within a matter of days.

As it happened, the video drew immense attention to Young Lyric, who had recorded the remix herself. Before long, she had captured the attention of not just radio stations, but music labels from around the world. Some of her other early videos on Youtube include Young Lyric Hello Good Mornin Remix, Young Lyric aka Lyrikkal Christmas in H-Town, Lyrikkal Massive Attack Freestyle, and Lyrikka’s Revenge, although none of them had managed to replicate the same level of success as before.

Eventually through Bad Akktor Records, Young Lyric garnered a decent amount of attention with the single, #2Fresh2Fly. Penned entirely by herself, the track was made available online on May 15, 2014. That same day, an official music video was posted onto her Youtube channel, one directed by GT. A decent hit, it went on to garner over a thousand views within a few days time; as of August 2017, the MV has been streamed more than 93,000 times on the site.

From there, the eventually released her debut album titled, H.G.I.C. on January 9, 2015. Her first full length project, it boasted twelve brand new tracks including Youngest in the Game, Turn Ur Swag Up, That’s All Folks, From the Bottom, and Hard in the Paint. Well received, it further boosted her popularity to a new level. Today, the album is available for purchase on multiple platforms including Spotify, Amazon, and the iTunes store. Needless to say, it proved to be a worthy endeavor the young rapper.

Then on October 20, 2015, Young Lyric came out with the single, Fresh on the Scene. Produced by Chris N Teeb, the song was taken from her upcoming album at the time, Princess. Another solid effort from the teen, it has since racked up over 14,000 streams on her official Soundcloud account. On top of that, its official music video- shot in Los Angeles by Get Bent Music, has also been viewed more than 94,000 times on Youtube as of August 2017.

A few months later, she released the single, Spozed 2 on January 11, 2016. Produced by Chris N Teeb whom she’s collaborated with before, the song quickly garnered thousands of hits on the web- in particularly on her Soundcloud account. Though a music video was not produced for the track, an official lyric video was eventually uploaded onto Youtube.

Not long afterwards, her second studio album, Princess was released on February 1, 2016. Similar to her previous title, the project boasted eleven tracks including Won’t Ever Lose, Already Finished, Different, Drop it Down, and I Know U Know. An overall success, it garnered praises from fans around the world.

That summer, Young Lyric dropped another single titled, Yahh! on May 31, 2016. Written entirely by the artist herself, the song immediately caught the attention of fans who have since streamed it over 189,000 times on Soundcloud. A month after its release, an official music video surfaced on her official Youtube channel, one that features her dancing and rapping in what appears to be a high school hallway. As of August 2017, the MV has received over 273,000 views.

Continuing with her momentum, the teen later released the single, U Got Dragged on January 31, 2017. A solid addition to her resume, it has since been listened to over 545,000 times on Soundcloud. Easily one of her most popular songs to date, its official music video has since been viewed more than 4.4 million times on Youtube!

Then on April 2, 2017, Young Lyric released her third album, Boss Moves. Written mostly by herself, it featured a number of guest appearances from DJ Xo, Just Brittany, Taz, and J. Rag- some highlights from the track list include: New Wave, Where is the Money at?, On My Own, Let U Know, U Got Dragged, and One Day.

Obviously, the 17-year-old would have yielded some earnings from the above releases. On top of that however, she has a few other sources of income one of which includes concert performances. Like most artists, Young Lyric has hit the stage plenty of times since her debut (naturally, she’d earn herself a paycheck for each show). So far this year, she has performed four shows at The Greenroom at Warehouse Live, Johnny Dang & Co, The Studio at Warehouse Live and the Akron Civic Theatre.

If you’re interested in seeing her perform live, you’ll be glad to know that she has a couple of concerts planned for later this fall in Houston, Texas. For more information on the venues and dates, be sure to check out her official website.

Besides that, Young Lyric also has a Youtube channel from which she presumably earns a decent amount on the side. Since it was first launched in October 2010, she has amassed over 166,000 subscribers with close to 30 million lifetime views. As you’re probably already aware of I’m sure, Youtubers are able to make money by displaying Google ads on their videos. Though the exact payout depends on a variety of different factors (e.g. location, audience, content), it typically goes upwards of $5 per 1,000 ad views.

How much has Young Lyric yielded from her Youtube channel so far? Considering the fact that she’s accumulated 28.8 million views, a few simple calculations tell us that she would have easily made over $20,000 by now. Currently, her most popular upload- U Got Dragged has been viewed over 4.4 million times- that in itself would easily translate to a few thousand dollars in earnings!

Aside from her personal Youtube account, the rapper also has a Vevo channel on which she currently has close to 60,000 subscribers with more than 5.2 million views.

In 2016, the teen also took part in the Lifetime reality TV series, The Rap Game. One of the contestants of the first season, she was joined by Lil Niqo, Miss Mulatto, Lil’ Poopy, and Supa Peach. In total, she had appeared in all eight episodes.

Going back to what we’ve said earlier, Young Lyric currently has an estimated net worth of $150,000. Where did she make this amount from, you ask? Drawing from everything that we’ve mentioned above, it seems clear that the majority of her earnings come from her record sales and ad revenue from Youtube.

No, Young Lyric is not married. From what we can tell however, she is currently in a relationship. Having said that, not much is known about her boyfriend at this time.

Does Young Lyric Have Any Children?

No, the 17-year-old rapper does not have any children that we know of.

Did Young Lyric Go to College?

At just seventeen years old, Young Lyric is presumably still in high school. At this time, it’s unknown whether or not she plans on continuing with college after graduating.

Where Did Young Lyric Get Her Name From?

Though she hasn’t officially talked about her stage name, it’s most likely derived from her given name, Lyric.

Aside from being known as Young Lyric, the rapper also goes by the name Lyrikkal- which is presumably, also derived from her given name.

Young Lyric currently resides in her hometown of Houston, Texas. Considering the fact that she’s still a minor, she most likely still lives with her parents at home. We do not have any pictures of her house at this time.

What Kind of Car Does Young Lyric Drive?

Information on Young Lyric’s vehicle is unavailable at this time.

At just seventeen years old, Young Lyric has well over a dozen different titles to her name- including her albums, Princess, H.G.I.C., and Boss Moves. Quickly rising in fame, some of the rapper’s most popular songs include U Got Dragged, U Already Know It, On Fleek, Won’t Ever Lose, and Young & Fly.

On top of that, she’s also had the chance to collaborate with other artists such as J. Rag, Zag Hilfiger, Taylor McCants, DJ XO, and Ace Bandz.

How Much Did Young Lyric Make Last Year?

We do not have information on Young Lyric’s 2016 earnings at this time.