Sarah Chalke Net Worth 2018 – How Wealthy Is She Really? 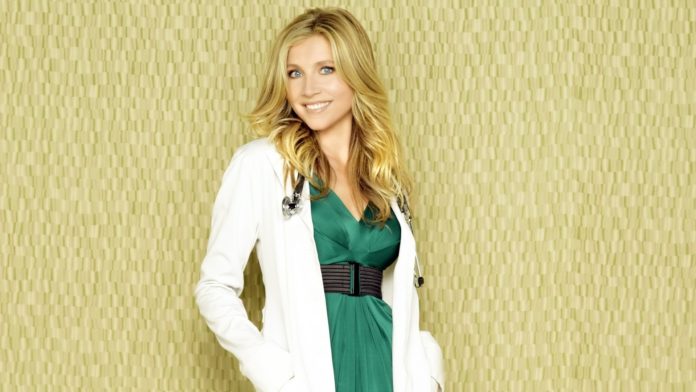 I had no idea that Sarah Chalke was in Roseanne until very recently. Weird that she took over for an established character, but still, it was a welcome surprise to see the actor before her Scrubs fame. She has made a fortune since her time of Roseanne, but even then she made a fair chunk of wealth on the blue collar sitcom. She was the second actor to play Becky Conner on the show, but Scrubs is probably what she is best known for, though with the rising popularity of Rick and Morty that might be changing, she plays Beth Smith, Rick’s daughter and Morty’s mother, on the show, and her performance is wonderful. A solid performer, she has rarely been off our screens since the mid nineties, which makes her wealth a little harder to pin down, but we’ll give it the old college try.

So let’s take a brief look at her career, see where she made her money, and what she might be doing going forward.

How Did Sarah Chalke Make Her Money & Wealth? 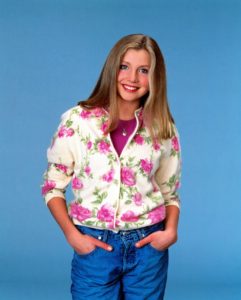 Sarah Chalke was born on August 27th 1976 to Douglas and Angela Chalke. Her mother is fro Rostock Germany, and as a child Sarah attended a German school twice week. As a result she is fluent in the language, and speaks passable French as well. English is still very much her first language though. She was born in Ontario, but grew up in British Columbia. She started acting at a young age, appearing in local musicals at age 8, and by the time she was 12 she was on TV. Granted, it was local TV, on Kidzone in Vancouver, but it was TV work nonetheless.

She took over the role of Becky Conners on Roseanne in 1993, for a while at the very least, as Goranson, the original actor, returned eventually, then left eventually, allowing Sarah to take on he role a second time. The fact that there are two different actors for the character makes it a little difficult to estimate the money she made for the show, she played her for seasons 6, 7, and 9. In the eighth season she was getting around $85,000 per episode, and while I cannot find figures for the priors, or the latter’s, we can assume that figure was lower for previous seasons and higher for season 9.

Both during and after Roseanne Chalke made numerous appearances in film and other TV shows. She was not a principle cast member, which gave her a lot more free time than her co-stars, and she used that time well, growing her fame, and making a name for herself in the business. three years after Roseanne ended she landed the role of Dr Elliot Reed on Scrubs, where she would appear in 171 of 182 episodes as one of the shows stars. I love the show, one of my favorites growing up and I still go back every so often. Her talent for languages was integrated into the character of Elliot.

Her salary on the show is not known, but there are a few leaks out there, with Braff earning $350,000 per episode, Faison getting $75,000 per and an unknown name getting $150-200,000 per, likely Johnny C. Sarah was likely in the other camp that was leaked, between $75- 125,000 per episode, though I would lean to the higher figure depending on the season we are talking about. Whatever the actual figure it is a tidy sum.

Post Scrubs Chalke has shown up all over the place, with bit roles in a umber of shows, and recurring characters roles in others. She had a good run on How I met Your Mother, as Dr Stella Zinman, and is currently co-starring in Rick and Morty, playing the Daughter and mother of the title characters. The problem is that her salary for most of these roles is not public knowledge, and while actors do get paid in the thousands for TV work, it is not in the hundreds of so. I thought the made more than what they do to be honest. Films pay more, and she has been appearing in a few, but not enough to justify much higher an estimated net worth. Most of her TV roles are in animation as well, which has an even lower pay packet. She is set to appear in the forthcoming revival of Roseanne, but she will not be playing Becky Conner, as the original actor is returning to the role, she is playing an unannounced role.

So there we are, a combination of the fact that acting pays well, but less well than most fol think, and the fact that she has been consistently working since 1992 adds up, gives us a nice picture of where she made her money. Going forward we can expect to see more Rick and Morty, a hundred years or so, and more voice over work from Sarah Chalke, and of course the Roseanne revival in the middle of next year.

Probably. I cannot find concrete information on this. She is either engaged to, or married to, Jamie Afifi. He is a lawyer and they have two children. There are pictures of the couple in what look like wedding attire, so I have to assume that they did get married. Their son, Charlie Rhodes Afifi, was diagnosed with Kawasaki’s disease. They also have a daughter, born in spring of 2016, she is called Frankie.

Where is Sarah Chalke from?

She is Canadian. Born in Ottawa, Ontario, but grew up in Vancouver British Columbia. She currently holds dual citizenship, American and Canadian.

Is Sarah Chalke a polyglot?

Yeah, she is. Sarah Chalke’s mother is German, born in Rostock, and taught her German from a young age. She attended schools in German twice a week in Vancouver, and learned French to a little above a conversational level. We may be splitting hairs here, but three languages counts as a polyglot to me.

What kind of Philanthropy is Sarah Chalke involved in?

Sarah Chalke has donated to many different organizations over the years, and been an active participant in a number of initiatives. Her primary philanthropic interests are breast cancer, both her Aunt and her grandmother died of the disease, and marriage equality, both worthy concerns.