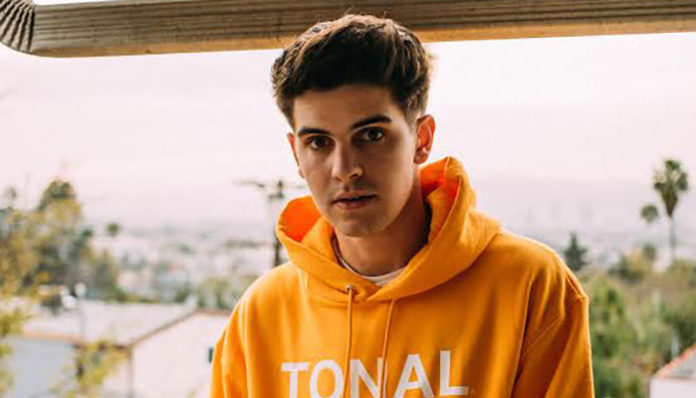 Based in Los Angeles, Johnny Yukon first started to make waves in 2015 with his beat-heavy jams on Soundcloud. As his presence grew online, he began to capture attention from various music labels. Eventually deciding on Atlantic Records, the twenty something dropped a series of singles including Laptop, which was produced by none other than Canadian rapper Drake. Some of his other initial works include the titles Malibu Feels and Paper.

Today, his catalog has grown to include over a dozen different titles- many of which are collaborations with other artists. For instance, Johnny has already had the chance to work with G-Eazy, Ye Ali, GoldLink, and Burns. A rising emcee, he has been putting out new records on a constant basis since his debut too long ago. Most recently this summer, the 21-year-old dropped his latest single, Snooze.

If anything, his popularity has been on an incline over the past two years. How much has he earned from his endeavors? According to sources, Johnny Yukon currently has an estimated net worth of $200,000. Where did the bulk of such an amount come from? Let’s delve a little deeper into his career and find out.

How did Johnny Yukon Make His Money & Wealth? 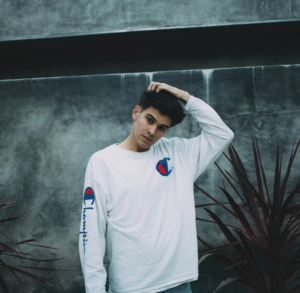 Born and raised in Warrington, Pennsylvania, Johnny Yukon has been involved with hip hop ever since his early teens. Unfortunately, not much is known about his early life as he’s never been one to talk much about his childhood. Shortly after completing high school, he started to spend more time experimenting with songwriting in his make-shift home studio. By 2015, he was uploading his works, a series of bass-heavy, pop jams onto Soundcloud. For reasons unknown however, he has since deleted said tracks from said page.

Like most newcomers, it took a while for Johnny’s beats to draw attention on the web. As he continued to upload new songs however, his profile gradually began to increase on the site. Before long, his tracks were garnering a few hundred, then a few thousand of streams each. As more and more people discovered his work, his following on Soundcloud went up- by 2016, he had already amassed well over a thousand fans on the audio-streaming platform. To his amazement, his increased internet profile eventually caught the attention of various record labels who were interested in signing him as one of their artists.

After shopping around, he decided to go with Atlantic Records. Even prior to his major label debut however, Johnny had a chance to work with gnash on his hit song, Home. Contributing guest vocals to the track, it became his first professional release as an artist. A huge hit, it undoubtedly garnered the newcomer some degree of attention- just its official music video alone on Youtube has already been viewed over 19 million times! Co-written by the two, the single has since been streamed over 650,000 times on Soundcloud.

Then in early 2017, Johnny released his first single titled, Laptop. Produced by Frank Dukes, the same man who has also worked with the likes of Future, Drank, and Jeremih, the track was uploaded onto Soundcloud shortly afterwards. Thanks partly to the increased exposure that he had released from Home, it proved to be a relative hit upon its release online. Met with positive reviewers, it quickly racked up the streams on the site- as of August 2017, it has been listened to over 264,000 times. An official music video released around the same time has since also been viewed over 121,000 times on Youtube.

Following his initial success, the rapper dropped his second single, Paper on March 3, 2017. Produced by the artist himself, it quickly proved to be more successful than its predecessor, having garnered thousands upon thousands of plays within just a few days. Written entirely by Johnny, his second effort has since received more than 452,000 streams on Soundcloud- close to double that of his debut title. Having said that, its music video has only received a little over 2,000 views on Youtube so far.

His third single, Malibu Feels was released on March 10, 2017. Produced by Johnny with help from Daniel D’artiste, the title garnered a considerable amount of praise from fans upon being uploaded online. To date, the song has been streamed over 562,000 times on Soundcloud- a telling sign of the rapper’s rising popularity. Though it didn’t come with a music video like his earlier releases, an official audio was later uploaded onto the artist’s Youtube channel- one that has since garnered close to 2,000 views.

Then on April 7, 2017, he came out with his next song, Roll Up. A solid follow up to his earlier title, its production was handled by Tru, Herb, and Johnny himself. Made available for streaming on multiple sites, the track has racked up over 40,000 streams on Soundcloud as of August 2017. Interestingly enough, Roll Up became the first single not to be uploaded onto the artist’s official Youtube channel.

Most recently, Johnny dropped his latest single, Snooze on June 16, 2017. Produced by himself, with additional help from Herb whom he’s worked with before, it has already been listened to over 112,000 times on Soundcloud. Accompanied by an official audio on Youtube, the song has already been streamed more than 130,000 times combined on the two platforms.

Aside from the above singles that he’s come out with over the past few months, Johnny has also lent his vocals to a few other tracks as a featured artist. For instance, he teamed up with G-Eazy on the hit song, Eyes Closed earlier this May. Some of the other collabs that he’s recorded this year include Far Gone (Feat. Johnny Yukon) by Burns, and Mixing (Feat. Johnny Yukon) by Ye Ali.

As it is with most artists, record sales aren’t the only thing that feeds his bank account. For instance, Johnny has hit the stage multiple times since his debut- he’d presumably earn a fixed fee for each performance that he gives. Though he hasn’t put on any concerts so far this year, he did hit up the Los Globos and Imperial Art Studios in Los Angeles, California last year in March and April respectively. Considering how fast his popularity is rising, it wouldn’t be surprising if he were to announce a concert tour sometime in the near future.

Though not as major, Johnny’s Youtube channel is another source of revenue for the rapper. Since he first launched his page, the twenty one year old has amassed close to 2,000 subscribers with more than 147,000 lifetime views. Assuming that he’s part of Google’s partnership program, he’d be able to earn some money on the side by displaying advertisements on his videos. On average, the pay ranges from $2 to $5 per 1,000 ad views, depending on the user’s content, location, and audience, among other factors.

Given that he is paid at least $2 per 1,000 ad views, he would have easily already made over a hundred dollars from his videos so far. As of August 2017, his most popular upload- the official MV for Laptop has been viewed over 121,000 times. If he were to continue to post new material onto his channel, his subscriber count would likely rise; with that, his ad earnings would also, likely go up as well.

Aside from working on his own music, Johnny has also helped other artists with songwriting and music producing. For example just this August, he helped pen some songs for Bantu for his latest six-track extended play, Complicated. On top of that, he also helped to write five of the fourteen tracks on the Fate of the Furious soundtrack.

Reiterating what we’ve said earlier, Johnny Yukon currently has an estimated net worth of $200,000. Drawing from what’s been discussed above, it’s clear that he made this amount through a combination of his record sales, concert performances, and other sources such as ad earnings from his Youtube channel.

With all that the 21-year-old has going for him, it’s hard to imagine his career not taking off further over the next little while. If anything, his popularity will continue to grow as his fan base develops further.

No, from what we can tell the Los Angeles-based artist is not married. In fact, his relationship status is currently unknown as not much about his personal life has been revealed to the public.

Does Johnny Yukon Have Any Children?

No, Johnny Yukon does not have any children that we know of.

Did Johnny Yukon Go to College?

From what we can tell, the rapper has not gone to college. Having said that, that’s only an assumption as nothing about his education history has ever been revealed to fans.

Is Johnny Yukon his Real Name?

For now, it’s assumed that Johnny Yukon is his real name. If it is indeed a moniker, he has not yet the meaning behind it.

Originally from the township of Warrington in Pennsylvania, Johnny Yukon has since moved to the country’s entertainment capital of Los Angeles to pursue his music career. Unfortunately, that’s about all we know regarding his location as he’s always been tight lipped about personal affairs.

We do not have any pictures of Johnny Yukon’s house to share at this time.

What Kind of Car Does Johnny Yukon Drive?

We do not have any information on Johnny Yukon’s vehicle at this time.

From a hobbyist posting on Soundcloud to a professional recording artist, the 21-year-old has come a long way over the past couple of years. Since he signed with Atlantic Records, Johnny has released a number of singles including Paper, Laptop, Roll Up, Malibu Feels, and Snooze, most of which are well received by fans.

A rising emcee, he has also had the opportunity to work with a few stars from the hip hop scene including G-Eazy, Jeremih, Wiz Khalifa, Lil Wayne, and Leon Bridges, among others.

How Much Did Johnny Yukon Make Last Year?

As mentioned earlier, he recently released his latest single, Snooze this summer on June 16, 2017. Prior to that, he had dropped Roll Up in April.

As far as upcoming projects go, word has it that Johnny is currently working on his first full-length project- possibly an album?. Having said that, he has not yet revealed any details about the project. We’ll just have to wait and see.