What Happened to Glenn Quinn – What is He Up to Now? 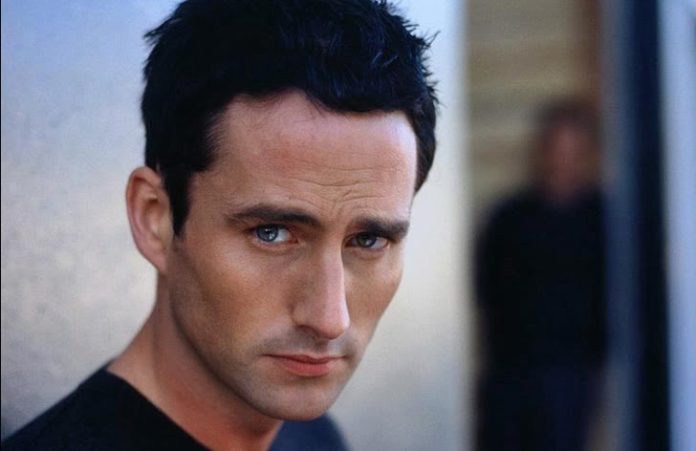 There are spoilers for the show Angel in this article. You have been warned.

I remember watching Buffy The Vampire Slayer a lot when I was growing up. I still go back and watch it every few years, still one of the best put together shows ever made, but less accolades are draped over the sister show Angel. A real shame, as the setting and tone were wonderful, the core conceit of a vampire in The City of Flowers and Sunshine was wonderful, and the day one cast, while not as great as the later seasons, had great chemistry. Joss also got to do that thing he’s wanted to do since way before Buffy, kill off a credited star of the show before the end of the first season. He tried to do it with Jessie in season 1 of Buffy, but the studio wouldn’t let him, but he did get to do it on Angel with the character Doyle. A shame to my mind, as Glenn Quinn put in a hell of a performance, and for me growing up as a young Irish person, it was nice to hear a familiar accent on an American show. While Quinn was amazing on screen it wouldn’t last, behind the scenes he was a mess of anger issues and drug use, and the plan to kill him off, which had been up in the air for a bit, went forward. Glenn Quinn never really saw much work after that, and in 2002 he died of a drug overdose at the home of a friend.

The fact that he died answers the core question, but let’s use this space to take a look at his life, see where he came from.

Glenn Quinn was born in Dublin, Ireland, on My 28th 1970. He spent his childhood visiting Aunts and Uncles in the States, but his family settled in Cabinteely, County Dublin, by the time he was a teen. He was interested in acting at a young age, but first focused on making music. he played drums in a band, alongside his brothers, and did get some local airplay. It never amounted to much more than that, and he started appearing in local plays by his late teens. He attended Clonkeen College, and in 1988 he and his mother moved to Long Beach, California. 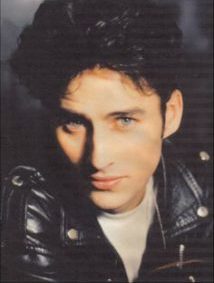 Quinn immediately jumped into the world of acting, and was soon appearing in commercials. He appeared in ads for Pepsi and Ray-Bans, as well as the music video for Satisfied by Richard Marx. I would not recommend looking up that song, it is terrible, and you barely see Quinn in it anyway. His first speaking role was in the pilot episode for Beverly Hills 90210, after having auditioned for Brandon Walsh and Steve Sanders. His role was cut down, and he barely appears, but it got his foot in the door, and that is all you really need. In 1990 he landed a small role in a film, Shout, starring John Travolta, and landed the role of Mark Healy in Roseanne. He appeared in 74 episodes of Roseanne between 1990 and 1997, making him more a regular than a co-star, but it was good steady money.

His position on Roseanne allowed him to spread out a little, get a few roles on the side, and a look at his bookings from 1990 to 1997 shows that there was some demand for him, with 3 film credits and 5 television shows in the US. It seems that around this time he started using drugs, but it was early days, it didn’t affect him day to day, and he had the money. He bought a house, bought a stake in a local club and just lived the life. By the time Roseanne ended his behavior became more erratic, and the local work began to dry up. He appeared in the RTE soap Fair City a few times between 1997 and his death in 2002, that’s an Irish TV station, and the show is god awful. He did some voice over work for games after Roseanne, most notably X-Wing Vs Tie-Fighter, which is wonderful, and Outlaw, which is less so, but it was the first FPS to have a working sniper rifle, beating out Rare’s Goldeneye by a few months.

Post Roseanne his most high profile role was as Doyle in the Buffy spin-off Angel. I love the show, and it is where I known Glenn Quinn from. He put in a damn fine performance, and I honestly didn’t see his death coming. While in front of the camera he was amazing, but behind the scenes things were not going very well for Glenn Quinn. His drug use became a major problem, and he was butting heads with Angel star David Boreanaz. Fan response to the character was positive, and the original plan, to kill him off before seasons end, was on hold for a time, but his erratic behavior and drug use pushed the plan forward.

After Angel the work dried up. He had a minor role in a TV movie and a minor role in a film, called R.S.V.P. Haven’t watched it, but I may well end up doing so, as Jonathan Banks and Grace Zabriskie are both in it, such a weird combo.

Glenn Quinn died on December 3rd 2002 of a heroin overdose. His life leading up to then was less than ideal. His drug use cost him work, it cost him his home and it cost him the stake in a club. He was bought out by the other owners after repeatedly asking customers for money, begging in his own bar. He did try rehab, Wavelengths in Malibu, but was kicked out. He crashed on friends couches for a few months, and in December was his buddy Dwayne’s turn to house him. He O.D.ed and was found a day or so later.

The whole thing is a shame, but the biggest issue from my perspective is that fact that in situations like this there is very little that we can do from the outside. We all know people that need help, and we all, I hope, are doing what we can to help them, but at the end of the day some people just don’t want it, don’t feel they deserve it, and sink so deep that no amount of shoulders can help carry them.