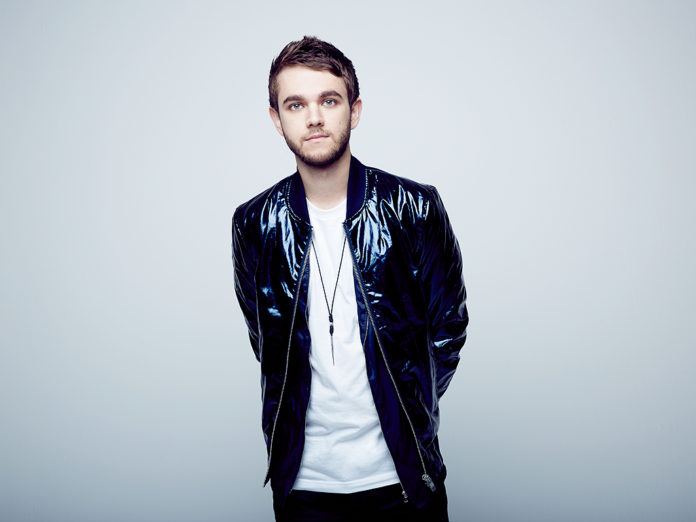 Electronic Dance Music (EDM) is a musical genre that was originally inspired by disco dance, electro funk, hip-ho, and various other music styles in the 80s. DJs and radio jocks from around the world began modifying these popular songs by editing in stronger electronic instrumentation and thus was the beginning of the house music sound. Originally this type of music was played primarily in dance clubs, but the genre has transformed over the years. It is now a more wide-spread style that is recorded to be a multi-billion dollar industry. This includes the sales of EDM music, events, and the necessary DJ equipment required to produce this kind of music.

With the ever growing popularity of this genre, DJs have been able to make a better living off of their art. Some examples of said artists include deadmau5, Calvin Harris, and Diplo. However, the artist being discussed in this particular artist is Anton Zaslavski, better known by his stage name Zedd. He is a famously recognized German DJ, songwriter, and music producer. Other popular artists such as Selena Gomez, Foxes, and Alessia Cara have worked closely with him on projects before, but how much does this DJ actually make?

How Did Zedd Attain His Money and Wealth? 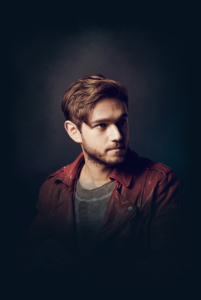 Born in Saratov, Russia and raised in Kaiserslautern, Germany, Anton was exposed to music at a very young age. Both of his parents were musicians. His father a guitarist and his mother a pianist. While growing up, Anton learned first how to play the piano and picked up the drums a few years later. Determined to pursue a career in music, he was signed Lifeforce Records and performed in the band Dioramic. Dioramic was a deathcore band, which is a very different sound from what Anton was interested in. However, it wasn’t until after he heard music from some French electronic musicians that he decided to branch out.

Anton adopted the stage name “Zedd” in 2010 after he left Dioramic. His primary focus at the time was remixing top hits by popular musicians at the time. Some artists whose songs he edited include Lady Gaga, Justin Bieber, and The Black Eyed Peas. During that same year he won two Beatport awards for his remixes. Additionally, Zedd’s first original track entitled “The Anthem” made it to the top 20 Beatport Electro chart.

After Zedd continued to impress the music industry with his talent for electronic music production, he was signed to Interscope Recrods by 2012. He debuted his first single with the label entitled “Spectrum”, which later became the lead single from his album Clarity that was released in October of that year. Zedd’s biggest hit from this album was “Clarity”, which was performed by the artist Foxes. This single quickly made it to the Top 10 of Billboard’s Hot 100. Additionally, it became the most played song on American radio and was later certified platinum for selling well over 2 million copies.

Now with his name and sound being recognized all across the world, Zedd continued to work with some of the hottest artists of the time. In 2013 he produced the songs “G.U.Y.”, “Aura” and “Donatella” for Lady Gaga’s Artpop album and released his own single “Stay the Night” featuring vocals from Paramore’s Hayley Williams. This particular single was almost as popular as “Clarity”. It also achieved platinum status, but only made it to the top 20 on Billboard’s Hot 100. However, after he produced the song “Break Free” with Ariana Grande, the song was nominated for a Teen Choice Award.

The year 2013 was definitely a very busy one for Zedd. On top of all his musical productions that were released that year, he also kicked off his Moment of Clarity world tour. During this tour, Zedd traveled to and performed in 5 different continents through the months of August to December. While on tour, his experience and shows were documented and later released through his Youtube channel in December of 2014.

Once his tour ended, Zedd took a six month hiatus from the spotlight. During that time, he worked towards completing his second album True Colors, which he announced only after he had finished it in its entirety. In 2015, Zedd released three different singles, the first of which was his most popular. “I Want You to Know” featuring Selena Gomez was nominated for the “Choice Party Song” at the Teen Choice Awards and made it onto the Billboard Hot 100. This single also became a platinum single for selling over one million copies. Then he released the singles “Beautiful Now” with Jon Bellion and “Papercut” with Troye Sivan. These singles didn’t receive as much recognition, but the album True Colors itself was the #1 on Billboard’s Dance/Electronic Albums chart.

During 2015, Zedd made a handful of appearances at different music festivals. He headlined for the first day of the Spring Awakening Festival and the Counter Point Music and Arts festival in May. After those performances, he kicked off his True Colors tour in August. The tour ended ended in November after he performed shows in North American, European, and Asian cities.

For the year 2016, Zedd produced more music with Aloe Blacc and Hailee Steinfeld, but it was a relatively quiet year for him. Then in 2017 he organized a benefit concert for the American Civil Liberties Union in protest of President Donald Trump’s order to temporarily ban Syrian refugees and citizens from Muslim-majority countries from entering the United States. This concert featured performances from Zedd himself, Halsey, Daya, Macklemore, and Skrillex.

Who is Zedd Dating?

As of right now, it doesn’t appear as if Zedd is dating anyone. Since the beginning of his 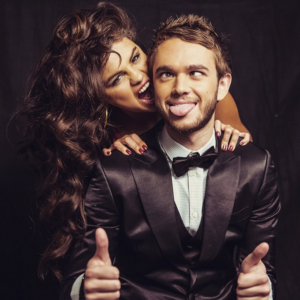 career he has kept a relatively low profile. However, there was a brief period in which it was speculated that he and Selena Gomez shared a brief romance together. Neither artist confirmed or denied the relationship while they were actually together, but Selena later opened up and admitted that they were in fact together for a while.

Where Does Zedd Live and What Does His House Look Like? 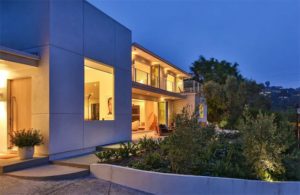 Zedd owns a $3.9 million estate in the Hollywood Hills. He reported purchased the mansion in November of 2014 after receiving a Grammy for his song “Clarity”. The house is 3,443 square feet and boasts 4 bedrooms, 5 bathrooms, and a heated salt pool.

How Did Zedd Get His Stage Name?

There have been no reported interviews in which Zedd explains the choice behind his name.

How Old is Zedd?

How Much Money Did Zedd Make Last Year?

In 2016, Zedd made a reported $24.5 million after all his performances and various music releases.

What Happened Between Zedd and Kesha?

During 2016 there was a lot of drama surrounding Kesha and her court case with Dr. Luke. The court case all began when Kesha filed a civil lawsuit against the producer for emotional distress and employment discrimination. She stated that he had physically and emotionally assaulted her and Dr. Luke later sued the singer for defamation and breech of contract. While all of this was happening, Kesha was unable to produce any new music because of the contract she had signed with Dr. Luke. However, in the midst of all the legal happenings, Zedd offered to produce a song with Kesha. The two artists came together and she ended up covering his song “True Colors”, but the only reason the song was released was because Dr. Luke gave them the permission to do so.