Bugzy Malone Net Worth 2018 – How Rich is the Grime Rapper? 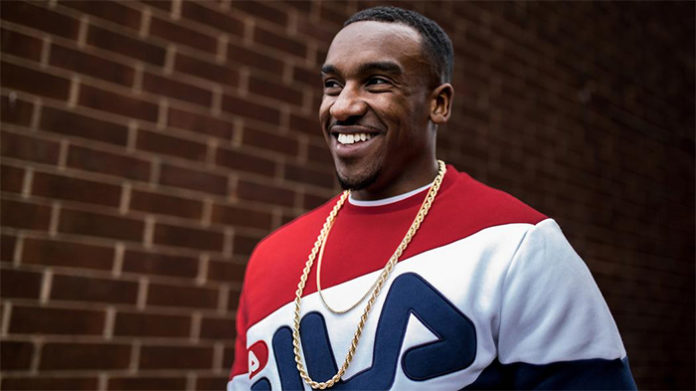 One of the most popular grime artists in the UK, Bugzy Malone made his debut with the 2010 mixtape, SwaggaMan. Based in England, the twenty something is considered to be a key player in the revival of the grime genre. Prior to taking music seriously, he spent most of his free time boxing- a sport that he enjoys to this day.

Despite having landed himself in prison during his teens, he successfully turned his life around with the help of music. At the age of twenty, Malone dropped his first mixtape, SwaggaMan online. Soon afterwards, he began performing freestyle for a Youtube channel known as KODH TV.

Since his official debut in 2010, the rapper has released five mixtapes, and three extended plays- all of which have charted in his native UK. Some of his popular hits include M.E.N., Relegation Riddim, The Revival, and Fire in the Booth.

How successful is the grime rapper now? As of 2017, Bugzy Malone is said to have an estimated net worth of $1.5 million. From what did he bank such a figure from? To find out, let’s take a closer look at his career over the years.

How did Bugzy Malone Make His Money & Wealth? 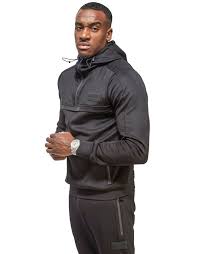 Born on December 20, 1990, in Manchester, England, Bugzy Malone (Real Name: Aaron Davis) grew up in a household of “career criminals.” Raised in poverty, the majority of his family members were involved with criminal activities. For instance, one of his uncles was shot in the face- a shooting that Malone witnessed for himself. To make matters worse, his parents separated when he was young due to domestic abuse.

Having grown up in such an environment, it’s not surprising to know that Malone himself got involved with gangs at a young age- at the age of eleven to be exact. By the time he was in his mid teens, his “wild” behaviour had led him to be expelled from high school; he was in year nine. From there, things only got worse as he continued to involve himself with crime. Sure enough, his acts soon caught up with him, leading him to be arrested at the age of sixteen.

Sent to HMP Stoke Heath, a prison for young male offenders, the teen ultimately missed the chance to take his GCSE exams. It wasn’t until a year later that Malone was released from behind the bars- by then, he was seventeen. Struggling to find a career for himself, he took up the sport of boxing as both a hobby and as a means to prevent himself from falling back into criminal activity. To this day, Malone continues to box in his spare time.

After living with his biological father for a short period in Marple, Greater Manchester, Malone relocated to the Heaton Park neighbourhood at the age of twenty. Ultimately, it was around that time that he found motivation to rap. Inspired by Risky Roads, a DVD series that also helped to inspire the careers of Skepta, Wiley, and Dizzy Rascal, he started to freestyle with his friends in his free time.

Finally in 2010, Malone released his debut mixtape dubbed, SwaggaMan. His first full-length project, it contained fourteen tracks, all of which fit into the Grime category. Some highlights from the tape include, Path of a Soldier, New Sound Original, Refuse to Use, Story Telling, Mortal Combat, and Back in the Day. Though not a smash hit per se, it yielded him a decent audience online. To date, SwaggaMan has been streamed close to 50,000 times on Youtube.

Around that same time, Malone started to perform freestyle for KODH TV, a Northern Grime Youtube Channel. As his presence grew, he eventually did freestyles on additional channels, one of which includes Grime Daily.

Continuing to put himself out there, Malone released a handful of mixtapes over the next few years including Why so Serious, Lost in MeanWhile City, The Journal of an Evil Genius, and Sterotyped.

Then in the summer of 2015, the Grime artist released his debut album titled, Walk With Me. Produced by Mr SnoWman, Thomas Mellow, Krunchie, and Zdot, it gave rise to eight tracks including Get Gassed, Watch Your Mouth, Ready to Blow, M.E.N., Get Paid, and Pagans. In his native UK, the album reached as high as number 8 on the Albums chart and at number 2 on the R&B Albums chart.

A year later in June 2016, Malone dropped his follow-up project, Facing Time. Originally announced in February 2016, the album gave rise to a few singles including Gone Clear, Mosh Pit Gang, and Late Night in the 0161. A concept album, using prison as a metaphor for fame, the track listing contained eight titles including Beauty and the Beast, I Suggest, Late Night in the 0161, and Moving. Another fair hit, the EP peaked at number 6 on the UK Albums chart.

His third studio album, King of the North was recently made available as a digital download on July 14, 2017. Unlike his previous efforts, it featured a few guest appearances from Tom Brennan, Shola Ama, MC Neat, and DJ Luck. In total, eight tracks came with the EP including We Don’t Play, Sniper, Bruce Wayne, King of the North, Aggy Did It, and Make or Break. As of 2017, the playlist has been played tens of thousands of times on Soundcloud.

Obviously, the twenty something has earned himself a decent amount from the above mixtapes and albums. Having said that, that’s not all that he has going for him on the money front- since his debut, Malone has also put on dozens of shows, all of which have yielded him a hefty sum.

Just last year, the artist performed over 20 dates across the UK, from his native Manchester to London. As far as more recent dates go, he’s already hit up over a dozen venues this year, as part of his 2017 worldwide tour. If you’re interested in seeing him live on stage, you’ll be happy to know that he has many performances scheduled for later this fall (most of which will take place in the UK). For more information on the venues and dates, please visit his official website.

Speaking of sites, Malone has another source of income- his Youtube channel. Since he launched his page in 2010, the artist’s subscriber count has surpassed the 210,000 mark. As of 2017, his videos have been viewed a total of 64.6 million times.

As you’re probably already aware, most Youtubers choose to monetize their content through Google’s partnership program. By displaying ads on their videos, they’re able to earn upwards of a few dollars per 1,000 views- obviously, this would add up quickly if they have a wide audience.

Assuming that the Grime artist has been making at least $2 per 1,000 views, he would have already earned upwards of $50,000 from his Youtube channel. Currently, his top upload, the official music video for Moving has been viewed over 9 million times.

For those who’d like to purchase some official merchandise, Malone has set up an online store via his website at turnintothedevil.bigcartel.com. From joggers to hoodies, the site has something for everyone; the last that we’d checked, costs ranged anywhere from £10 to £38.

In addition to his music career, Malone recently partnered up with Supply & Demand for a line of track suits in May 2016. The collection was later released in JD Sports stores.

So, where did the 26-year-old earn his $1.5 million fortune from? Now that we know more about his career, we can answer this question with a bit more confidence- for one thing, a decent portion of his earnings most likely came from his record sales. Second to that, his concert performances (most notably, his tours) are another big moneymaker- it wouldn’t be surprising if he were to make a few thousand per show, as it’s common with popular artists.

Given that the Manchester rapper continues to release new material, it’s almost guaranteed that his fame (and subsequent earnings) will continue to rise in the near future.

No, he is not married- from what we can tell anyway. Seeing as how he’s not one to talk much about his private life, his current relationship status has never been confirmed; for now, we can only assume that he is single.

Does Bugzy Malone Have Any Children?

No, the Grime rapper does not have any children that we know of.

Did Bugzy Malone Go to College?

No, he has not gone to college. As mentioned earlier, he was expelled from high school at the age of fourteen after getting himself involved with criminal activity.

Though he has since managed to turn his life around, Malone has not yet had the opportunity to resume his education.

Where Did Bugzy Malone Get His Stage Name From?

When he was thirteen years old, he was given the nickname of “Bugz” by a fellow gang member. With time, it eventually developed into “Bugzy Malone”- more specifically when he was serving his time behind bars.

Bugzy Malone currently resides in Manchester, England. At this point in time, we unfortunately do not have any further details, nor do we have any pictures of his abode to share.

What Kind of Car Does Bugzy Malone Drive?

We do not have any information on Bugzy Malone’s vehicle at this time.

One of the key emcees responsible for reviving grime, Bugzy Malone is currently one of the most popular artists of the genre in the United Kingdom with three top 10 hits on the UK Albums Chart.

Since his official debut in 2010, he has released three EPs, five mixtapes, and a number of singles- all of which were well received by fans.

A testament to his popularity, Malone has also embarked on a few concert tours over the past couple of years- all of which have served to further boost his presence around the world.

How Much Did Bugzy Malone Make Last Year?

Unfortunately, we do not have any information on Bugzy Malone’s 2016 earnings at this time.

As mentioned earlier, he most recently dropped his third EP, King of the North on July 14, 2017. His best-charting project to date, it managed to reach number 4 on the UK Albums Chart.

As far as on-stage performances go, his tour will be continuing well into this fall- until November 30, 2017 in London, UK.