A lot of people have a set idea of what exactly fame is and what constitutes a respectable path to it. Life is rarely predictable and sometimes fame comes to you, respectable or not. In these mercurial times, it takes persistence and dedication to get what you want out of life, to literally wrench fame and fortune from a world that systematically denies it to you. Cardi B is one of those people who knew what she wanted and was determined to get, no matter what it might take. She had a passion and a vision of what life could be that nothing in a hard life could stamp out of her, and it ended up paying off big time. So what’s the story behind this rising star and is her hype the real deal?

How Did Cardi B Make Her Money & Wealth? 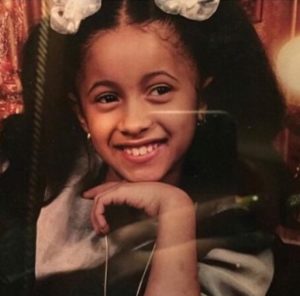 Born Belcalis Almanzar on October 11, 1992 in the South Bronx of the Big Apple, New York City itself, Cardi B and her sister Hennessy were the children of a Trinidadian mother and Dominican father. Splitting her time between Highbridge in the Bronx and her grandmother’s house in Washington Heights, Manhattan, Cardi B’s childhood was at times quite tumultuous. Her parents split and she had a strained relationship with her stepfather while both biological parents struggled to make ends meet, working long hours at minimum wage jobs. Running with the Bloods street gang during school, Cardi B still had ambition for great things in life and after graduating from Renaissance High School for Music and Technology, she enrolled at Manhattan Community College. Higher education is expensive and her job working in an Amish Market only barely paid the bills. After losing her job, Cardi B took up exotic dancing and though her decision caused a bit of strife with her mother, it ended up being just the jump-start the young New Yorker needed. Gaining popularity with clients, she credits stripping with saving her life, freeing her from a toxic, abusive relationship and the crushing poverty she’d lived in. Making money meant investing money back into the money-maker and Cardi B invested in cosmetic surgery; breast and buttock augmentation to cater to her audience’s tastes. She was being noticed in bigger and bigger ways, raking in a huge Vine and Instagram following, and little did she know she was about to hit big.

2015 was the year everything went supernova for Cardi B, taking her from the pole to prime time. In one year she made both her musical and television debuts, on Shaggy’s remix of Popcaan’s ‘Boom Boom’ and joining the cast of VH1’s Love & Hip Hop: New York (season 6), a show chronicling the lives and struggles of artists trying to make it big in the hip hop scene. Only a month later, in December 2015, Cardi B made her music video debut with her song ‘Cheap Ass Weave’, her version of Lady Lashurr’s ‘Queen’s Speech 4’, and she appeared in an episode of MTV2’s Uncommon Sense with Charlamagne. Early in 2016, she dropped her first mixtape, Gangsta Bitch Music, Vol. 1, and it was evident that her music was taking off in a big way, appearing on FYI’s Kocktails with Khloe, Khloe Kardashian’s variety talk show, and season 7 of Love & Hip Hop: New York, where she was already a breakout star (she left the show in 2016 to concentrate on her music). If 2015 was Cardi B’s big break, 2017 has been her blockbuster. She released Gangsta Bitch Music, Vol. 2, participated in New York Fashion Week with MAC Cosmetics, signed a major record contract with Atlantic Records, joined the cast of BET’s Being Mary Jane, opened for The Lox on their Filthy America…It’s Beautiful tour, and was nominated for two awards at the BET Awards.

All this would be more than enough for your average person but Cardi B wasn’t done with 2017 just yet. In June, Atlantic Records dropped ‘Bodak Yellow’, her first commercial single and it shot up the charts, hitting No. 3 on the Billboard Hot 100, No. 1 on the Hot Rap Chart, and No. 2 on the Hot R&B/Hip Hop Chart. It was certified gold and The New York Times called it, “the rap anthem of the summer.” Cardi B, the girl from the Bronx, had finally made it big.

Is Cardi B married? 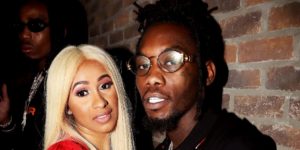 Cardi B is not married but that’s not stopping fans from spreading engagement rumours like wildfire. In a relationship with rapper Offset (of the group Migos), the two love to play it up for their combined social media audiences with expensive gifts, though Cardi B had to take a Twitter follower to task when they got salty, and she reminded them that she’s investing for the future and never wants to face poverty again. So what’s the girl herself got to say about wedding rumours? She told MTV that she had no ring but when asked if she wanted to get married, Cardi B replied that like many women, she did want to eventually settle down and start a family, taking solace in the idea of purpose that role can bring. However, she’s stressed that both she and Offset are still young and that at this stage of life, there’s no pressure to go on and tie the knot. Having previously told Wendy Williams that she didn’t really date, she did say it was all about having fun, and really, isn’t that the story of the best relationships?

What are Cardi B’s musical influences? 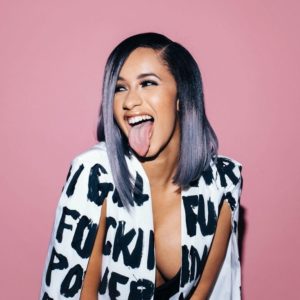 Cardi B tends towards the classics in influences and her style is raw, energetic, and definitely in-your-face (but in a good way!). She told Billboard that her favourite artists were Missy Elliot, Tweet, Madonna, and Lady Gaga, as well as Ivy Queen. As far as what get her blood pumping, Cardi B told Hollywood Unlocked that she was a big fan of ‘fighting songs’, that is, music to get the ‘inner bitch’ riled up but that creates a commonality all women share across class lines. Stylistically, she’s been compared to Foxy Brown and Lil’ Kim, honest and unapologetic, the kind of New York mentality that combines sex and attitude into something entirely irresistible. Unfiltered and keeping it real, Cardi B’s lyrics are tight and the vulgarity is just too much fun, almost a joyful celebration of everything that everyone tells you that you should scorn and look down on.

Who is the real Cardi B? 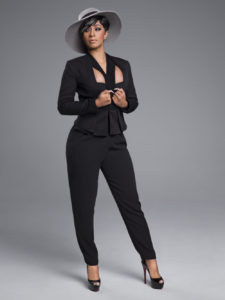 The real Cardi B is exactly who you see on TV, who you hear in the music, and who you follow on social media. Honest and intelligent, she’s not one to put on airs or worry about offending anyone’s sensibilities. Cardi B speaks honestly about poverty, domestic abuse, and how for her, stripping was a way out of that misery. An avowed feminist, she takes her role in female empowerment seriously, stressing that women should love their body and flaunt it if that makes them feel good. Questioned about the overt sexual nature of a lot of her lyrics and social media content, Cardi B told Complex that she actually wasn’t as ‘dirty’ as she’s made out to be and that she’s not telling women that they need to have sex constantly to fit into society’s mold for them, just that they need to enjoy themselves and feel empowered. When asked, she’s confirmed that she is Christian and feels a deep connection with God, crediting Him with providing the exotic dancing job to help her escape her troubles after she prayed.

Cardi B – Beyond Fame

What’s next for this sassy singer? There are rumours that she’ll be headlining Power 105.1‘s Powerhouse music festival in October alongside The Weekend, Migos (featuring her beau Offset!), and Lil Uzi Vert at the Barclays Center in Brooklyn. Cardi B holds nine nominations for the upcoming BET Hip Hop Awards (tied with legends DJ Khaled and Kendrick Lamar) and with her first single such a commercial success, her fans are eagerly awaiting her first album with Atlantic Records. A social media darling with almost 1 million followers on Twitter, nearly 10 million followers on Instagram (the platform that took her viral in 2013), it’s safe to say that Cardi B isn’t going anywhere, whether you like her or not (and how can you not?!?).