Shannon Beador Net Worth – How Rich is the Real Housewives Star Actually? 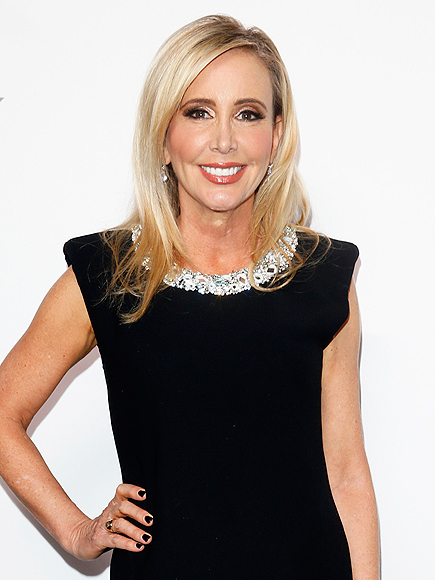 Shannon Beador is an American businesswoman and socialite best known for appearing on the Bravo Reality series The Real Housewives of Orange County. She first appeared in the show during its 8th season in April 2014, and still plays a central role today. Shannon Beador is by far one of the show’s wealthiest wives. Beador is known for her honest personality and dedication to healthy living. Her struggles with weight loss and her marriage are often topics of RHOC.

Although she has been on the show less than long-time members such as Vicki Gunvalson or Tamra Barney, Shannon Beador is one of the Real Housewives of Orange County’s hottest stars. The show documents much of her personal life, but viewers often relate to her struggles with relationships, weight, and self-esteem. Her kind and honest personality has helped her build a large following of supportive fans.

Shannon Beador has 815,000 followers on Instagram. Her other social media accounts boast similar follower counts. Beador’s Facebook page has 180,000 likes, and her Twitter has 205,000 followers. Paychecks from sponsorships and RHOC appearances could easily provide her with enough to live comfortably. She makes as much as $300,000 per season of RHOC. Beador often uses her social media pages to promote charitable causes and healthy living.

The relationship of Shannon Beador and her husband David is often discussed in Real Housewives of Orange County. David Beador is a wealthy businessman who has run Beador Construction since 1996. The business profits an estimated $13 million per year, and the Beador family takes a healthy cut of that. Shannon and David have also invested in realty together with considerable success.

How Did Shannon Beador Earn Her Money & Wealth?

Shannon Beador was born on March 25th, 1964. She was born into a wealthy family in Bel-Air, California. She spent much of her early life in Bel-Air. The star is quite well traveled in just California alone – Beador lived in San Diego, Santa Fe, and Rancho while still in high school. She attended USC after graduating high school.

From an early age, Shannon Beador turned to healthy living to help her cope with stress and overcome struggles. She has been notoriously paranoid – once not allowing her children to have cell phones due to fear of radiation. Her own parents had similar beliefs.

Shannon Beador married David Beador in 2001. David had launched Beador Construct just 5 years prior. After their marriage, Beador became involved in some of the duties of running the business. Beador Construction primarily works on roads, bridges, and streets. It also does some work in residential areas. The company’s services are constantly in demand, which has made it very profitable.

Despite the success of their business, Shannon and David Beador have had a rocky marriage. Stress from running the company and weight fluctuations have caused tensions between the couple. These issues have been highlighted since Shannon’s first appearance on RHOC in 2014. Thankfully, Shannon and David have been resolving their issues. At the moment, Shannon has received much support from her social media following for losing 20lbs. The monumental task is even more impressive considering she gained pounds in less than a year due to stress.

David and Shannon Beador have three children: Sophie (age 15) and twins Adeline and Stella (age 10). Family is very important to Shannon, and she is almost always pictured alongside her husband and children.The family lives in Newport Beach.

Shannon Beador is one of The Real Housewives of Orange County’s biggest spenders. One of her largest purchases was a $13 million dollar Newport Beach mansion, which she later relisted for $16 million. The Beador family currently reside in a modern beachside residence also located in Newport Beach. The home is one story, but is very spacious and has many rooms spread out over the land. The entrance hallway alone has more square footage than most apartments!

The weight gain of Shannon Beador has been a hot media topic. Beador gained over 40lbs in a short period due to stress in her personal life. Despite eating a strictly organic diet, she often turned to food to relieve her stress. The weight gain negatively affected her marriage and friendships, but her co-stars and viewers supported her to lose the weight. She has already managed to lose over 20lbs with strict dieting and exercise.

Shannon Beador is also a fan of holistic health and healing. She takes many natural health supplements. Beador is a dedicated practitioner of Feng Shui. She even has a resident Feng Shui advisor in her home!